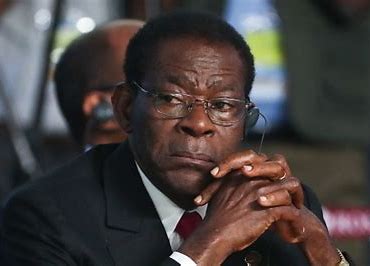 Energy Capital & Power (ECP) has announced a partnership with Equatorial Guinea’s Ministry of Mines and Hydrocarbons for the premier US-Africa Energy Forum 2021.

The USAEF will take place in Houston, Texas, on October 4-5, 2021. Equatorial Guinea’s Minister for Mines and Hydrocarbons will address the forum to pave the way for the ministry to showcase the opportunities in the West African nation.

The Africa Energy Series report will be distributed in print and digital form and the documentary shown on international television outlets, that includes CNBC Africa.

In a statement, the ministry announced that the Energy Capital & Power had agreed to a strategic partnership with Equatorial Guinea’s Ministry of Mines and Hydrocarbons for the highly anticipated US-Africa Energy Forum (USAEF) and the Africa Energy Series to be titled Equatorial Guinea 2021 Investment Report and Documentary.

Equatorial Guinea’s MMH will be participating actively in the USAEF, which serves as the premier event for taking US-Africa energy partnerships to new heights.

Mines and Hydrocarbons Minister Gabriel Obiang Lima will speak at the forum’s 2021 event in Houston, USA, that will run from October 4-5, 2021 and at the preceding networking function in Washington DC on July 12.

The MMH has fully endorsed the forum and in recognition of the valuable role US companies involved in the Equatorial Guinea market play, the minister formally invited all companies and investors to participate in the event in a letter.

“America is a preferred partner for Equatorial Guinea and we are keen to engage with existing investors and new companies to further develop our energy sector. The USAEF is the primary venue to fulfil these goals,” said Obiang Lima in the letter.

The letter said further, “ECP is also excited to announce its partnership with, and official endorsement by, the MMH to produce the Africa Energy Series: Equatorial Guinea 2021 Special Investment Report and Documentary.”

The report will provide a comprehensive analysis of Equatorial Guinea’s dynamic market through insightful interviews and in-depth articles and resources, produced digital and in print forms and distributed to a wide network of international stakeholders.

The documentary offers a visual overview of the market and will be filmed by CNBC Africa and shown on the network, as well as on national television, online and at ECP events. In-country production of the book and documentary began today, and both initiatives will be officially launched in Houston at the USAEF by Mr Lima.

“Now is a critical moment to communicate and evaluate Equatorial Guinea’s successes and outlook to the world. The book and documentary titled The Africa Energy Series: Equatorial Guinea 2021 will… be the official platform for the government and private sector of Equatorial Guinea to take a strong message to international investors and partners on our continued value creation and progress,” Lima explained.