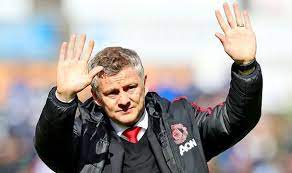 Manchester United’s top bosses have been roundly lambasted for their decision to announce that an ‘interim manager’ will take charge of the club for the rest of the season after the exit of Ole Gunnar Solskjaer.

Solskjaer was sacked on Sunday morning following United’s crushing 4-1 defeat at Watford on Saturday, with that result making it five Premier League defeats in seven outings for the under-performing Red Devils.

Current first-team coach Michael Carrick will take charge of the forthcoming games, while the club looks to appoint an “interim manager” for the rest of the season – as they revealed in a statement following the Norwegian’s departure.

The statement read, “Ole will always be a legend at Manchester United. It is with regret that we have reached this difficult decision.

“While the past few weeks have been disappointing, they should not obscure all the work he has done over the past three years to rebuild the foundations for long-term success.

“Ole leaves with our sincerest thanks for his tireless efforts as Manager and our very best wishes for the future.

“His place in the club’s history will always be secure, not just for his story as a player, but as a great man and a manager who gave us many great moments. He will forever be welcome back at Old Trafford as part of the Manchester United family.”

But speaking to Sky Sports News in the wake of the statement, former Ipswich star Darren Ambrose and chief football writer for the Daily Mirror Darren Lewis both lambasted the club’s announcement of appointing an ‘interim manager’ for the remainder of the campaign.

Ambrose said, “For me that’s the wrong decision. They made the decision to get rid of Ole, but if they are hiring an interim manager they may as well have kept Ole.

“Now is the time, you’ve made the change, you’ve stepped up as owners and made the decision that everyone knew was going to happen.

“Either get your cheque book out and find someone like Brendan Rodgers or go and get Zidane – unless he’s distanced himself and already said no.

“They can afford any one of the managers so why have an interim manager until the end of the season. I just don’t understand, have they already given up on this season and the top four? I don’t know.

“Michael Carrick or Darren Fletcher may do a fantastic job but they are not going to be there beyond the end of the season, in my opinion. They need an elite manager so go and get one.”

Lewis added, “It’s symptomatic of the lack of leadership and decision-making at the top of the club in relation to football that they’ve made this decision.

“They are just six points off the top four and it’s easily achievable if you were to go out and get an elite manager.

“Why would you put one of the backroom staff in who worked for the guy who was treading water. It seems very strange and a lack of leadership is to blame for the club being in the state it’s in now.”