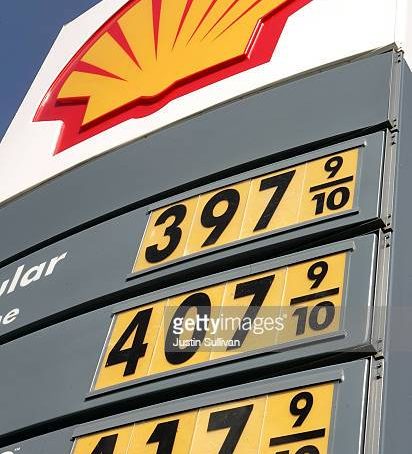 Since November 2020, oil prices have risen by 70 per cent, hitting $70 per barrel in March. A united Opec+ (comprising the 13 Opec members plus 10 other big oil exporters), fast-recovering economies, the snowstorm in Texas and rising geopolitical tensions in the Middle East – the recent Houthi attack on a Saudi oil exporting facility being just the latest in a series of military provocations – have pushed oil benchmarks high.

The sharp upward hike has reinforced predictions that oil prices will soar when the Covid-19 pandemic fully abates, marking the beginning of an oil supercycle, with prices potentially shooting toward or even above $100 per barrel – a level not reached since 2014.

If this happens, oil would be only one of the many commodities that would benefit from unprecedented demand on the back of expansionary fiscal policies adopted by governments around the world.

Commodity supercycles are extended periods during which commodity prices are well above or below their long-run trend. They usually last much longer than business cycles, the typical up-and-down fluctuations of the economy. For a supercycle, it might take a couple of decades to get from one trough to the next.

When it comes to oil, it is possible to identify five supercycles since the beginning of the 20th Century. Each has its own features, with the length of the upswing and downswing phases varying considerably from cycle to cycle.

The first three coincided with the military build-ups in the two world wars and with the reindustrialisation of Europe and Japan in the late 1950s and early 1960s. The first true supercycle started in the 1970s, peaked in the early 1980s, and expired in the mid-1990s. That one was triggered by Opec’s oil embargo.

The latest supercycle, by contrast, started in the mid-1990s and gathered momentum with China’s meteoric rise. What is unclear at the present stage is whether this cycle has ended and a new one is starting or whether the latest price surge is just a blip in an otherwise ongoing downward trajectory.

With the exception of the Opec-driven cycle, all past supercycles were driven by fast-growing demand. The dynamic is simple. Periods of rapid industrialisation and economic development boost oil demand, pushing oil prices beyond their long-run equilibrium until new and adequate production capacity is built to meet the increased needs of the market.

That new capacity comes after a delay; given the high start-up costs for new investment (particularly for traditional producers) and the long life of physical capital, firms need to be sure about the structural nature of the demand increase before they make any moves. But this delay compounds the rise in prices.

Proponents of the idea that a new oil supercycle is starting emphasise a number of forces, primarily from the demand side, that point to widening market imbalances. These include the post-pandemic economic recovery, highly accommodative fiscal policies and more aggressive environmental policies around the world.

The plans to contain the economic fallout of the pandemic are expected to keep stimulating demand during the recovery across the major economies. In particular, US President Joe Biden’s $1.9 trillion rescue package targets primarily middle- and lower-income households that have a higher propensity to consume. It could, in turn, boost consumption.

Meanwhile, the green transition is gathering momentum around the world. The Green New Deal touted by Biden during his electoral campaign envisions investing $1.7 trillion (of an estimated $5.3 trillion through 2030) in projects aimed at greening the US economy.

An additional $3 trillion will come from the private sector. At least in the short term, though, this fight against climate change will boost demand for the commodities (oil included) needed to build renewable energy infrastructure, batteries, and electric vehicles.

Not only does the United States need to renew its aging infrastructure, but it needs to do it in a way that takes into account, for example, an ever-increasing number of electric vehicles. Other countries are no different.

Following the logic of the supercycle theory, it will take time for commodity producers to catch up with rising demand, pushing oil prices higher. Most oil projects, including those taking advantage of unconventional sources such as Canada’s oil sands, take three to six years after a firm’s investment decision before they are up and running.

Only shale oil projects in the United States can take less than one year to develop, but the life of such wells is rather limited (around 12-18 months). And the industry has suffered from years of underinvestment that was further compounded by Covid-19.

Last year, around 30 per cent of planned investment projects worldwide were cancelled or radically scaled back. All this seems to point, again, to the dawn of a new supercycle with higher and higher prices in the years to come.