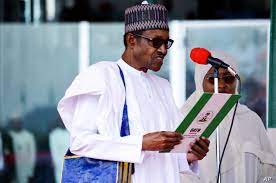 The report, which tracked the human rights performance of most countries, stated that Nigeria’s mismanagement of resources is largely responsible for the country’s rarely improving human rights crises.

Nigeria’s human rights record is “very poor” and is “worse than [the] average in sub-Saharan Africa,” reports Premium Times newspaper, citing a new report by an international organisation that was made public on June 18.

Referring to The Human Rights Measurement Initiative (HRMI), the paper reports that Nigeria’s score for economic and social rights falls within a ‘very bad’ range.

The report, which tracked the human rights performance of most countries, says Nigeria’s mismanagement of resources is largely responsible for the country’s unfortunate human rights crises.

“Millions of Nigerians could have better lives,” HRMI report says. “If Nigeria were to operate at its full potential given its current resources, we would expect an additional 12 million children under five to grow well and not be stunted.

“If Nigeria were operating at best practice, we would expect an extra 3.6 million additional children to reach their fifth birthday,” HRMI said.

The HRMI 2021 ‘Rights Tracker” is the first global report to assess the 13 different human rights contained in United Nations treaties for around 200 countries.

The report adopted two different methods for appraising a country’s performance; with the first benchmark being ‘income adjusted.’

Using the income adjusted benchmark, the report compared countries with other countries of a similar income level to evaluate how effectively each country is using its available resources.

“The second benchmark is ‘global test.’ This benchmark evaluates country performance relative to the best performing countries at any level of resources,” it said.

Each assessment standard uses a set of indicators that are commonly available and most relevant for these countries, HRMI said. “Every country gets assessed on both standards to the extent the information is available in international databases.”

A careful examination of the report  conveys a picture at odds with the human rights record Nigeria’s government repeatedly claimed has improved.

On fundamental issues about harsh economic realities, the report said, “If Nigeria were operating at its full potential given its current resources, it could lift 118 million people out of absolute poverty.”

President Muhammadu Buhari in his speech on Democracy Day claimed his government has lifted 10.5 million Nigerians out of poverty in the past two years, a statement dismissed by fact-checker as “grossly misleading.”

“The civil and political rights data, and the people’s risk responses were collected in February and March 2021, about events in the year 2020,” HRMI said, an indication the Nigerian government’s clampdown on #EndSARS protesters in October 2020 may have counted against the country.

“The economic and social rights data are based on figures from international databases and provide scores for every year from 2007-2018,” HRMI said.

Sadly, the report noted, Nigeria’s scores for all four of these “economic and social rights” fall within the ‘very bad’ range.”

For all the four rights, Nigeria performed worse than most countries in Sub-Saharan Africa.

Taking each country’s income into account, the report said Nigeria is in the bottom fifth in Africa for all four rights.