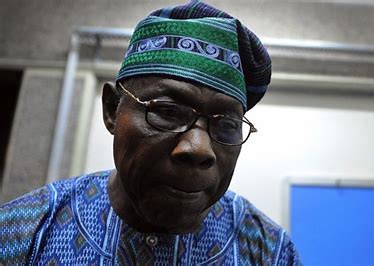 Insecurity in Nigeria is growing in scale, spread and sophistication, according to recently published research findings by the International Security Studies (ISS).

“While no zone or state in Nigeria is immune from violence, security governance in Nigeria’s south-east is particularly worrying. The structures, institutions and personnel responsible for providing security, management and oversight at national and local levels are lacking,” it says.

It explains that the significance of the south-east to national development “cannot be ignored, and conflict here risks destabilising the area’s economy.”

Cities such as Onitsha, Aba and Nnewi have emerged as manufacturing and commercial hubs, with export links to other Central and West African countries. Manufacturing makes up 31 per cent and 30 per cent of businesses in Onitsha and Aba. The unfolding violence in the south-east poses a serious threat to economic development and social stability.

The dramatic surge in the activities of the criminals described as “unknown gunmen” has not occurred in a vacuum. It’s a result of separatist agitation and associated repressive state responses, and the designation by the federal government of the Indigenous People of Biafra (IPOB) as a terrorist organisation.

The deterioration of security comes against the backdrop of growing campaign for Biafran independence staunchly championed by the IPOB, led by Nnamdi Kanu, with a huge following of young people born after the Nigerian civil war. Their desire for an independent Biafra state is fuelled by a feeling of marginalisation and historical grievances against the government.

The government has responded to separatist agitation through aggressive militarisation, security crackdowns and mass arrests of supporters and youths. Amnesty International documented at least 115 people killed by security forces between March and June 2021, with over 500 arrested after police and military raids in response to spiralling violence in the south-east. Since 2021, the relatively calm region has taken a violent twist with frequent clashes between government forces and pro-Biafra supporters.

According to the report, “Failure of governance has led to an increase in attacks in the south-east. It is the responsibility of state establishments (military, security and intelligence agencies) to ascertain the true identity of those responsible for the violence and bring them to book. The state should also be providing citizens with security and welfare.”

The gunmen often target security personnel at their stations or checkpoints. Personnel are killed, and their vehicles and duty posts are burnt. More than 20 police stations were attacked in parts of the south-east in the first five months of 2021, with many police officers killed. The most recent attack was at the Umuguma police station in Imo State.

In some cases, police stations are burnt and weapons stolen. With more guns in their hands, attackers have become bolder and have branched into other criminal activities such as kidnapping for ransom in the zone’s five states.

Attackers have also targeted government facilities such as the Independent National Electoral Commission offices, prisons and courts. Insecurity has been compounded by jailbreaks launched by the attackers, leading to more criminals re-entering society.

The spate of violence in Nigeria’s southeast and the government’s inability to effectively protect life and property is taking a toll on almost all aspects of life, including socio-economic development. The violence also negatively affects the livelihoods of the poor, who ply their trade in the informal economy. Imo State is considered the heartland of the south-east, and its hospitality-driven economy is fast declining.

ISS warns, “Violence is causing businesses in the five states to close or relocate outside the zone. This adds to unemployment and the loss of internally-generated revenue for state governments.”

An overtly militarised response to violence has not resolved Nigeria’s security challenges. The use of force may lead to the arrest and killing of criminals and stop their logistics and enablers, but won’t remove the underlying drivers of violence.

“These include generalised feelings of alienation, widespread youth unemployment, perceived political marginalisation, and repressive responses by state forces. A holistic approach that prioritises strategic dialogue for dousing tension is needed,” the report points out.

Such dialogue should involve the federal and state governments, IPOB representatives, traditional rulers, women’s organisations, youth groups, security forces and civil society organisations. These critical stakeholders need to discuss possible solutions to state-specific insecurity and their links to the broader dynamics of violence in the region.

State governments should work on a zonal framework to articulate and pursue a robust development blueprint for the region. This should include targeted empowerment programmes designed for unemployed youths to minimise their vulnerability to recruitment by separatist and criminal groups.

A holistic response to insecurity in Nigeria’s south-east is vital to relieving separatist tensions and addressing local grievances, which should ultimately help rebuild trust in the federal government.

Blurred lines vs complementarity: Professional question the boundary between researchers and support staff