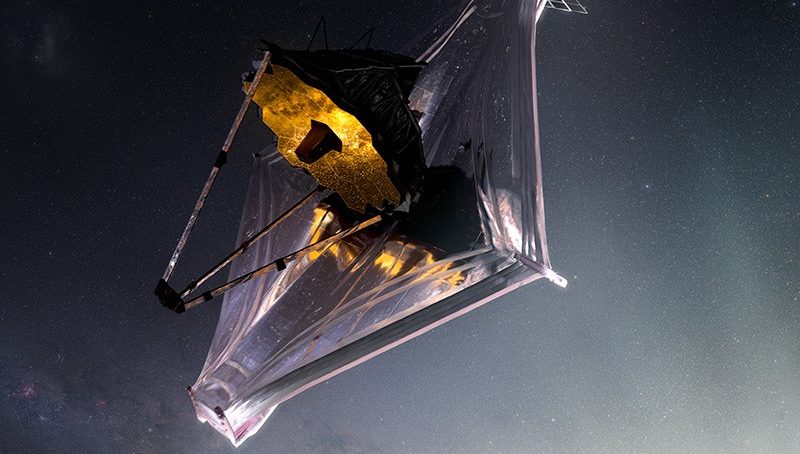 After several tense days of unfurling and clicking its various parts into place, the biggest and most sophisticated space telescope ever launched is now complete.

On January 8, NASA’s James Webb Space Telescope slowly swung the last three of its 18 hexagonal mirror segments into position, locking them together into one 6.5-metre-wide, gold-coated cosmic eye. The move capped an essentially flawless two weeks of engineering manoeuvres – the most complex astronomical deployments ever attempted in space – since the telescope’s Christmas Day launch.

“I am feeling absolutely elated,” says Antonella Nota, the European Space Agency’s project scientist for Webb. “We are now all part of history as we watch this magnificent machine getting ready to explore the Universe.”

The $10-billion observatory still faces many significant tasks, such as aligning its mirror segments and calibrating its four scientific instruments. But it has finished the riskiest engineering moves, without which it would have been inoperable. Those include deploying a kite-shaped, tennis-court-sized sunshield to shade the telescope from the Sun’s heat, and positioning its primary and secondary mirrors to capture light from stars, galaxies and other cosmic objects.

Photons are now bouncing between Webb’s mirrors, making it an operational observatory.

“This is unbelievable,” said Bill Ochs, NASA’s project manager for Webb, in a January 5 webcast from mission control at the Space Telescope Science Institute in Baltimore, Maryland. “We actually have a telescope.”

Webb, which launched from Europe’s Spaceport in Kourou, French Guiana, is now more than one million kilometres from Earth. It should reach its final destination, a gravitationally stable point in space known as L2, on 23 January. From there, it will study astronomical phenomena such as the most distant galaxies in the Universe, newborn stars enshrouded in dust and the atmospheres of extrasolar planets.

Unlike its predecessor, the Hubble Space Telescope, Webb detects infrared wavelengths of light. That allows it to peer into previously unexplored realms, but also requires it to work at extremely cold temperatures, so that it can spot faint heat signals coming from the distant Universe. Webb’s sunshield is crucial to achieving that frigidity.

That’s why many scientists were most nervous about opening it and stretching it into place. After launch, Webb had to unfold two rectangular pallets containing the sunshield, unroll its protective covers, pull it into a kite shape and finally tug its five gossamer layers to be taut. The process had been tested multiple times in a laboratory on Earth, but never in zero gravity in space, which could have introduced unexpected problems.

“I think I was just nervous about deploying something big and floppy,” Hertz says. No other space observatory has had such a shield, so it is “new and unfamiliar”, he adds.

Any step could have failed dramatically, but none did. Webb pulled the last of its sunshield layers into the correct tension on January 4. “There was a lot of joy, a lot of relief,” said Hillary Stock, an engineer with Northrop Grumman in Redondo Beach, California, which designed and built the sunshield. After that, Hertz says, he wasn’t nervous anymore.

But other scientists were anxious until the next day, when Webb deployed its secondary mirror. This process involved extending a giant hinged tripod out in front of the telescope’s primary mirror to lock its 74-centimetre-wide secondary mirror into place.

The last major step came at 10:29 am. US Eastern time on January 8, when the final segment of the primary mirror swung into place. That mirror is so large that, like the sunshield, it had to be folded up for launch to fit atop the Ariane 5 rocket that carried it to space.

Other successful deployments during the past two weeks include swinging out a radiator that will funnel excess heat away from the telescope’s scientific instruments and dump it into space.

Next up, Webb will begin tweaking the positions of the primary mirror’s 18 segments to align them to properly focus light that they collect. The telescope also continues to cool down towards its operating temperature of around 40°C above absolute zero, or -233°C. It is currently nearly -200°C on its cold side, behind the sunshield.

After Webb reaches L2 in about two weeks, it will have around five more months of set-up before it can start returning science results. “I cannot wait to see the first data,” Nota says.

Webb took three decades to develop and repeatedly ate into NASA’s budget. The European and Canadian space agencies are also partners in the project.