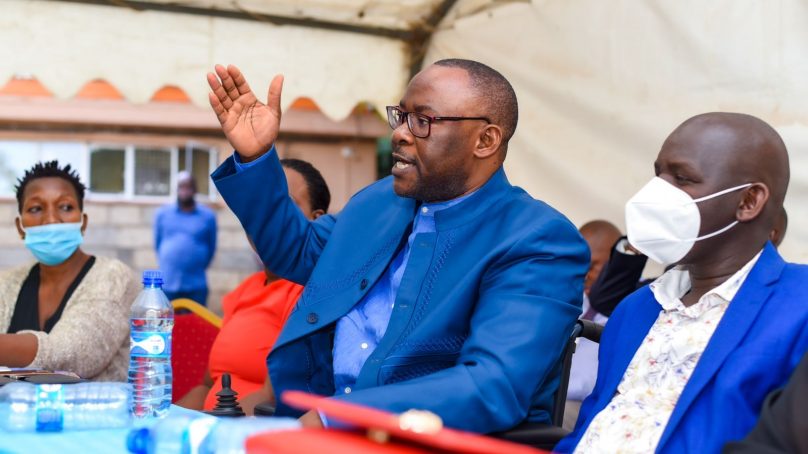 Glorified in the past as the “Green City in the Sun” with its clean and secure streets, timed urban public transport and functioning social amenities, Kenya’s capital Nairobi has slipped into the doldrums in the past four decades as a result of years of ruin through bad governance and deep-seated fraud.

The rot and malfeasance gave it the nickname “Nairobery.” The Nairobery or Nairobi robbery derives from the brazen economic crimes presided over by the county government, which sums up the state of neglect and dysfunction. It has over the years scared off potential investors in of one Africa’s cities teeming with skilled labour-force.

The hunt – billed the longest and toughest public service ‘interview’ after the presidency – for the next governor of Nairobi is already underway with four potential candidates going public about their intention to replace the disgraced Mike Mbuvi ‘Sonko’.

Sonko was last year banished from the office on allegations of abuse of office, corruption and alleged involvement organised crime. He has pending cases in court.

Of the four already spirants, Mr Wanyonyi is the most visible while Sakaja blows hot and cold. Ms Wanjiru, who is yet to hit the road, campaigns during church functions. Ms Kananu on the other hand was until Monday this week bogged down by litigations occasioned by her controversial rise to the helm of Nairobi County government were addressed in court.

On Monday (November 8), though, the Supreme Court gave her the lifeline to assert her authority as the substantive governor of Nairobi for the next 10 months. It dismissed Sonko’s petition.

While Kananu has been embroiled in legal battles about the legitimacy of her tenure, Sakaja has been riding the wave generated ANC leader Musalia Mudavadi – a presidential aspirant – to popularise himself.

According to Wanyonyi, ineptitude and structural overlays have created inefficiency in running the city, helped by deep-seated corruption, which are cited by governance experts as the cause of high cost of doing business. The cost has been rising against the backdrop of organised crime and political patronage witnessed in the past 10 years.

With an annual allocation of Ksh85 billion (715 million) from the national government, the county government has internal revenue generation potential of approximately Ksh30 billion ($268 million) per annum, according to its county assembly budget team.

Elected into office in 2017 on the spur of “youthquake” as the county – and by extension the country – yearned for young and responsive leadership, deposed Governor Sonko quickly became the face of serious crime in the city. The city at present is, according to investigators, indirectly governed by criminal gangs bearing euphemistic names such as Sonko Rescue Team, Nairobi Business Community or neighbourhood security and water teams.

The gangs are countermand by those controlled by rivals such as Mungiki, Taliban, Baghdad Boys, Jeshi la Mzee and many others.

In a word, Nairobi County is a criminal enterprise in urgent need of reclamation for meaningful social and economic resurgence. This is how Ida Odinga, wife of ODM party leader and presidential aspirant in the 2022 elections, described the city when she endorsed Wanyonyi on Saturday (November 6).

Ida went on, “By the fact that he has dared to dream bigger, let us support him. It is good to dream and have ambition. Tim has shown through hard work and discipline that it is possible. Tim is like my elder son and he has a vision. We will ensure that we support him so that he becomes our next Nairobi governor in 2022 on ODM party ticket.”

A number of police and investigative agency crime reports trace some serious crimes in Nairobi to City Hall and the County Assembly, both described as dens for extortion and terror.

While the previous government of Dr Evans Kidero was accused of being inept and too corrupt to rein in the extortionist and organised crime gangs, Sonko on the other hand, according to police, was an enabler of crime and extortion.

The latter was the reason President Uhuru Kenyatta cited when he set out to send Sonko to the cleaners. He replaced him with Maj-Gen Mohammed Badi, who heads the Nairobi Metropolitan Services (NMS), until the next county government is elected in 2022.

Meanwhile, voters in Nairobi are gearing up for the next cycle of election with a ready checklist for the leadership they want, a departure from the past two elections in which the “anything goes” attitude brought into office the likes of Kidero and the eccentric Sonko, their corruption background and criminal pasts notwithstanding.

Sonko, in addition, owned academic certificates that did not reflect his intellectual, economic, social and political grasp of Nairobi’s development needs. On a number of occasions, Sonko was summoned by Senate finance and security committees to respond to allegations of misappropriation of public funds, abetment of crime and abuse of office, which alarmed his party and the president.

With a strong background in law and legislation, Wanyonyi finds acceptability across the board. Nominated Nairobi Senator Beatrice Kwamboka, describes him as selfless and accommodative to divergent views, political ideology, race and ethnicity.

“I am asking you to hold my hand. And my community will hold your hand and together, we will win,” Kwamboka, said and promised to rally her Kisii community to vote for the MP.

However, the endorsement by Ms Kwamboka and Mrs Odinga is not a done-deal for Wanyonyi who will still be expected to go through the usually chaotic and messy ODM nominations. The MP has already warned that he will settle for nothing short of free and fair party primaries. He is ready to run as an independent if ODM denies him the ticket.

“There can only be one governor at a given time. I will fire my deputy should he derail my vision,” he warned. The MP says the benchmark for retention senior staff at City Hall will be service delivery.

“I will even sack my deputy if he or she does not share my vision. There will be no room for compromise on service delivery. Loopholes through which revenue is lost will be sealed,” vowed the legislator during the November 8 meeting.

As the city prepares for new leadership, the county government is burdened with debts that total Ksh78.1 billion ($700 million), having inexplicably risen from Ksh22.6 billion ($202 million) in four years from Ksh55.5 billion ($496 million) in July 2017. The funds, according to auditor-general, were pilfered.

Wanyonyi, rated twice best performing MP in the country in 2020 and 2021 by public service and accountability watchdog, Mizani Africa. He says he will officially announce his candidature this month. The MP has been under pressure to redeem Nairobi from political crooks and thugs, who operate in the city under the guise of Nairobi Business Community.