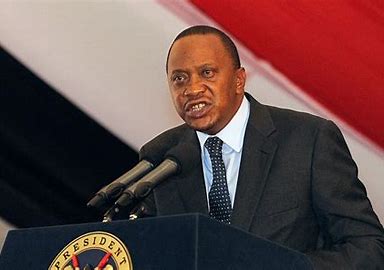 I am a Kenyan citizen and resident taxpayer who, alongside 48 million of my fellow citizens, has watched with utter dismay and increasing frustration as your government has run the affairs of our land with criminal negligence, thereby placing in great jeopardy not just our present fortunes but our children’s future.

The problems facing our country under your government are legion. They are widely documented and well known to you, and so I will not rehash them here. Suffice is it to state that under your watch, our economy is at an advanced stage of collapse, a state of affairs that is attributable to and exacerbated by the ballooning public debt and runaway official corruption.

Mr President, just like in a marriage, there comes a time that the relationship between the rulers of a country and the people they govern becomes irretrievably broken down. When this happens, the people no longer owe the rulers the duty to obey them or continue to confer legitimacy upon a government that has clearly demonstrated its unwillingness or inability to steward wisely the affairs of their country for the welfare of society and the just government of the people.

The relationship between your government and We the People became irretrievably broken down when it became clear that your government is just a sophisticated arrangement to enable the few to steal and enjoy the plenty within our borders while the vast majority of our people barely have anything to eat.

It became problematic for We the People to continue to cooperate with our own oppression when you continued to demonstrate that the only reason for your government to exist was to cleverly invent new ways in which to take necessities from the masses in order to give luxuries to the classes.

It became untenable when you decided to mortgage our children’s future by going on a reckless borrowing spree, which has led to the ballooning national debt to Ksh7 trillion and counting. This has been compounded by runaway corruption through which, according to your own public admission recently, our country loses Ksh2 billion daily to corruption under your watch.

Mr President, there comes a time when a government so mismanages the affairs of its people that silence from the people becomes betrayal and inaction amounts to treason. What shall we tell our children if we keep silent and fail to act at such a time as this to stop the reckless plunder of our country?

We must speak out and we must act to save our beloved country from the existential threat posed by your government and to preserve it for future generations. We urgently need to have a comprehensive and genuine national conversation as to how to save our country from imminent collapse.

(Please note that by a national conversation, I do not refer to the political con game called the BBI (Building Bridges Initiative) or the meaningless fights between different factions of the political divide as they cast lots to determine how to divide among themselves the garment that covers our country’s nakedness and how to divide our public resources among themselves come August 2022).

Even as we prepare to convene that national conversation, it barely needs stating that to continue paying taxes to a government whose Chief Executive openly admits that Ksh2 billion of our hard-earned taxes gets stolen on a daily basis on his watch would be to abet in this grand theft of scarce public resources. We cannot in good conscience continue paying our hard-earned money into your treasury for thieves to steal at will and politicians to plunder at whim. In view of the forgoing, Mr President, I now write to notify you as follows:

1.     That since I earned my first salary up until the present day, I have been a law-abiding and faithful taxpayer; the Commissioner of Domestic Taxes can confirm that;

4.     That according the Income Tax Act the deadline for paying income tax to the Kenya Revenue Authority (KRA) is midnight tomorrow, April 30, 2021

5.     That, however, and in view of the foregoing reasons, I shall not be paying the said tax to KRA (Kenya Revenue Authority);

6.     That instead I have opened the following dedicated bank account in which I have deposited the said tax amount of Ksh32,126 to be held in trust for the people of Kenya unless and until you fulfil the conditions listed in No.8 below.

7.      That this money and any other taxes that may become due from me shall remain in the said account until you demonstrate that you and your government are serious about leading a genuine national conversation about the myriad existential problems created by and/or facing your administration;

8.     That to demonstrate your ability and willingness to start addressing in good faith the existential threats to which your poor leadership has exposed our country, which will in turn persuade us to release the tax money held in the trust account to KRA, we demand that you take the following steps within the stated timelines:

a.     Within seven days of the date hereof, you make public the details of the contract between the government of Kenya and the People’s Republic of China for the construction and operation of the Standard Gauge Railway;

b.     Within seven days of the date hereof, you recall and rescind the Ksh4.5 billion car grant that you unlawfully awarded members of the county assemblies (MCAs) in January 2021 to induce them to pass the BBI Constitutional Amendment Bill. With the approval of Parliament, half of the money recovered should be applied to providing support for families and small businesses worst affected by the economic effects of the Covid-19 containment measures. The other half should be applied to paying off part of the $2.34 billion loan recently approved for Kenya by the International Monetary Fund (IMF)

c.      Within seven days of the date hereof, announce a timetable for setting up within ninety (90) days of a Truth Commission to investigate the nature, causes and consequences of corruption in Kenya, with powers, inter alia, to make recommendations for prosecutions, asset recovery, lustration, and, in appropriate cases, granting amnesty in exchange for truth and return of stolen public funds and assets.

Mr President, I look forward to your timely response with regard to the foregoing issues to enable us to proceed with making preparations for the proposed national conversation for the salvation of our country. If I do not hear from you within seven days of the date hereof, we shall be compelled to take other appropriate and necessary steps to save our beloved country and salvage our children’s future without any further reference to you.

May I take this opportunity to convey to you, Mr President, the assurances of my highest consideration.

Risks of remote presence: Your online content can be screenshot, misused