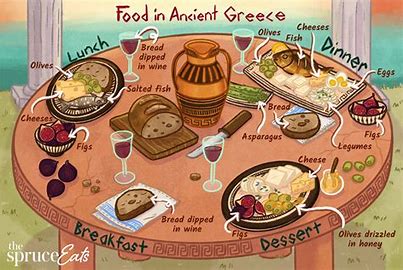 To better understand how past cooking relates to modern data, researchers have dived into experimental archaeology. Starting in 2014, researchers cooked various recipes in store-bought unglazed ceramic pots every week. Over the course of a year, they used the same pot to cook the same recipe 50 times, then switched to a new recipe for the last one to four meals.

The simple dishes included just one or two ingredients, such as corn or wheat mush or meat from a roadkill deer (apparently, no one tasted them).

Although the grub was unappetizing, “reconstructing a humble meal that was cooked into a pot can potentially unlock a lot of information about people’s experiences in the past,” says Melanie Miller, an archaeologist at the University of Otago in New Zealand who was part of the cooking experiment.

After a year, the pots’ thin patina layers held signs of all the recipes but were tilted toward the last meals to hit the pan. But the lipids within the pores of the pots built up over many simmerings and didn’t show much evidence of the latest cooking event, her team reported in 2020 in Scientific Reports.

In a yearlong cooking experiment, a research team cooked up bland meals of roadkill or mush in ceramic pots. By studying the chemical fingerprints and carbon isotopes of residues left on the pot, the scientists have shed light on how such vessels reflect the history of meals cooked within them.

The group’s work aimed to reveal how ancient meals can be preserved and what components would be lost to time. One of the project’s leaders, Christine Hastorf of the University of California, Berkeley, helped to pioneer this field of study in the 1980s, Miller says, by studying how the chemistry of charred, preserved bits hints at ancient food practices.

“We definitely need more of this type of work,” she says, to unveil the possibilities and limitations of techniques that sample molecules from ancient cooking.

While Miller isn’t sure anyone from this team would be keen to repeat the process, there’s more to learn, and she can imagine variations on the theme with more ingredients or seasonings that inch towards mimicking more realistic meals.

Once the researchers finished cooking, they broke and buried the pots in Hastorf’s backyard. Some shards spent six months in the ground. Others were buried for one year or five years. The team has dug up the last pieces of the pottery with aim of looking to see what the lipid mixes look like now.

Though the catalogue of work on lipids is “really excellent,” information from lipids is “much fuzzier than the level of resolution you can get with proteins,” says Matthew Collins, an archaeological scientist at the University of Copenhagen and the University of Cambridge. Just as with lipids, progress in analysing ancient proteins “all comes down to technology,” he says. Proteins have also reaped the benefits of progress in mass spectrometry, allowing scientists to pry clues from surprising places.

In 2014, researchers reported milk proteins preserved in the dental tartar of roughly 5,000-year-old teeth. “It’s plaque, which becomes hard,” just like the build-up on teeth that dental hygienists scrape away, says Jessica Hendy, an archaeological scientist at the University of York in England. The mineral material survives on skeletons and may preserve a record of some of the foods that a person ate.

When archaeologists working at Çatalhöyük, a site in modern-day Turkey, approached Hendy’s team to examine pottery excavated there, Hendy realized that the whitish scale coating the shards may have trapped protein traces like the tooth tartar had.

From 10 samples of the mineral-rich scale, the team identified a number of proteins from animals and plants. “It was just an amazing resource for understanding what those early farmers processed in their pots,” Hendy says.

Ceramic pots unearthed from this site in what was once the city of Çatalhöyük, located in modern-day Turkey, yielded food proteins preserved in a thin layer of mineral residue called scale. Studies show that the city dwellers ate a variety of meats, dairy, grains and other plants.

The shards yielded traces of proteins found in barley, wheat and peas, along with several animal meats and milks. While animal bones from Çatalhöyük suggested sheep and goats lived in this proto-city, the proteins show how people consumed them. People were using the milk of these animals, and they were mixing it with these other food sources, Hendy says. “That level of detail, I found really, really exciting.”

The Çatalhöyük pots provide a first example, but there’s great potential to scour scale samples from other sites, says Collins, who was also part of the research team. Scale may also reveal differences in how items are cooked, he says, with different modifications to proteins when food is boiled versus when they simply dry onto a vessel. “We think that by characterizing the proteins we can say something about their life history as a foodstuff.”

Scientists have already pulled such information from prehistoric proteins. In a Bronze Age cemetery of the Xiaohe people in Xinjiang, China, archaeologists found mummies wearing necklaces strung with clumps of an organic material. An analysis of the proteins in those clumps revealed they were cheese, some of cow’s milk and others made with a mixture of milks.

Because the lumps contained far more casein proteins than whey, scientists think that the cheese may have been pressed to separate the solids from the liquids, says Anna Shevchenko, a biochemist at the Max Planck Institute of Molecular Cell Biology and Genetics in Dresden, Germany. The liquid would have carried off the soluble whey proteins.

By looking more deeply into the proteins from the roughly 3,500-year-old cheeses, Shevchenko and her colleagues found insights into the ancient cheese-making process. Cheese can be made by rennet, a substance found in the stomach of ruminants that curdles milk, or by the addition of acid.