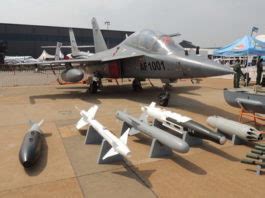 Military budgets shoot up as Kenya, Uganda and Angola top Africa against backdrop of terrorism, extremism

SIPRI on April 25 said 2021 saw the seventh consecutive year of spending increases, with the five largest spenders last year being the United States, China, India, the United Kingdom and Russia, together accounting for 62 per cent of expenditure.

“Even amid the economic fallout of the Covid-19 pandemic, world military spending hit record levels,” said Dr Diego Lopes da Silva, Senior Researcher with SIPRI’s Military Expenditure and Arms Production Programme. “There was a slowdown in the rate of real-terms growth due to inflation. In nominal terms, however, military spending grew by 6.1 per cent.”

Military expenditure in Africa increased by 1.2 per cent in 2021 to an estimated $39.7 billion, SIPRI reported. The total for Africa was almost evenly split between North Africa (49 per cent of the regional total) and sub-Saharan Africa (51 per cent).

Over the decade 2012-21, African military spending followed three distinct trends. It first rose continuously between 2012 and 2014, followed by four years of decline until 2018 and then three consecutive years of growth until 2021, to give an overall increase of 2.5 per cent.

Between 2020 and 2021, Nigeria raised its military spending by 56 per cent, to reach $4.5 billion. The increase came in response to Nigeria’s various security challenges, such as attacks by Islamist extremists and separatist insurgents.

South Africa, the second largest spender in the subregion, cut its military expenditure by 13 per cent, to $3.3 billion in 2021. The country’s prolonged economic stagnation has severely impacted its military budget.

In 2021 Kenya, Uganda and Angola were, respectively, the third, fourth and fifth largest military spenders in sub-Saharan Africa. Over the decade 2012-21, Kenya and Uganda have both faced insurgencies that have influenced their military spending.

Between 2012 and 2021, military expenditure rose by 203 per cent in Uganda but remained relatively stable in Kenya (down by 4.5 per cent). Military spending by Angola fell by 66 per cent over the same period. The worsening economic conditions in Angola from around 2015 – largely caused by low oil prices and slumps in its oil production – and the slow pace of economic recovery in more recent years were central to the sharp drop in Angolan military spending over the decade.

“The increase in R&D spending over the decade 2012-21 suggests that the United States is focusing more on next-generation technologies,” said Alexandra Marksteiner, Researcher with SIPRI’s Military Expenditure and Arms Production Programme. “The US Government has repeatedly stressed the need to preserve the US military’s technological edge over strategic competitors.”

Russia increased its military expenditure by 2.9 per cent in 2021, to $65.9 billion, at a time when it was building up its forces along the Ukrainian border. This was the third consecutive year of growth and Russia’s military spending reached 4.1 per cent of GDP in 2021.

“High oil and gas revenues helped Russia to boost its military spending in 2021. Russian military expenditure had been in decline between 2016 and 2019 as a result of low energy prices combined with sanctions in response to Russia’s annexation of Crimea in 2014,” said Lucie Béraud-Sudreau, Director of SIPRI’s Military Expenditure and Arms Production Programme.

The national defence budget line, which accounts for around three-quarters of Russia’s total military spending and includes funding for operational costs as well as arms procurement, was revised upwards over the course of the year. The final figure was $48.4 billion, 14 per cent higher than had been budgeted at the end of 2020.

As it has strengthened its defences against Russia, Ukraine’s military spending has risen by 72 per cent since the annexation of Crimea in 2014. Spending fell in 2021, to $5.9 billion, but still accounted for 3.2 per cent of the country’s GDP.

China, the world’s second largest spender, allocated an estimated $293 billion to its military in 2021, an increase of 4.7 per cent compared with 2020. China’s military spending has grown for 27 consecutive years. The 2021 Chinese budget was the first under the 14th Five-Year Plan, which runs until 2025.

Following initial approval of its 2021 budget, the Japanese government added $7.0 billion to military spending. As a result, spending rose by 7.3 per cent, to $54.1 billion in 2021, the highest annual increase since 1972. Australian military spending also increased in 2021 by 4.0 per cent, to reach $31.8 billion.

“China’s growing assertiveness in and around the South and the East China seas have become a major driver of military spending in countries such as Australia and Japan,” said SIPRI Senior Researcher Dr Nan Tian. “An example is the AUKUS trilateral security agreement between Australia, the United Kingdom and the United States that foresees the supply of eight nuclear-powered submarines to Australia at an estimated cost of up to $128 billion.”