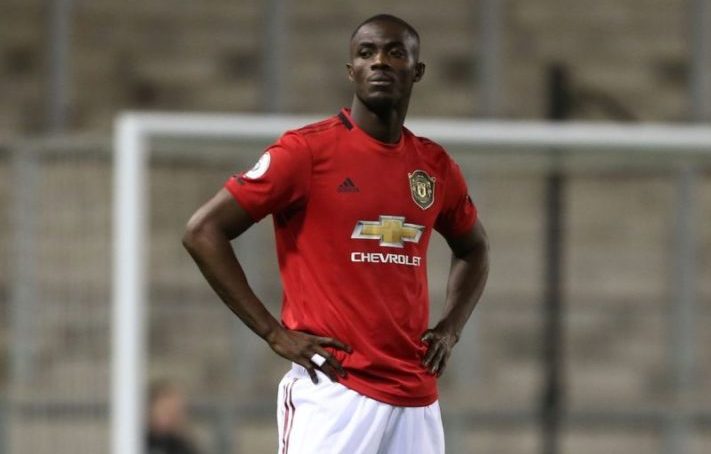 Manchester United defender Eric Bailly ‘openly challenged’ under pressure boss Ole Gunnar Solskjaer in an incredible training ground incident, according to reports. Solskjaer’s job hangs by a thread following a disastrous period of form, compounded by the 5-0 thrashing by Liverpool on Sunday.

United have already lost three Premier League matches this season and are without a win in their last four, leaving Solskjaer with a mountain to climb to secure his long-term future.

Some reports have suggested that the Norwegian could lose his job if he does not win the next four matches, with an intense fixture list continuing to become tougher.

The Red Devils face Tottenham and rivals Manchester City in their next two league games, with a Champions League clash against Atalanta thrown in for good measure.

There have also been hints that Solskjaer’s players are beginning to grow frustrated by the 48-year-old’s tenure. Paul Pogba, who was sent off against Liverpool, criticised the team’s set up in their 4-2 defeat by Leicester City last weekend.

And that tension has apparently now boiled over on the training ground. According to the Telegraph, outcast Bailly took exception to being left out ahead of the loss against Leicester.

Harry Maguire, who had been recovering from injury, had only one session on grass prior to the match and was ultimately responsible for two of the Foxes’ goals. It prompted Bailly to ask Solskjaer why he picked “a centre-half who was not fit”.

Bailly, 27, has played in just 41 games under Solskjaer and was pushed further down the pecking order by the summer arrival of Raphael Varane from Real Madrid.

The Ivory Coast international’s only appearance this season came in the EFL Cup. He is yet to play in the Premier League or in the Champions League.

Solskjaer has insisted he remains the right man for the job, despite increasing reports he could be dismissed.