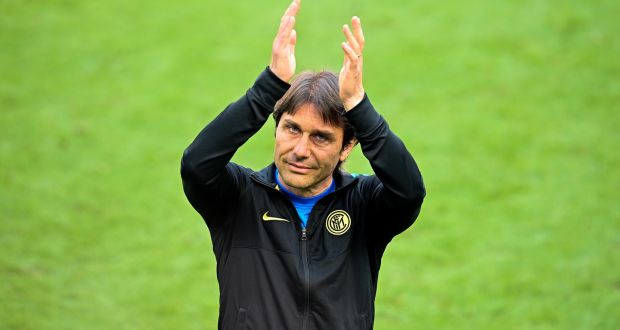 Ole Gunnar Solskjaer will be given another chance to turn his Manchester United reign around on Saturday after being told that his job is safe for the time being.

Over the past three months, Manchester United were said to be ‘thinking seriously’ about Antonio Conte becoming their new manager amid doubt over Ole Gunnar Solskjaer’s future, according to a report.

Manchester United have reportedly made their first approach to Antonio Conte with the Italian expressing a desire to take over the reins at Old Trafford, according to reports.

While United’s hierarchy have strongly backed the Norwegian, handing him a new contract over the summer, recent performances have prompted the club’s board to assess their options.

Solskjaer is still expected to be in charge for the next three games – against Tottenham, Atalanta and Manchester City – but the looming international break brings with it an opportune moment to potentially replace the manager if results do not improve.

United’s current boss is under mounting pressure following Sunday’s 5-0 defeat at the hands of Liverpool. The Red Devils suffered one of the worst defeats in their history against one of their biggest rivals.

The former striker has split opinion throughout his tenure as manager after initially impressing in an interim role. He has overseen progress at the club but they are yet to take that final step back to the glory days of lifting trophies.

After a summer of investment, some have questioned whether Solskjaer is the right man to lead Man Utd forward. Those questions were only amplified in volume following their 5-0 thrashing at home to rivals Liverpool at the weekend.

The aftermath of last Sunday’s result has seen pundits slam Solskjaer’s tactics. Indeed, the lack of organisation around the press, which Liverpool sliced through with ease, has been criticised.

The defeat leaves United on 14 points after nine Premier League matches and they are all but out of the title race, with less than a quarter of the campaign gone.

United’s board held crisis talks on Monday and speculation was rife that Solskjaer would lose his job, with Antonio Conte waiting to take charge at Old Trafford.

However, the Athletic report that Solskjaer has been given a stay of execution and has been told he will be in charge of the side for Saturday’s game against Tottenham.

United sources were muted for most of Monday but by the early evening it transpired that the board were still backing Solskjaer and that he would be given further time to turn things around.

Solskjaer was at Carrington on Monday but the players were given a planned day off. He will take training on Tuesday, with all eyes on Saturday’s game in north London.

Anything but a win will likely increase the calls for Solskjaer to go and the report claims that the Norwegian has lost large swathes of the dressing room.

While Solskjaer is still an admired figure, there are doubts over his tactics and his ability to compete with the likes of Pep Guardiola, Jurgen Klopp and Thomas Tuchel.

Solskjaer instructed his players to ‘press’ Liverpool on Sunday but there was no cohesion in the tactics and the Reds ran riot at the Theatre of Dreams.