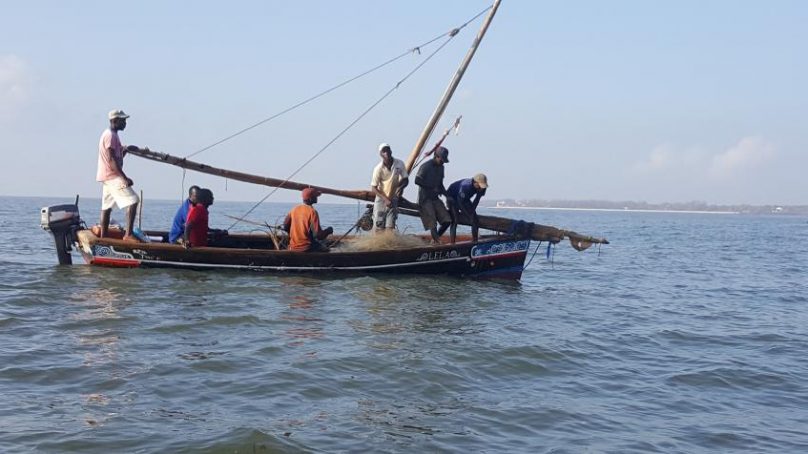 Over 3,000 fishermen in Ngomeni, Magarini Sub-County of Malindi have appealed to the fisheries department in the Kilifi County government to provide them with rescue boats that would be deployed to rescue those whose boats capsize.

…because their boats could capsize any time due to strong wind… – Mohamed.

The fishermen said their fishing boats sometimes capsize during fishing expeditions in the Indian Ocean due to strong winds and angry sea waves, hence the need for the rescue team from the fisheries department.

The fishermen’s representative Shelali Mohamed said five fishermen lost their lives in the past two years in Ngomeni, while fishing and if rescue boats were available, their lives could have been saved.

Mr Mohamed blamed the fisheries department and local leaders for their failure to support the fishermen, which has contributed to a decline in fishing activities in Ngomeni, undermining the living standards and economic status of the fishermen in Magarini Sub-County.

“Fishermen are worried when fishing in the Indian Ocean because their boats could capsize any time due to strong winds and yet no rescue boats are available”, Mohamed lamented.

He appealed to the relevant departments in the County to intervene immediately to save their lives and fishing activities because they produce more fish than any other area in the Coast region.

In response Gongoni Ward Member of County Assembly Albert Kiraga said, he will talk to the executive members for Agriculture, Livestock and Fisheries in the county government to set aside funds for the purchase of enough rescue boast so that they could be deployed to Ngomeni fishermen to protect their fishing business.