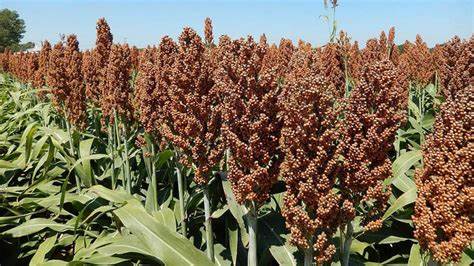 Long-abandoned and regarded as an ‘orphaned’ crop, sorghum, is making a strong comeback in Kenya’s agricultural setup as the country looks to bolster its food stocks and rein in lifestyle-related diseases.

Beverage makes as well as flour millers are also cashing in on renewed interest to bolster their drink portfolios, in turn providing incentives to farmers to venture into sorghum productions as commercial venture as opposed to a subsistence crop.

Sorghum is Africa’s second most important cereal because it is the primary source of daily calories for approximately 300 million people.

However, the crops had vanished from Kenyan farms as a result of large-scale maize farming in areas that traditionally grew sorghum and its “sister” crop, millet.

In Kenya, the crop thrives in former Western Province, Nyanza and parts of Rift valley. It is drought resistant and heat tolerant, which makes it popular in drier areas of Kenya.

However, sorghum does well also in areas with heavy rainfall. Given its importance as a staple crop and ease of farming, crops scientists are now developing sorghum with enhanced nutrients to improve the health of millions of people.

In the former Western Province, sorghum is grown mainly in Bungoma, Busia and Kakamega counties.

In Bungoma it is grown in Tuuti Marakalu Ward, some parts of Luuya Bwake Ward and Sang’alo West Ward. Like the rest of western Kenya, the regions receive rain throughout the year save for brief low-rain spells between December and February.

Unlike one-season crops like maize, the sorghum gadam variety matures in four months, which means that it can be cultivated twice in a year, thus increasing the level of production.

In Bungoma, three main varieties of sorghum are grown that include grain, sweet and broom sorghum. Other varieties, seredo, serena, mtama 1 and mtama 2.
Interviewed Bungoma County Crop Officer Ndirangu Teresia said the county is changing the narrative of sorghum as an ‘orphaned’ crop to that of a highly valued crop.

With more farmers taking to sorghum cultivation, Mrs Ndirangu says, there are plans to invite flour milling companies to set up shop in the county to enhance the status of sorghum to a cash crop.

It is expected that the domino effect of production of sorghum commercial scale result in creation of job opportunities for youths and enhance economic development of the county in general.

Ndirangu said that farmers are given enough seeds to plant during the rainy season. Approximately 350 acres of land are under sorghum cultivation, with 1,235 farmers involved in the production of the crop.

In order to increase production, registered farmers are given seeds by the ministry of agriculture as incentives to increases the acreage under sorghum production.

Given the long tradition of sorghum production and consumption in the region, which slowed as maize was deemed to have a higher market value, the incentives provided by time ministry have hastened its acceptability as more farmers embrace the crop.

Titus Wamalwa is one of the sorghum farmers. KNA found him working on his farms at Luuya in Bwake Ward of Bungoma County. He says growing sorghum is one of the best things that happened to him because sorghum does not require a lot of human capital compared with maize and beans, also grown in the region.

Unlike other crops, sorghum has no specific season as it is drought resistant and does well in rainy conditions.

Mr Wamalwa grows gadam variety, which he finds cheap as seeds are readily available in all leading agrovet shops in the county.

It takes four-to-six months to mature, which means it can be grown twice a year that makes it ideal for agribusiness. He describes the gadam variety as grey and tolerant to bird invasion, foliar diseases and stem borers. It is also a good source of malt and can yield up to 500 kilograms per acre.

Besides its value as food, Alice Wanjala, a small-scale sorghum farmer says sorghum helps boost soil fertility due to its high level of nitrates, hence if intercropped with other crops it maximizes the yield.

Alice has been growing sorghum for the past five years, and from experience encourages local farmers to venture into its production. The farmer wants her county government to build a sorghum milling factory to provide a marketing for the produce.

The Kenya Cereal Enhancement Programme and Tegemeo Institute of Agricultural Policy and Development helps sorghum famers to manage and spread cultivation of the crop in the county.

Kenya Breweries Ltd is the main buyer of the crop and monitors and tracks sorghum grown by farmers. It is used to brew Senator Keg beer, now popular as demand rises.

With the new technology Kenya Breweries uses to monitor the quality of the sorghum, farmers are tracked in real time and the buyer gets reports from the field in real time.

The brewer is therefore able to keep a record of the farmer’s details and also monitor performance of the crop using google maps to ensure that they get sorghum from contracted farmers only.

At household level, Ndirangu says farmers do value addition by using sorghum flour to make biscuits, buns and supplying the same to shops and supermarkets. She encourages farmers to take up sorghum farming, noting that, although it requires dedication and the latest farming practices, it can turn around the fortunes of farmers in just a few seasons.

Kenya’s cotton industry on the rebound

County registers farmers for a databank of agricultural activities