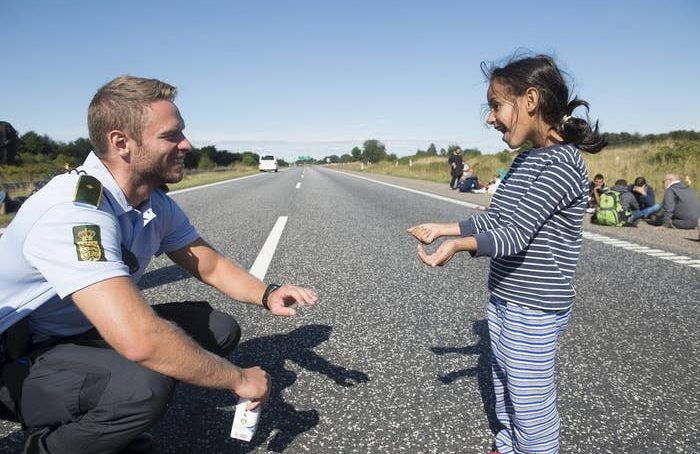 A week after the publication of the Country-of-Origin Information” (COI) report by the Danish Refugee Council (DRC), the Danish Immigration Service said it would start refusing to extend residency permits for refugees from Damascus.

DRC criticised the decision, as it had the 2015 Danish law establishing temporary protection, which it saw as watering down protections. And the organisation’s leadership insists that DRC was right to produce the report even though it knew how it would be used against Syrians in Denmark.

“The situation in Damascus had changed. I think anyone could see that at the time. And we knew how that would be interpreted [by the Danish authorities],” said Eva Singer, the head of DRC’s asylum department, which works on the COI reports. “This is exactly why we thought it was important to be part of [the report]: to ensure that it had as many nuances as possible.”

Singer said it was normal to do two fact-finding missions in the same country, but conceded that it was “unusual” for a second report to be requested so soon after the first.

The organisation declined to make Secretary General Charlotte Slente, its top executive, available for an interview with The New Humanitarian, instead submitting a written statement. When asked about the nuances DRC contributed to the report, Slente said it would be impossible to provide specific examples.

“We still believe the report became better with our participation,” she wrote. “And we don’t see any indications that DRC not participating would have meant that fewer Syrians would have lost their residence permits.”

Sara Alderi was the first person in her family to read the email from the Danish Immigration Service in February 2021 saying that her father’s residency permit – and therefore those of his wife and his three children – would not be extended. “It was very shocking,” said the 19-year-old high school student.

DRC emphasises that the 2019 COI report is a collection of testimonies from sources and experts and does not make recommendations about whether it is safe for Syrians to return to Damascus and the surrounding countryside.

But the report was listed as the first piece of evidence in the letter from the Danish Immigration Service to Sara’s father.

Sara had been in Denmark with her family for six years. “Syrian authorities have control over your home neighbourhood,” the letter read. “There has been an improvement of conditions in Damascus.”

But Sara and her family had not fled the general violence in Damascus; they had left their home because they feared the Syrian authorities.

One of Sara’s father’s cousins was arrested early during the civil war, and the following day his corpse was delivered to the family. A nephew’s body was later identified among a trove of photographs leaked from inside al-Assad’s jails.

“Syria is not safe”, reads the sign (in Danish) on a tent outside the parliament in Copenhagen as protesters launch a May 2021 sit-in against the Danish government’s decision to revoke Syrian refugees’ residency permits.

Sara’s father, Mohammed Tarek Alderi, who was a lawyer in Syria, told The New Humanitarian that when he petitioned the Syrian authorities for information, an intelligence official warned him: “Don’t keep asking questions, or you will join them.”

DRC argues that the Danish authorities shouldn’t base asylum decisions on the COI report alone, and points to a Danish judge’s statement that they rely on multiple sources. Yet the report that DRC co-wrote continues to influence the Alderis’ case.

Around half of the refugees who had their permits revoked have successfully appealed the decision, but Mohammed Tarek’s appeal was rejected in July. The judge again cited the COI report in explaining why he should be able to return to Damascus. “I said, ‘Your report is not right,’” Mohammed Tarek recalled. “But [the judge] said, ‘I don’t care; that’s not my job.’”

Sara and her mother have filed a new joint asylum application, but her father and two younger siblings have been told they will soon have to go into one of Denmark’s return centres, which have been described by human rights watchdogs as “unacceptable for people” – due to poor sanitary conditions and the use of solitary confinement as punishment for minor infractions, such as possessing a mobile phone.

The Syrians sent to them live in a painful limbo: They aren’t allowed to work or participate in society, but are left to wait indefinitely for deportations that can’t practically happen because Denmark has no diplomatic relations with Syria and therefore can’t coordinate repatriations with the Syrian authorities.

“I will go there alone, but please not with my children… it is worse than a prison,” Mohammed Tarek said of the centres.

Several former DRC staff working with Syrian refugees told The New Humanitarian they had warned the NGO against working with the Danish Immigration Service on the COI report. “Why would DRC put its name on something that’s clearly political in nature?” one of the NGO’s former Syria specialists recalled asking their bosses in Copenhagen in 2018.

Other ex-staff in the Middle East said they were either never informed about the organisation’s role in the COI report or were rebuffed when they made suggestions about people to interview for it. They spoke on condition of anonymity as most still work in the humanitarian sector and said they feared negative career repercussions for speaking out.

Once DRC’s asylum department began working on the report, it struggled to persuade the Immigration Service to broaden the focus from the decline of military conflict to include more information about the risks returning refugees might face from Syrian authorities, according to internal emails seen by The New Humanitarian.

“I must repeat once again that I believe we are extremely well covered by security situation sources and that I don’t see a need for any more,” a Danish Refugee Council official wrote to Majid Behbahani, chief adviser to the Immigration Service’s COI unit, ahead of the November 2018 trip. “It is exactly the issues [of return] where very little information is publicly available and where very little information exists; where it would be meaningful to add more sources.”

Eventually, the DRC official gave up. “It is clear to me that we will never agree on this point, and it doesn’t make sense for me to keep on insisting,” they wrote to Behbahani in a follow-up email, also obtained by The New Humanitarian through a freedom of information request.

Immigration service officials declined to discuss the content of the report or their relationship with DRC on the record, instead sending a written statement asserting the independence of their work.

In her written response, DRC’s Slente said key staff were informed about the report and they can’t publicly discuss their methodology around the selection of sources because of the sensitivity of the security situation in Syria.