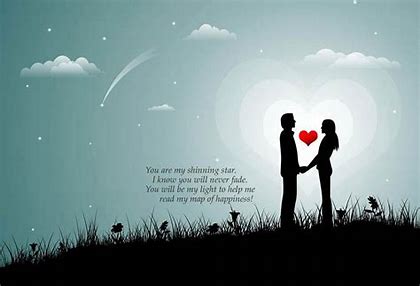 Labour of love: Mastering courage for the first kiss, then an explosion of endless passion

If there is such a thing as an SI Unit for beauty, up until this point in my life, my SI Unit had been one Judy Achieng (not her real name). Back in my second year of secondary school, I had laid my eyes on her at some function in school and had immediately fallen head over heels for her.

But my courage had entirely failed me at the last minute each time I had tried to speak to her. And so, I had decided to express my interest by penning a love letter to her. I had then eagerly waited for her reply to come.

But days had turned into weeks and weeks had become months, but the much-anticipated letter never arrived.

From then on, I had kept a relatively low profile, finding comfort in observing the comings and goings on the social scene in quiet anonymity and from a safe distance. I, therefore, thought I was relatively unknown at Alliance Girls.

And yet here was this perfect stranger standing elegantly before me, smiling knowingly and proclaiming that she knew who I was. She did this with a familiarity that I found both unnerving and reassuring in equal measure.

The annual Hospital Hill barbecue would take place at the school hall on the last Thursday of November. It was usually a family affair with parents and guardians catching up with each other in the hall over drinks and nyama choma.

Their children, meanwhile, mingled freely with their friends nearby only coming in once in a while to take a bite of the food and reassure their parents that they were okay, before disappearing again into the night. All the while the latest music played in the background giving the entire event the aura of a serious street party.

“Would you like to take a walk?” I ventured to ask her, expecting the worst but hoping for the best.

“Sure,” she said, almost in a whisper. “And where exactly would you like to take me this evening, Mr. Mue?” She asked.

She said ‘Mr Mue’ with all the feigned respect of an overpaid butler accompanied by a slight bow. The dancing in her eyes seemed to suggest that this evening might be pregnant with possibilities for me.

“Well, I thought we could move a little further from the hall,” I offered, “where the music is not so loud, so we can talk a little.”

I knew it was really just a reasonable excuse to move away from the light and the crowd in the hope that some privacy and darkness might yield unexpected dividends. I half expected her to object, but she obliged.

Soon, we were strolling away from the crowd escorted by the fading sound of Lionel Richie and Diana Ross as they sang their hit duet, Endless Love.

There’s only you in my life

The only thing that’s bright

You’re every breath that I take

You’re every step I make…]

I casually slipped my arm around her waist and pulled her closer to me. She did not complain. I held her tighter, so tight in fact that we struggled to maintain our balance. Only then did I loosen my grip on my newfound treasure.

We walked towards our unknown destination with the sudden urgency of a new love still waiting to be discovered.

All my love with you

No one else will do…]

As we walked passed what must have been the administration building, I could vaguely make out the school motto written boldly above the entrance. It stated, “Nothing but the best.”

I took this as a message from the heavens that our romantic stroll under the night’s moonless sky was the beginning of something very special.

Your eyes, your eyes

They tell me how much you care

Ooh yes, you will always be

“You seem to know all about me, but I know nothing about you except that you are an Acrossian,” I gently protested, stopping and turning her to face me as I leaned against a wall as soon as I felt we had gone far enough to guarantee our privacy.

“I’ll make you a deal,” she said, playfully tugging at the lapels of my jacket. “I can either tell you everything about me now and then you will never see me again. Or, I can give you a couple of hints and if you manage to find out who I am by the time we open school in January…” she paused and smiled coyly, the mysterious sparkle returning to her eyes. “You might just be in for a few more surprises.”

“If I choose the latter,” I said, putting my negotiating hat on, “I will need a deposit guaranteeing my investment.”

When I asked her to give me the hints, she told me that she was a class behind me at Across and was in Bruce House. But she would not tell me her name. That was what I needed to find out by January if this night was to become not just the beginning of the end but only the end of the beginning.

All too soon, I knew that we needed to be heading back to the hall before a search party was sent out to look for us as the barbecue was nearing the end. Lionel Richie and Diana Ross also seemed to be coming to the end of their song which for some reason the DJ had decided to play again.

Two hearts that beat as one

Our lives have just begun…]

“And my deposit?” I asked as I gently repositioned her so that we switched positions with her back now against the wall.

By now I had given up my jacket to help keep her warm, and so I couldn’t tell whether the shiver I felt was the result of the light breeze that was blowing our way or whether it was coming from somewhere deep within me.

“I thought you’d never ask,” she whispered, instinctively moving closer to me in sweet surrender and closing her eyes.

I’ll hold you close in my arms

I can’t resist your charm…]

As I held her close, I noticed that she too was shivering.

For what seemed like an eternity, none of us spoke. We stood there swaying gently as if dancing to the wind, and listening to the silence that only gave way to the sound of our own two hearts beating as one.

I’ll be a fool

You know I don’t mind

When the moment finally came, it came without warning and was as surprising as it was expected. Our lips found each other and we kissed, lightly at first, then, deeply and passionately, as if we had no intention of ever letting go.

You mean the world to me

I’ve found in you

Eventually, we reluctantly pulled away from each other and walked back, hand in hand, to the hall where the party was just ending.

She was even more strikingly beautiful in the full light inside the hall than she had looked in the soft glow of the lone street lamp when I had first laid eyes upon her earlier that evening.

I was reunited with my cousins and she with her friend. We said goodbye with a handshake and an innocent peck on the cheek, promising to look each other up when school opened after the Christmas break.

As I left Hospital Hill School that Thursday night in late November 1983, I was excited at the fact that there was a distinct possibility that I might soon join the ranks of the elite club of those boys in school who had their very own Acrossian.

But before that could happen, I also knew that I had my work cut out for me.