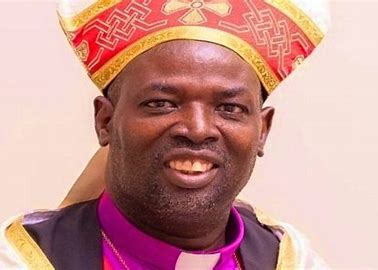 Some religious leaders have been sojourning in Mars – or even further in the outer space! They touched down in Kenya from Wonderland aboard Savannah Galactica only to find that their President Uhuru Kenyatta and his Deputy William Ruto are speaking at cross-purposes mostly of late.

As they say in the spiral world, the president and his principal assistant were talking in tongues. Only the men of the clothe can decipher the messages of peace and liberty hidden in the blabbering tongues.

Plenty must be found up there in the ozone space for they all appeared amazingly healthy with glittering skins. Being in their own company they wouldn’t even begin to imagine how a person; a normal person – and a Kenyan at that – can survive on less than a dollar a day.

In their State of the Nation address all that seemed to perturb them is that some two guys weren’t speaking to each other; and from the moment they touched down from Mars they made that known to all and sundry.

What the nation needs most they pontificated; is the perching up between Uhuru and Ruto. I don’t, nay, can’t begrudge them their sacrosanct right to express themselves the best way they know how.

While you were away in space; ‘The Church’ gave one political honcho acres of space to spit venom knowing that only him “has a god in heaven”, who’d look the other way even as he sacrileges the “the holy sanctuaries.”

While you pharisees were away in space prospecting for gold, milk and honey traversed streets other reverends and bishops and archbishops’ pockets on earth were being laced with money diverted from public coffers.

While you were away Laikipia burst into flames once again. It was…still is one continuous horror story of fire bullets and blood. U never mentioned it in your presser.  U know nothing about it anyway having been away in Mars.

While you were away, the head of state and his deputy haven’t been in tandem on anything. Anything at all!  We’re so sorry you learnt about it when u touched down from space. It is our fault.

This though is a singular failure by the Presidential Press Service. They should have sent an SMS to your space station. Now you know and your concern is highly welcome. You just might be that last refuge.

While you were away corruption ceased to be a way of life and metamorphosed into an exquisite Kenyan art. You wouldn’t know it, of course, men of God. It’s such a remote idea that can’t make it to your in-tray, huh? It is a tithe only the earthly gods are entitled to. It is a members-only club and its exclusivity cannot be questioned. Which is why you are concerned with pouted cheeks.

While you were away, we would have properly and comprehensively become truly one Nation. The Laikipia flare up is one graphic testament to my extravagant postulate. We’re indeed one happy populace.

We dwell together in unity peace and liberty and we got plenty within our borders and we all look as healthy as our visitors from space! We’re so lucky! May you spread your heavenly bliss, so that the bickering president and deputy president can be called to the altar and repent.

Kenyans listen, we have a destiny with history to compel elected leaders to refund taxpayers’ money