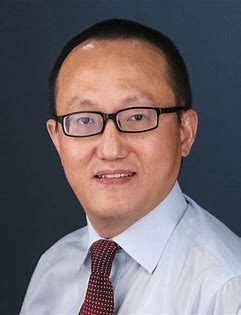 University of Kansas (KU) chemical engineer Feng ‘Franklin’ Tao, who was accused of hiding ties to a Chinese university, has been found guilty of wire fraud and making false statements to the US government.

On April 7, a jury for the US district court of Kansas found that Tao, currently on unpaid leave from KU in Lawrence, had committed research-grant fraud by failing to tell his employer and federal funding agencies about an alleged faculty appointment in China.

The closely watched case is the latest prosecution of a scientist arrested under the China Initiative – a controversial US programme launched in 2018 by former president Donald Trump’s administration to protect US institutions from economic espionage.

On the basis of an internal investigation, the US Department of Justice (DoJ) announced in February that it was discontinuing the programme after accusations that the initiative was racially biased. The DoJ said it didn’t find evidence of radical prejudice, but acknowledged that the initiative could have been perceived as fuelling a narrative of intolerance.

In a statement sent to Nature, Tao’s attorney, Peter Zeidenberg, Jury finds University of Kansas chemical engineer guilty of hiding ties to Chinathat he hopes the verdict will be overturned. He notes that the judge has ordered a briefing on the government’s evidence and whether anyone was actually defrauded, and that she did not set a sentencing date.

“While we are deeply disappointed with the jury’s verdict, we believe it was so clearly against the weight of the evidence we are convinced that it will not stand,” Zeidenberg writes.

A press release from the DoJ says that Tao could face decades in federal prison and a fine of up to $250,000 for each offence.

Tao, who was first arrested in 2019, is thought to be the first scientist charged under the China Initiative. DoJ prosecutors say he planned to defraud KU and US federal agencies by accepting a position at Fuzhou University in China. They say Tao failed to report the alleged employment to the US Department of Energy and the US National Science Foundation, which funded his research at KU.

The prosecution’s primary evidence included unsigned contracts from Fuzhou University that the FBI had found in Tao’s e-mail account, along with e-mails suggesting that he had attempted to recruit student employees at the Chinese university, and requests for Fuzhou to buy equipment for his laboratory there.

Tao has told The New Yorker magazine that he had considered moving to Fuzhou University, but decided against it.

Tao’s defence team argued that the evidence came from an unreliable source: one of Tao’s former research associates, Humin Liu. E-mails seemed to show Liu trying to extort Tao for $300,000 and accusing him of having harmed her career prospects, before reporting him to KU and the FBI for espionage.

Liu submitted the accusations under false names and apparently hacked into Tao’s e-mail account to acquire the contracts.

Zeidenberg challenged the evidence suggesting that Tao was ever employed at Fuzhou University. The charges, he said, were minor administrative errors that had been blown out of proportion by federal investigators. He said there was no evidence that KU or anyone else was harmed. “Because it involved China, the government has turned it into a federal case,” he told the court, according to AP News.

The defence team called only two witnesses: Tao’s wife and a pastor. Tao himself never took the stand. The trial lasted for two weeks, and the jury deliberated for more than a day before returning a verdict. It found Tao guilty of three out of six counts of wire fraud and one out of two counts of making false statements.

“When I heard the news, I was surprised, I was disappointed and I was confused about what this means for the future,” says Jenny Lee, a social scientist at the University of Arizona in Tucson who published a 2021 survey showing that US scientists of Chinese descent feared being under surveillance after the China Initiative launched. “I really anticipated the case would have been dropped a while ago.”

Tao is one of dozens of scientists of Chinese heritage to have been indicted for alleged ties to China. A December 2021 analysis by MIT Technology Review found that of the 77 known China Initiative cases, only 19 involved economic espionage; many of the rest involved corruption or research-integrity issues, such as the proper disclosure of foreign funding on grant applications. Most of the scientists were acquitted or had the charges against them dropped.

Among them is Gang Chen, a mechanical engineer at the Massachusetts Institute of Technology (MIT) in Cambridge who was arrested in 2021 on similar charges of hiding ties to China. The DoJ dropped Chen’s charges in January of this year. To Chen, Tao’s case suggests that the US government holds scientists of Chinese heritage to a different standard of research conduct from other researchers.

“Most people would not disclose to their employer that they’re looking for a new job — that’s not a crime,” he says.

Chen adds that the government’s actions are creating a “chilling effect” on international scientists’ and students’ willingness to come to the United States. “The US is built on talent. If talent is leaving and not coming, how does that help with national security?” he says. And although MIT welcomed him back after his charges were dropped, Chen says he and his family still live in fear.

“You can’t get rid of this fear, you fear you’re watched every day.”

In a 23 February speech, US assistant attorney-general for national security Matthew Olsen said that although the China Initiative would be ending, the US government would continue to investigate espionage and fraud cases under a new plan called the Strategy for Countering Nation-State Threats. This initiative covers China, as well as several other “hostile” nations, including Iran and Russia. Olsen added that the DoJ will continue to stand behind the cases that it is currently prosecuting.

Critics of the China Initiative say that the decision by President Joe Biden’s administration to end the policy should include a re-examination of pending cases, rather than continued prosecution. The decision to pursue Tao’s case – and his conviction – is discouraging, Lee says.

“It certainly does not reassure the Chinese American science community that the China Initiative in its current form will end, even though they’re dropping the label.”

Lee points out that US District Judge Julie Robinson, who is adjudicating Tao’s case, took steps to distance the case from the China Initiative, banning testimony from either party that would have suggested that Tao was involved with espionage. However, Lee says, by focusing only on Tao’s alleged crimes, the DoJ also distanced itself from the accusations of racial bias linked to the initiative, and the actual reasons that Tao was investigated in the first place. A spokesperson for the DoJ declined to comment.

Several other cases are set to go to trial later this year, and the Chinese American academic community will be watching them closely, says Haipei Shue, president of the non-profit organisation United Chinese Americans in Washington DC. “We feel very strongly this is country-of-origin profiling,” he says.

Shue also worries that the government’s goal in treating cases such as Tao’s as criminal rather than administrative is to dissuade Chinese espionage rather than punish a crime. He cites a Chinese proverb: “Kill a chicken to scare the monkey. If this is the case, I don’t have the words to describe that. It sounds to me very medieval.”