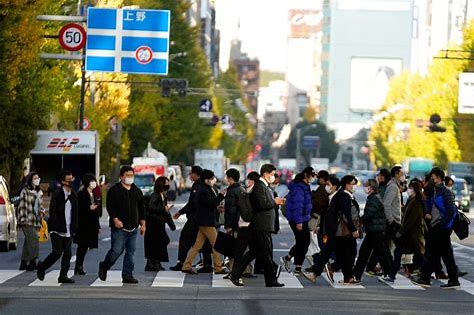 Japan reports 12 million new cases, 32,000 deaths of Covid as authorities warn the worst is yet to come

After short-lived optimism that the worst of the Covid pandemic might be over, health experts in Japan warn that the peak of the seventh wave has yet to arrive.

Just a few short weeks ago, coronavirus infections in Japan were hovering around the 10,000-cases-a-day level and there was optimism across the nation that the worst of the health crisis was over and that the summer holidays would be more carefree than the last two years.

As it has done in the past, however, the virus has mutated and caused a spike in infections. On Saturday, authorities recorded a record 200,975 new cases. Health experts say the seventh wave to wash over Japan is of the highly transmissible BA.5 omicron subvariant of the virus, with 17 of the nation’s 47 prefectures reporting record high caseloads.

On Monday, officials confirmed that there have been a total of 11.39 million confirmed cases in Japan, a nation of 125.8 million, and 31,902 fatalities.

Prime Minister Fumio Kishida has called for “maximum caution” among the public, but his government has stated that there are no plans at present to reintroduce the states of emergency that punctuated the first two years of the outbreak here in Japan.

With the lethality of the virus declining since the earliest months of the crisis, the government is trying to balance public health concerns with the need to get the national economy back on a track to recovery.

Authorities are stepping up provision of a fourth round of vaccinations, focusing on those in the health care sector, the elderly and those with underlying conditions that make them more vulnerable. To date, more than 31 per cent of all Japanese have had four doses of the vaccine.

A new emphasis is being placed on younger people getting a third shot, with the minister in charge of economic revitalization, Daishiro Yamagiwa, on Sunday pointing out that nearly 70 pe cent of people from their teens to the age of 40 have not had a third dose yet.

Kazuhiro Tateda, president of the Japan Association of Infectious Diseases and a member of the advisory panel set up to advise the Japanese government at the outset of the health crisis in early 2020, admitted that the nation is in a “challenging situation.”

“The BA.5 variant has spread extremely rapidly and we estimate that it will account for virtually 100 per cent of all cases in Japan by the end of the month,” he said. “And while the vaccination campaign has been positive, we have to be concerned that efficacy will wear off and elderly people are going to be increasingly at risk once more.”

The advisory panel anticipates that the seventh wave will peak in the first or second weeks of August, indicating that the number of new cases will set new daily record highs for some time to come.

“We are still learning about the virus but it’s clear that the biggest contributory factor to its spread is its ability to mutate and become increasingly transmissible,” he said.

Other factors include more people letting their guard down on safeguards such as social distancing, disinfecting their hands regularly and not being in confined spaces with other people, such as bars and restaurants.

Whatever the causes, the renewed spread of the virus is playing havoc with people’s plans across the country. Nine players for the Nagoya Grampus football team have tested positive, forcing games to be cancelled, while sumo wrestler Hisashi Mitakeumi had to withdraw from the recent tournament in Nagoya.

Plans for a national travel subsidy program have been put on hold, to the disappointment of the hard-hit domestic travel industry, while Chief Cabinet Secretary Hirokazu Matsuno is isolating at home after testing positive for the virus.

On Thursday, Okinawa Governor Denny Tamaki declared a state of medical emergency in the southern prefecture as hospitals are reportedly close to capacity with coronavirus cases. Local residents are being instructed to only seek medical assistance if they are seriously ill and to simply isolate at home if they have mild symptoms of the virus.

Tateda said Okinawa has been the worst affected by this new outbreak, but that the situation is “quite worrying” in Tokyo, Osaka and Hokkaido Prefecture, in the far north of Japan.

Yoko Tsukamoto, a professor of infection control at the Health Sciences University of Hokkaido, said the rate at which the BA.5 variant of the virus spread had caught many people off-guard, but worse may be yet to come.

“I don’t think anyone expected this,” she said. “I do think that people in Japan have done well at following guidelines on masks and other precautions, but it’s reaching the point now that no matter what we do, it is virtually impossible to stop these infections.

“Already I’m looking beyond this surge in cases and it’s the BA.2.75 ‘Centaurus’ variant that really worries me now,” she said. First detected in India in early May, sporadic cases have been reported in the Japanese cities of Tokyo, Osaka and Kobe, she said.

“This one appears to be very heavily mutated and even more contagious than what we have seen before, potentially more than three times more contagious than BA.5,” she said. “Because of the mutations, it is possible that the vaccines will not provide any protection and, at this stage, it is impossible to predict how serious this is going to be.”