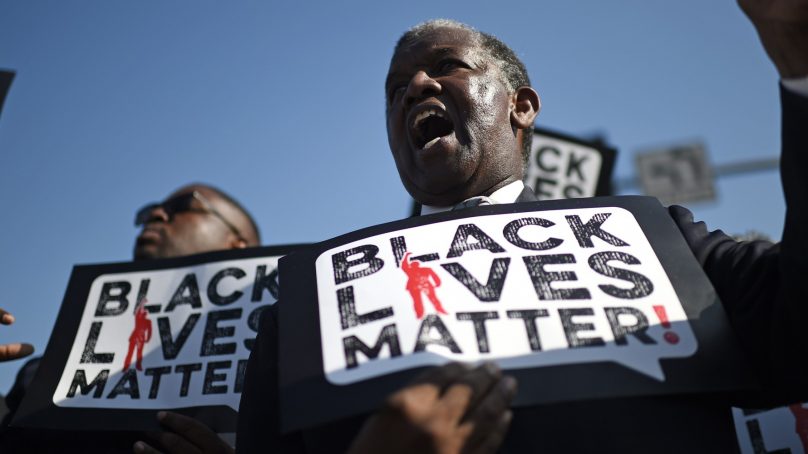 In digital age, there is real need to protect the rights of Black and brown people

As an early member of the Black Lives Matter Global Network in the Bay Area, I was among the leaders responsible for managing several BLM Facebook pages and I witnessed the inequity first hand. I spent hours each day from 2014 until 2017 removing violent racial and gendered harassment, explicitly racist anti-Black language and even threats to maim and murder Black activists.

At that time, getting these posts removed was extremely difficult. There were no feedback mechanisms outside of users flagging posts themselves. And if the content management system, algorithmic or human, did not agree with your interpretation, the post stayed.

As a result, Black activists like me managing Facebook pages were left with only one option: combing through each and every comment to remove the thousands that threatened Black people, at great personal detriment.

In a digital age where much mobilisation happens online, the constant drumbeat of racist harassment and threats, of doxxing and ridicule, is reminiscent of the earlier days of civil rights organising. My body remains intact, but my spirit is scarred.

In this context, an absolutist interpretation of the First Amendment – that all speech is equal, that the internet is a sufficiently democratising force and that the remedy for harmful speech is more speech – wilfully and callously ignores that all speech is not treated equally.

A digital divide and algorithmic injustice have fractured the internet, and, together with the racial exclusion of mainstream media, has turned the remedy of more speech into a false solution.

Ultimately, this harms Black communities, leaders, organisations, and movements. In a digital age, we need to deploy real mechanisms that protect the First Amendment rights of Black and brown people.

The largest online civil rights organisation, Colour of Change, advocates meaningful reform of Section 230, a law which currently protects platforms from the kinds of legal liability media publishers face for what their users say and do.

Section 230 must not enable white supremacy and disinformation, but preserve democracy and protect the civil and human rights of minority users and other protected classes. The organisation Public Knowledge agrees, and suggests that while Section 230 is an invaluable tool for preserving platforms’ ability to moderate harmful disinformation and constitutionally protected speech, it’s also been used by social media companies to evade accountability for civil rights violations.

Without algorithmic transparency, it’s impossible to know whether these companies are compliant with civil rights recommendations and laws. Any reforms to Section 230 must be thoughtful and limited; it must not, under any circumstances, be repealed.

Social media companies can also play a role in distributing first amendment rights and protections more equally. To do this successfully, they must first disavow the myth of race neutrality and instead develop content policies that support racial equity. If content management mechanisms continue to claim colour-blindness, they will continue to allow neo-Nazi, white supremacist, and white nationalist speech and organizing to spread unfettered.

Even hate speech bans that protect targeted groups aren’t enough. To advance equal representation and application of the First Amendment, tech companies should turn to the brilliance of civil rights and liberties advocates. They have plenty of ideas. The Electronic Frontier Foundation recommends that companies adopt the Santa Clara Principles on Transparency and Accountability in Content Moderation as a baseline starting point, to provide “meaningful due process to impacted speakers and better ensure that the enforcement of their content guidelines is fair, unbiased, proportional and respectful of users’ rights.”

Steven Renderos, the executive director at Media Justice and Brandi Collins-Dexter, a visiting fellow at the Harvard Kennedy School’s Shorenstein Centre on Media and the Politics and Public Policy and senior fellow at Colour of Change, both recommend that tech companies overhaul their algorithms to reward those that fight hate rather than those that promote it.

These and other groups in the Change the Terms Coalition have worked tirelessly alongside Black and Latino activists to curb the use of social media, payment processors, event-scheduling pages, chat rooms and other applications for hateful activities. Deplatforming white supremacy, chauvinism and fascism is not antithetical to this battle for free speech, but a continuation.

As we’ve seen, when white nationalist speech and racist conditions comingle, they operate together and become part of the status quo, adopted by some government officials, law enforcement, members of the military and more.

In a nation fractured by white supremacy and other forms of inequality, democracy is called to double duty – it must distribute political freedoms like those offered in the First Amendment while simultaneously ensuring civil rights which extend equal protection to all. This is no easy task, especially in the age of algorithmic decision making, digital economies, and loosely regulated and vastly profitable media platforms.

For too long, the debate about free speech rights has been cooped by right-wing racial extremism and white liberal elitism. But, for Black, indigenous and other communities of colour, power is as consequential as rights.

If social movements for racial justice, technology companies and elected officials were able to carve out a sweet spot where Black activists had the power to use the internet to speak freely about anti-racism without having our speech suppressed by both algorithmic bias and organized hate; if we could assemble to oppose police violence without the threat of violent reprisal at every turn; if we could employ a press to contest for power without being criminalized and excluded – then we as a nation can claim the First Amendment is inherent to the democracy we want, and the future of freedom we demand.

Banning White supremacism is not censorship, it is accountability

Spike in the number of scientists studying Covid awes researchers