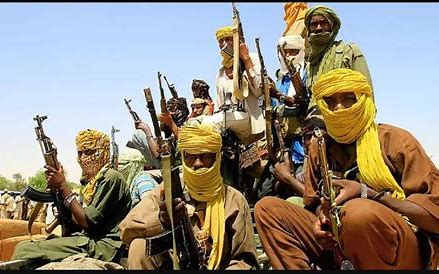 How theft of a ‘tuk tuk’ triggered tribal fighting between Arabs and Africans in Sudan’s Darfur, killing 125

The death toll from tribal clashes over the past week in Sudan’s Darfur region has reached at least 125, the United Nations said Tuesday.

The violence, the latest in the war-ravaged region, erupted following a land dispute between Arab and African tribes in the town of Kulbus in West Darfur province. Local Arab militias then attacked multiple villages in the area.

The UN Office for the Coordination of Humanitarian Affairs said the dead included over 100 from the African Gimir tribe and 25 Arabs. It said the clashes injured more than 130 others, mostly from the non-Arab tribe.

OCHA said at least 25 villages in the Kulbus area were attacked, looted and burned and that at least 50,000 people were forced to flee their homes in West Darfur and neighboring North Darfur province, where the clashes spread.

Elsewhere in West Darfur, at least 19 people were reportedly killed and 54 others injured in separate tribal clashes earlier this month, according to OCHA.

The violence in the town of Abu Jubayhah, which lasted for three days, grew out of a robbery of a tuk tuk, a three-wheeled vehicle, on June 5, it said. The fighting displaced more than 15,000 people after six neighborhoods in the town were burned down, it added.

OCHA said the fighting subsided following the deployment of troops to the area. Authorities declared a nightly curfew last week but the situation remains tense, it said.

The past week’s fighting was the latest bout of tribal violence in Darfur. It came as Sudan remains mired in a wider crisis following an October military coup — a takeover that upended Sudan’s transition to democracy after a popular uprising forced the removal of longtime autocrat Omar al-Bashir in April 2019.

The Darfur conflict began in 2003 when ethnic Africans rebelled, accusing the Arab-dominated government in the capital of Khartoum of discrimination. Al-Bashir’s government was accused of retaliating by arming local nomadic Arab tribes and unleashing militias known as the Janjaweed on civilians there — a charge it denied.

Al-Bashir, who has been in prison in Khartoum since he was ousted from power in 2019, was indicted over a decade ago by the International Criminal Court for genocide and crimes against humanity perpetrated in Darfur.

Ask Richard: How do you overcome obstacles in your adventures, and what’s one thing they have in common?