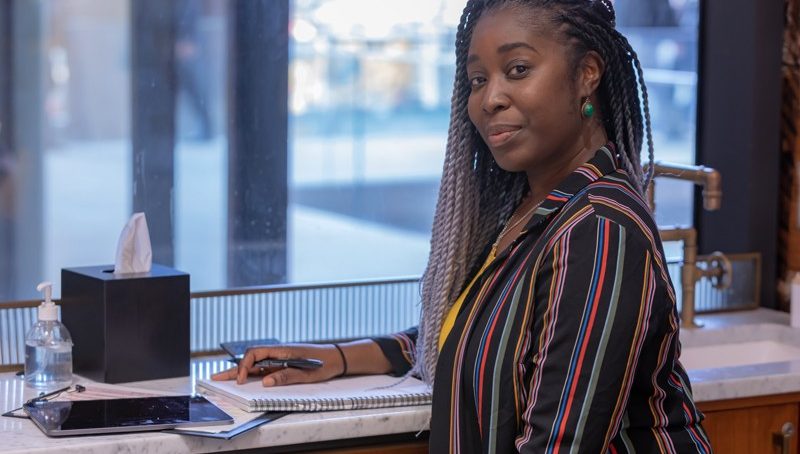 Vida Maralani began her career studying whether education is, in fact, the ticket to socio-economic advancement and reducing inequalities, as she’d been taught.

“I’ve evaluated some of the most expensive social policies our government has ever funded to prevent school dropouts,” says Maralani, interim director of the Centre for the Study of Inequality at Cornell University in Ithaca, New York.

Yet she found that policies targeted at children in low-income families who were at risk of dropping out of school could only do so much.

“These kids were not moving out of their neighbourhoods, and their mums had no more resources than they did before,” she says. “The disadvantages that surrounded their community did not change.”

Generally, the unequal or unjust distribution of resources and opportunities in a society is studied in just one dimension, such as through income or education, says Maralani. Yet inequalities in income, wealth, education, health and access to technology are inter-related and differ by gender, race, ethnicity and geographical location in important ways.

The root causes are multidimensional and dynamic. Some of the most influential work of the past decade – notably French economist Thomas Piketty’s 2013 book Capital in the Twenty-First Century – demonstrated how persistent inequality has become, even raising international concern.

There’s an urgency driving increased interest in inequality research. “The reason for it is horrific – inequality is growing,” says Melanie Smallman at University College London, who studies how technology contributes to inequality.

More than two-thirds of countries are experiencing increased income disparity, which exacerbates the risks of divisions and hampers economic and social development, according to the United Nations World Social Report 2020 (see go.nature.com/3hpyjkw).

Covid-19 has only raised the bar for inclusive research, because scientists can now assess the impact of the pandemic on those inequalities. Income losses due to the pandemic are estimated to be higher in people paid the least – pushing many deeper into poverty and jeopardising the prospects of future generations, according to the World Bank.

Not surprisingly, the field is expanding. “The concern that worsening inequality will be long-lasting is one of the key reasons those in the field expand their research often via challenging interdisciplinary approaches — and increasingly through a lens of justice,” says Maralani.

As researchers attempt to disentangle the complex drivers of worsening inequality, the expansion of the sphere of scholars and organisations exploring inequality “is a silver lining”, says Maralani. A lot of people with the right skills are needed to collaborate across fields as disparate as sociology, health and climate change. The challenge, she says, is to go beyond well-worn paths of how we think about inequality and think more holistically.

Take human migration. Demography has long been studied by sociologists, but migration is now influenced heavily by natural resources and climate change.

“As we get more data, our ability to study things really expands,” Maralani says. “And as we are better able to share and visualise and describe our data, then our engagement with the public expands.”

Technological change, the decline of trade unions, low minimum wages and the proliferation of no-contract gig jobs are all contributing factors in the continued increase in inequality in the United States since 1980, raising concerns among researchers, policymakers and politicians.

One of the UN’s Sustainable Development Goals is to reduce inequality in and between countries. And numerous funders – including the Ford Foundation, the Russell Sage Foundation and the William T. Grant Foundation, all in New York City and the MacArthur Foundation in Chicago, Illinois – have launched initiatives to “reduce inequality”, and called for researchers to develop evidence-based strategies to meet the goal.

“There’s a broad feeling that this monster is too big for any one academic profession to claim as the job,” says Don Kalb, a social anthropologist at the University of Bergen in Norway. There is also a push to monitor technology shifts in real time to try to prevent inequality from getting even worse. The move away from fossil fuels is a prime example.

“The green transition has a very high probability of increasing all sorts of inequalities”, in part because most green-technology leaders are in high-income countries, he says. Researchers need to assess the political tools that might be needed to prevent that source of inequality – particularly given that society now has the capacity to capture real-time data relating to that goal. If successful, the research could even make a leap towards social justice.

One goal of inequality research is to make the production of science itself more egalitarian. As interdisciplinary approaches swell to meet growing demand from funding agencies and journals, scientists are grappling with how to meaningfully involve members of the public.

During the 10 years that Sasha Henriques was a genetic counsellor in the United Kingdom and South Africa, she had nagging concerns about her work. She wondered whether the data being used to counsel patients about genetic conditions were adequately representative. And the lack of diversity among counsellors bothered her.

To explore the intersection between race, ethnicity, ancestry and genomics, Henriques has started a PhD at the University of Cambridge, UK. “It’s all intersectional,” she says, “nobody belongs to just one group.”

Henriques’s research will identify when it is relevant to include race in research data, how best to categorise human populations beyond race and ethnicity and how to make the benefits of genomics and health research equitable. But the issues are so complex that Henriques made sure her work was guided by her core value: offering people the tools and information they need to help them understand their genetic risk for disease and make any necessary health and lifestyle decisions – options that have been less available to historically excluded populations.

She advises other inequality researchers, especially those wanting to break into the field, to do the same. “It can feel quite overwhelming to narrow down the research to do something meaningful without going down all sorts of rabbit holes,” says Henriques.

Another key strategy is making sure that oppressed communities are directly involved in the core research design. For example, some health-equity researchers caution that publishing work on historically excluded groups that were not involved in the process might lead to specious conclusions that only perpetuate bias.

If the goal is to find realistic solutions to inequality, Henriques notes, it is important to bring society into the scientific process. “It can be intentionally embedded within research and research design,” she adds. As Henriques works out how to do that in her research, she has created a website to begin conversations with members of the public.