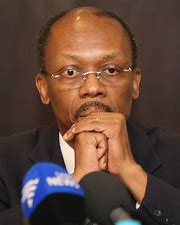 The rise – and fall – of former Haitian President Jean-Bertrand Aristide, who saw himself as a champion of Haiti’s poor, represented a turning point for gangs in the island nation, particularly those in areas such as Cité Soleil where the grinding poverty contrasts sharply to that of the wealth found in Pétionville, a plush suburb home to many of the country’s elite.

Many of the gangs, particularly in Cité Soleil, rallied behind Aristide’s support of the poor, as well as his criticism of Haiti’s elite and foreign meddling. Before he was ousted from power for a second time in 2004, Aristide was linked to armed groups called “Chimè” or “ghosts”.

Three men who had supported ousted President Jovenal Moïse and were reportedly close to him before his death were sanctioned by the US Treasury over their alleged involvement in a 2018 attack against anti-government protesters in which at least 70 people were killed, 400 houses destroyed, and at least seven women were raped. One was Jimmy “Barbecue” Cherizier, a former police officer who has since become leader of the “G9”, a federation of gangs in Haiti’s capital.

Like some armed groups who sided with Aristide, Cherizier has railed against the huge economic and power disparities between the poor and Haiti’s elite – often lighter-skinned business owners and politicians who control much of the country’s wealth.

Cherizier has also called for the resignation of Haiti’s current prime minister, Ariel Henry, who narrowly escaped an alleged assassination attempt himself in the northern city of Gonaïves on January 1 this year.

Elections are meant to take place this year, but no date has been set – largely because of the gang violence, and due to infighting between Henry and civil society groups who want a transitional two-year government to assume power.

Henry, a neurosurgeon, has vowed to crack down on the gangs, but the police say they don’t have enough resources to tackle the problem.

“We are very concerned about the insecurity and the hotbeds of gangs that are growing across the country,” Garry Desrosiers, spokesperson for the National Police of Haiti, says.

“Obviously, security is expensive in all countries of the world,” he added. “But we don’t just need money, we also need logistical [support] and human resources. It is not up to the police to seek these means. The state defines security policy and allocates resources to the police.”

Given the long history of gangs in Haiti and their rising numbers, some say it’s inevitable that they need to be part of the solution – especially since many of their young members have so much to lose if the country’s social, economic, and political problems don’t improve.

“This isn’t a military solution; the solution is social, economic and it’s about justice,” said Clarens Renois, a former journalist who is now with the National Union for the Integrity and Reconciliation, a political party that is calling for non-violence and reconciliation in order to spur investment and stability in the country.

“Give [gang members] work and they will leave the gangs,” Renois said. “There wouldn’t be war if there was work,” he observes. “The youth would wake up to work – not fight – because they are making money. But when there are no jobs, the guys wake up, they sit with their guns, they finish drinking and smoking and… they want to shoot in Brooklyn.”

One former gang member said he joined the “Soley 19” gang when he was just 14. Now in his 40s, he works with charities to help register children for school. He also said he volunteers to help with infrastructure projects in Cité Soleil. He declined to be named for security reasons.

Most of our friends didn’t make it to their 18th birthday,” he says. “This is why I’m proud, because I survived. Now, I have a house with three rooms where my kids can grow. I have real beds now.”

Haiti, once a prosperous Black nation, is now a playground for criminal gangs patronised by power elites