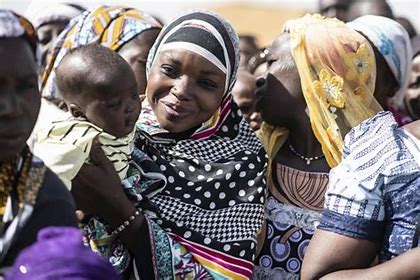 Metsi Makhetha, the UN’s highest ranking official in Burkina Faso says the refugee situation in the West African is “getting more complex” and that aid agencies “simply must and will do more” to protect women and girls from sexual exploitation.

A senior aid official, whose name is being withheld as the official is not authorised to speak to the media, said efforts to prevent sexual exploitation and abuse, as well as other protection-related issues, have “come in second place” throughout the response.

Burkina Faso was until recently considered one of the most peaceful countries in West Africa. But the security situation has deteriorated over the past five years amid attacks linked to al-Qaeda and the so-called Islamic State, increasing the number of displaced people by more than 1,000 per cent over the past two years.

Many women interviewed said they had lost relatives and friends in attacks, which have continued to escalate despite a fragile ceasefire agreement in parts of the country between the government and some jihadist groups.

Some of the women said they lived in poorly serviced camps, most of which the government doesn’t recognise as official displacement sites. Lacking formal status, aid groups and authorities “appear to have forgotten to put in place basic services” in the sites, including measures to better protect women from exploitation, said a humanitarian official who requested anonymity to avoid jeopardising relations with the government.

While it’s not uncommon for local authorities to manage registration lists in a humanitarian response, aid agencies said skyrocketing displacement means the process in Burkina Faso was initially chaotic, which slowed aid distribution.

In Kaya, a mid-size town in the Centre-North region, where nearly 500,000 displaced people are living and 60,000 are facing “emergency” hunger levels, government officials said their capacity to register people was overwhelmed.

The officials said poor communication and insufficient staffing initially resulted in displaced people not knowing where to register, registering but not receiving aid, or registering their names on multiple lists – some of which never made their way to aid agencies.

To improve the system, the authorities in Kaya said they enlisted in 2019 around 30 volunteers – mostly male community leaders nominated by displaced people – to register new arrivals.

Some women said they were approached for sex by the nominated community leaders, whom they recognised.

Three local leaders involved in the registration process said they had heard reports of women being exploited but added that such behaviour was not representative of most volunteers.

Some of the men may have pretended to be involved in the registration process and capitalised off the lack of information around how to register for assistance, government officials and community leaders said.

The eight women interviewed for this report said they found it difficult to verify the status of the men who approached them. The men would set up workstations under trees and in abandoned compounds, or stand with clipboards next to what appeared to be official registration points.

“We are farmers, growing crops and breeding animals,” said Rasmata Ouedraogo, a 46-year-old mother of five who fled her home after a jihadist attack in January 2020. She said she could not tell who was part of the response and who wasn’t.

Between August 2020 and March 2021, Ouedraogo said she tried several times to register with people she thought would help her get food assistance. She said she was twice solicited for sex and declined.

The aid worker who noted the 13 cases said they had frequently encountered distraught women at food distribution sites in Kaya who had found that their names were not included on lists.

“[Women] tell us about this openly,” the official said. “You can go and ask why she’s crying, and she’ll tell you that when the names were registered, ‘he offered me this and that, and I refused, and that’s why my name is not on the list’.”

The aid worker said they believe Kaya is just the tip of the iceberg, with the same situation happening in displacement sites in other towns and regions, where the registration process is also government-managed. They did not confirm what procedures they had followed after encountering the cases, citing confidentiality.

However, the agency they work for said it had received no allegations, suggesting the cases were not reported. The New Humanitarian is withholding the name of the agency to protect the privacy of the aid worker.