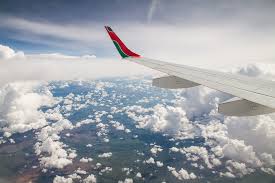 I did not plan to go to America. The decision just made itself. One Wednesday morning on the bus along Ngong Road, Nairobi, on my way to the office, I put my hand in my inner coat pocket and discovered that I had inadvertently carried my passport. As I turned the largely blank pages of the document, an interesting thought started to form on the edges of my consciousness.

I had heard horror stories of the experiences most people went through as they sought to apply for a US visa. I found myself wondering how I would be treated if I applied for the visa.

As the bus pulled out of the Adams Arcade bus stop, this was just a hypothetical question. However, as the old engine roared past the Ring Road Kilimani junction towards Nairobi Baptist, the thought refused to leave my mind. “What if I actually applied for the visa one of these days?” I asked myself. By the time we were passing the Headquarters of Nairobi Area Police near the junction of Hospital Road, the question had iterated to “What if I applied for a Visa today?” By the time we entered the CBD through the Uhuru Highway / Kenyatta Avenue Roundabout, I had made up my mind that I would indeed apply for the US visa that very day.

My boss, Peter Onyango, was a morning person who usually got to the office before most other people, and on this Friday, I glanced at the open door of his office and saw him busy at his computer as usual. Shortly after I had taken the moments, I needed to organise my thoughts as to how to broach the topic, I walked to his office and told him that I needed to apply for a US visa and needed a letter of introduction from the law firm. The only question he asked me was whether I had decided to leave the firm. I reassured him that if I succeeded in getting the visa, I would only visit the States for two or three weeks during the Christmas break and would be back in January. This was not entirely accurate as I really had no plans to travel to the US at this point. Applying for the visa was actually just a way of following through on my own dare to myself that before the day was over, I would have found out what kind of treatment I might receive from the American embassy upon my submission of my visa application.

Once I explained my plan, Peter did not need more persuasion. He actually asked me to draft the letter for his signature, which I did. Once I got the letter to the US embassy done, I had one more hurdle to get over. I did not have the Ksh2,500 or $25 visa fee that was required. I called my sister Rosemary who worked four streets away at Bruce House and asked her if I could borrow the money without disclosing the reason. Fortunately, she had the cash at hand and asked me to pass by her office to pick it up, which I did.

By 10.00 am, I was making my way up the steps of the US Embassy at the junction of Haile Selassie and Moi Avenues. In those days, one did not need to make an appointment to apply for a visa but they served applicants on a first come first serve basis. I went to one of the counters in the consular section and I was served by a friendly African American gentleman. In my application, I had mentioned that I was a Rhodes Scholar on holiday from Oxford. This got the gentleman on the other side of the counter brimming with enthusiasm.

“Do you know that our new President is a Rhodes Scholar like you?” He asked smiling broadly and looking at me as if he were meeting a celebrity or a famous statesman like Nelson Mandela.

Bill Clinton had been elected President two weeks before and had not yet taken office but there was excitement among many African Americans who felt that he represented their interests more than the incumbent George H.W. Bush whom he had soundly beaten with the help of the African American vote

“Yes, I know and I want to be President like him,” I said only half-jokingly. We both laughed as if we had known each other for ages.

“We are not allowed to give visa applicants our names,” he said with a tone of regret, “but I will save your details and I am sure we shall meet again some time.” He then asked me whether I planned other future visits to the US apart from the forthcoming one.

“I have family there,” I replied, not quite sure where he was going with that question, “and so I am sure I shall be going to visit them in the future.”

“In that case, tell you what,” he volunteered, still beaming with a smile, “I will give you a five-year multiple-entry visa so that you don’t have to keep coming back here for a visa.” With that, he took my papers before directing me to the cashier’s window where I paid the fees and was asked to pick up my passport the following day.

When I got back to the office, I asked Peter for permission to make an international call to my sister Thira in the US. I just wanted to let her know that I had gotten a visa and that if the opportunity ever arose for me to visit in the future, I would not have to apply for one. But no sooner had I informed her of my unexpected good fortune than she asked excitedly, “Can you come next week for Christmas so that I send you a ticket?”

I was lost for words. Everything was moving so fast. It had been less than six hours from discovering that I had accidentally carried my passport earlier that day to this point where we were discussing the purchase of tickets. By the time my brief conversation with Thira had ended, we had agreed on a Christmas vacation trip to California and firmed up the dates of travel.

That evening, when I informed my aunt about the exciting developments of the day, she was truly happy for me. However, she pointed out that it would not be a wise use of money to travel all the way to the US just for two or three weeks over the Christmas break.

She suggested I consider either putting off the trip to a later date when I could travel for a longer period of time, or alternatively to resign my job and travel at that time but stay for a longer period and hope to find something permanent to do in the States.

Her argument made sense and I called Thira and asked her to buy an open-ended ticket so that I could visit the States for a longer period of time. We agreed on a return date six months from the date of arrival with the understanding that we could always change the date if it became necessary.

The ease with which I had gotten the visa and the enthusiasm with which the news was received by my sister who went on to purchase a ticket for me that very day would have been exciting enough any person. But in my slightly manic state, I took the day’s developments to mean that having sufficiently spread my charm in my country of birth, the rest of the world now clearly needed me and could wait no longer for their turn to host and learn from this great statesman of our time.

And so, I was coming to America.