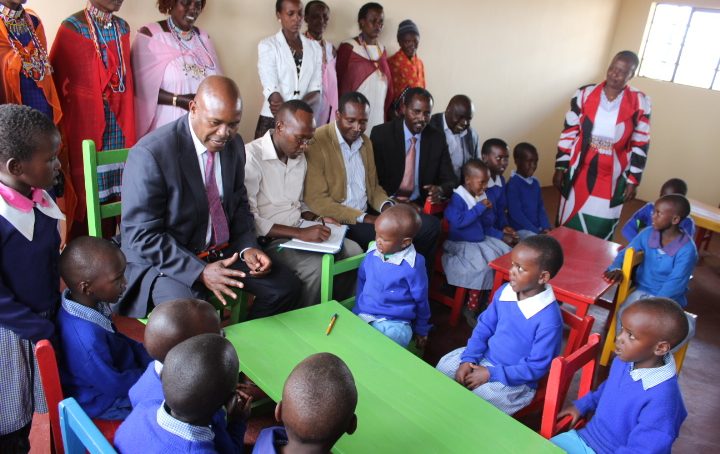 Administrators in Kajiado County have been tasked with ensuring 100 per cent transition from primary to secondary education for learners who sit the Kenya Certificate of Primary Education (KCPE).

A directive issued by Kajiado County Commissioner David Kipkemei after the release asked chiefs and their assistants in the county to ensure that all learners proceed to secondary education.

Kajiado North Deputy County Commissioner Tom Anjere, while addressing the chiefs at a meeting in Ngong also told them that the directive must be implemented at all costs.

Pastoralist communities in arid and semi-arid regions have been accused of forcing their children, especially girls, to abandon education to marry. Kajiado is one the counties that reported high incidence of teen pregnancy during last year’s examinations period.

Against this backdrop, Mr Anjere directed the chiefs to compile a list of all candidates in their areas of jurisdiction in order to follow up on those who fail to join secondary school.

“We must pursue our dream of ensuring every learner goes through secondary education,” said Anjere.

However, he noted that parents who may not afford to take their children to schools they have been admitted to must inform the chiefs so that they can be transferred to their preferred schools.

“The government through the constituency development fund (CDF) has increased the number of day secondary schools that are affordable even to the low-income earners,” Anjere pointed.

In his speech during 2018 Jamhuri Day celebrations President Uhuru Kenyatta said all the candidates who sit the primary school examinations would be enrolled in secondary schools.

All the 1,052,364 candidates who sat KCPE last year are expected to join Form One as directed by Education Cabinet Secretary Amina Mohamed.

The Ministry of Education analysis of 2015 found that only two out of every five pupils who started Standard One in 2004 sat the Kenya Certificate of Education in 2015.