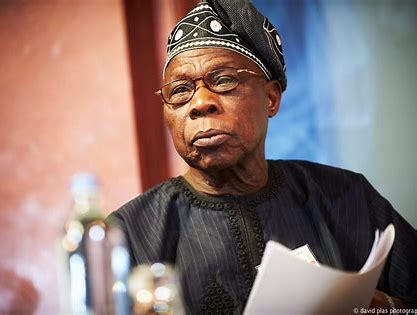 A new round of deadly attacks and forced conscription has begun against ethnic Tigrayans in an area of Ethiopia now controlled by Amhara regional authorities in collaboration with soldiers from neighbouring Eritrea, people fleeing over the border to Sudan said as the yearlong war intensifies.

Urgent diplomatic meetings with Prime Minister Abiy Ahmed and Tigray leader Debretsion Gebremichael in an attempt to calm the fighting have found a small “window of opportunity” as the rival sides agreed a political solution through dialogue was required, African Union envoy Olesegun Obasanjo said in briefings Monday.

The State Department said the US envoy Jeffrey Feltman saw a window to act with Obasanjo and was meeting with him in Ethiopia’s capital on Monday night.

Tigray forces have been approaching Addis Ababa to press the prime minister to step aside, leading Ethiopia’s government to declare a state of emergency last week while the US and other countries urged citizens to leave immediately. The war has killed thousands after political tensions with the Tigray forces who once dominated the national government turned deadly.

Those fleeing the western Tigray communities of Adebay and Humera in the past week described warnings from Amhara authorities against supporting the Tigray forces. The accounts confirm warnings by the US and others that Eritrean soldiers remain in the Tigray region, and they indicate that pressure is growing on Tigrayans of mixed heritage who have tried to live quietly amid what the US has alleged as ethnic cleansing in western Tigray.

As reports grew about the Tigray forces’ momentum, Amhara authorities at a public meeting in Adebay on October 29 warned residents against supporting them, two men who fled to Sudan said.

“There are people working for (the Tigray forces). You should give them to us or we will kill you all together,” one who fled, 28-year-old Mawcha Asmelash, recalled authorities saying.

Five days later, he said, Amhara militia attacked. “I saw four people being killed on the run,” he said.

He and other men hid in the bush for two days, gathering information from local women and trying to judge whether it was safe to return. But the women estimated scores of men had been killed and residents had been forbidden to bury their bodies. The women urged them to flee.

Another man who fled Adebay, 36-year-old Berhane Gebremikael, confirmed the public meeting. He said he saw one man killed as he ran from Amhara militia and the Eritrean soldiers, who he said have a camp in the community.

“They called it revenge,” he said. He described a perilous situation for Tigrayan residents of Adebay who had remained during the war, with many changing their identity, paying bribes or using mixed heritage for a measure of protection. Berhane, whose mother is Eritrean, now fears he can’t return.

“Maybe the worst things will happen in the next days,” he said. “The international community should intervene.”

A man who fled to Sudan from the city of Humera, near the Eritrean border, told the AP he had stayed there because of his part-Tigrayan heritage, but last week Amhara authorities “started collecting people. Young men and boys are being forced to join the fighting.”

Again, it started with a public warning, 28-year-old Alemu Abraha said. Then Amhara authorities, along with Eritrean soldiers, started visiting homes at night to take people away. His friends were taken, he said, and he believes the men are being sent to the Amhara region, where most fighting has occurred in recent months.

Amhara regional spokesman Gizachew Muluneh did not respond to AP questions. Amhara regional officials have asserted that western Tigray is historically their land, and during the war witnesses and humanitarian workers have described scores of thousands of Tigrayans forced from communities there.

Meanwhile, reports of mass detentions of Tigrayans continue under the state of emergency. An Ethiopian Orthodox Church official in Addis Ababa, speaking on condition of anonymity for fear of retribution, said dozens of priests, monks, deacons and others had been detained in the capital because of their ethnicity. Ethiopian authorities have said they are detaining people suspected of supporting the Tigray forces.

The government-created Ethiopian Human Rights Commission in a statement noted with concern that “arrests appeared to be based on ethnicity” and included the elderly and mothers with children.

As the war closes in, Ethiopia’s government insists that life in the capital remains normal. On Sunday, scores of thousands of people rallied in Addis Ababa in a show of support, some carrying signs criticizing the international community, including foreign media.

On Monday, AU envoy Obasanjo, a former Nigerian president, told the AU Peace and Security Council he saw a window of opportunity after meeting separately with Ethiopia’s prime minister and the Tigray leader over the weekend. The rival sides agree “the differences opposing them are political and require political solution through dialogue,” he said.

The envoy added, however, that “the window of opportunity we have is very little and that time is paramount for any intervention” in the critical situation facing not only Ethiopia but the Horn of Africa at large. He repeated calls for dialogue without preconditions, an immediate cease-fire and immediate and unrestricted humanitarian access.

State Department spokesman Ned Price told reporters that envoy Feltman met with the prime minister Friday and then went to neighbouring Kenya to meet its president before returning to Ethiopia on Monday to “urgently press the parties to de-escalate the conflict and negotiate.”

There was no indication that Feltman, like Obasanjo, went to the Tigray region. Price simply said that “we have engaged with the (Tigray forces) as well.” The prime minister’s spokeswoman has called the meeting with Feltman “constructive,” with no details.