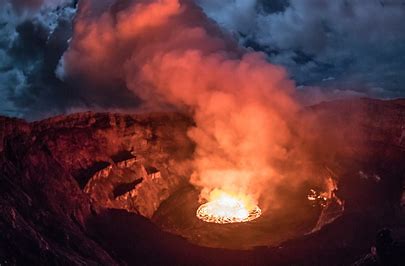 Bangladesh’s population is nearly 168 million – 99,000 of whom were displaced following 31 disasters in 2021. Nepal’s population is 30 million, meaning that proportionally almost exactly the same amount of displacement occurred.

Azmat Ulla, head of Nepal’s delegation at the International Federation of Red Cross and Red Crescent Societies (IFRC) suggests that some of this misalignment in attention could be down to topography.

“[Bangladesh] is all flat, so when flood water gushes you can see flood water being stagnant and people walking in water at waist level – or even beyond that – and they’ll be sitting on their roof waiting for help,” Ulla said.

In contrast, he explained, Nepal’s mountainous and glacial terrain is difficult to access and the impacts of climate change there are complex and often not clearly and widely explained.

“Glacial bursts combined with monsoons in hilly regions… cause a lot of water outflow, washing villages [away], causing landslides and havoc to a lot of vulnerable communities.”

This, he added, could impact the level of awareness and subsequent aid, “If you don’t tell the story to the world, they’ll never know.”

In 2008, international humanitarian funding for flooding in Nepal was $125 million. That has dropped to less than $25 million in recent years.

“The UN has done some [response] programmes on the disasters. That’s helpful, but it’s not enough,” Gyawali said. “We should work on the preparedness side more so we can make [people] aware [and] educate these people so they can go to safe places.”

While floods are not new to Nepal, the country “is not necessarily prepared to deal with the major natural disasters occurring in a multi-hazard environment, such as extreme rainfall that carries a lot of sediment or a landslide that blocks a river,” noted Dr Santosh Nepal, researcher of water resources and climate change at the International Water Management Institute.

There is a growing understanding of how floods are happening in the country, said Nepal, but the next step is to share flood forecasting information in a more meaningful way so that communities understand the potential risk and take necessary precautions.

The UN’s emergency aid coordination body, OCHA, doesn’t have a classification for forgotten disasters, but the UN’s Financial Tracking Service does highlight the disparities in global pledges: Nearly 50 per cent of all emergency funding this year is going to only five protracted – and largely conflict-driven – crises.

Florent Del Pinto, emergency operations chief at the IFRC, described the proportion of funding going to lesser-known emergencies as “a concern”. “There is a headline around climate change on the global stage, but there are not many headlines toward the small emergency operations that are really linked globally to climate issues,” he said.

IFRC’s own Disaster Response Emergency Fund (DREF) specifically targets lesser-known global disasters. Of the $30-40 million in funding raised annually for the DREF, Del Pinto said the events in Peru’s Amazonas were “particularly under the radar”, leading to the organisation’s decision to allocate $250,000 towards distributing blankets, building tools, food, psychosocial support, water and sanitation, and hygiene kits.

The Red Cross would generally assist disaster-affected populations for “not more than six months” before handing over to local authorities and communities, Del Pinto said, conceding that states sometimes “do not stand up” to fulfil their role. DREF funding, meanwhile, also has its limitations. For example, in Amazonas, Del Pinto explained, “we don’t have [enough] money to facilitate a smooth transition or recovery or even development.”

Given both rising climate change risks and improved technological abilities to forecast disasters, there have been growing calls for more anticipatory action and financing, including most recently by the G7 group of industrialised countries.

“We are trying to ensure that disaster risk reduction is not only seen as an issue that has to be taken up by the development actors, but also by the humanitarian community,” Mena told The New Humanitarian. “When you don’t use the possibility of the recovery process to build back better and ensure that you infuse a stronger resilience into communities, then you are potentially repeating the same cycle of disaster-response-recover-repeat.”

Mena said UNDRR is working with OCHA to provide better guidance on how to incorporate disaster risk reduction into humanitarian programming.

This may not be fast enough for survivors of the events in Amazonas who are taking their lives into their own hands by remaining where they are as they await assistance. Many feel forgotten, and the future is scary.

In El Salao, Samuel, who works in the low-lying rice fields nearby, explained that he and his family are hoping that new reinforcements are built along the river to avoid further flooding, and possibly the destruction of their new home. They keep a close eye on the river, returning to the emergency tented camp whenever water levels rise.

“These events haven’t been silent for us,” he said. “We are still very worried.”