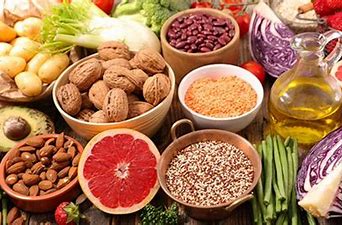 Food, sleep and health: The future belongs to those who wake up early for they’ll eat and sleep healthily

The future, my mom used to say, belongs to those who wake up early. L’avenir appartient à ceux qui se lèvent tôt. She’d say this as we drove to early ice-skating practices on those cold winter mornings growing up in Quebec.

As it turns out, science may be proving her right, although perhaps not in exactly the way she thought.

I am a researcher who specialises in understanding the links between diet, sleep and health. Up until around 2014, my lab focused on examining how too little sleep affects obesity. Our work showed that reducing sleep by about four hours per night, for four nights, led to an increase in eating, amounting to about 300 calories per day (the equivalent of one McDonald’s cheeseburger).

The cause, we found, is increased activity in the reward centres of the brain specific to food, along with alterations in hormones that control feelings of fullness. In other words, people who sleep less feel hungrier, and tend to crave foods that are high in sugar and fat.

Then, in 2014, the US Dietary Guidelines Advisory Committee – the group of scientists that makes recommendations about what Americans should eat to be healthy – reached out to me to ask the opposite question: How does diet affect sleep? This was an intriguing question.

It’s also a very important one. About 35 per cent of Americans get less than the recommended minimum of seven hours of sleep per night; 10 percent to 30 per cent suffer from a sleep disorder like insomnia or sleep apnea. Sleeping too little and sleep disorders have been associated with a host of problems ranging from psychological conditions to chronic diseases such as type 2 diabetes and cardiovascular disease.

But getting more and better sleep isn’t always just a matter of going to bed earlier: It turns out that diet is an under-recognised contributor to good or bad sleep.

Usually, people can pinpoint food or beverage triggers that contribute to bad sleep: Drinking coffee too late in the day or having a large meal too close to bedtime are two obvious ones that can interfere with sleep. What is less noticeable is how healthy choices made throughout the day can have a positive influence on slumber.

Our studies over the past seven years have shown that eating more fibre and less saturated fat and sugar during the day results in deeper, less disturbed sleep at night. It may be particularly helpful to eat a Mediterranean-type diet rich in fruits and vegetables, legumes, nuts, whole grains and olive oil, and low in red and processed meat and whole-fat dairy.

Why? It’s partly because protein-rich foods such as nuts and seeds, fish, poultry and eggs contain tryptophan, an amino acid from which the sleep-regulating hormone melatonin is produced in the brain. Other foods — including tomatoes, pineapple, tart cherries, bananas, apples, vegetable oils, nuts and animal products — contain melatonin itself. In plants, melatonin serves as an antioxidant to prevent damage, while in animals it serves to regulate their sleep (much as it does in humans). Eating such melatonin-rich foods may also boost your own melatonin levels, although research on this is sparse.

Our work suggests that the effects of diet on sleep can be as powerful, or maybe more powerful, than mindfulness practices (increasing awareness and acceptance of one’s thoughts and feelings, through meditation for example) or melatonin supplementation through pills.

In the end, bad sleep and poor diet can be a vicious cycle: Lack of sleep leads to poor dietary choices, which in turn causes low quality sleep. But we can interrupt this cycle and turn it around. Eating well throughout the day could produce sounder, more restful sleep, which, in turn, could contribute to making better food choices.

Interestingly, this may be easier to achieve for early birds. People who consider themselves night owls –  feeling their best late in the day rather than early – tend, on average, to eat less plant protein, fruits and vegetables. This evening preference is also associated (again, on average) with greater rates of illness and earlier death.

So perhaps the future does belong to those who wake up early after all.

To policymakers: Abandon this stifling stereotype that all refugees are passive victims in need of help