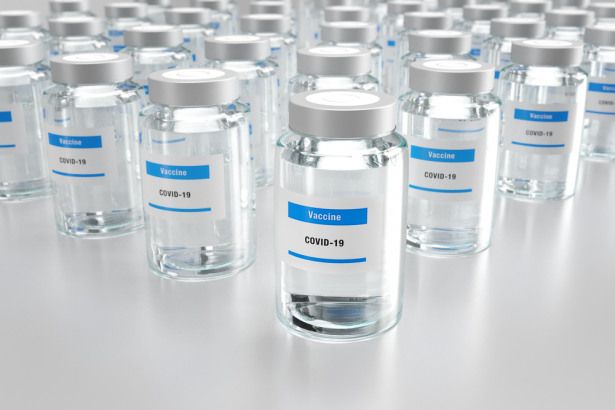 Scientists at the Food and Drug Administration endorsed the Covid-19 vaccine developed by Moderna as safe and efficacious a day after the first doses of a competing vaccine from Pfizer and BioNTech were delivered across the United States.

The FDA reviewers said that the two-dose vaccine “was highly effective” in preventing symptomatic Covid-19 from occurring “at least 14 days after the receipt of the second dose.”

Vaccine-related side effects, such as aches and pains, appeared more severe than with the Pfizer/BioNTech vaccine, though such comparisons should be made with caution and are in no way expected to slow the clearance of the vaccine or present major concerns.

There was also preliminary evidence that the vaccine has some efficacy after one dose and that it prevents asymptomatic Covid-19 cases – those that occur without a person ever feeling ill.

Moderna disclosed on November 30 that its vaccine decreased symptomatic Covid-19 infections by 94 per cent in clinical trials, while also preventing more severe forms of the disease.

But the release of FDA documents provides the most complete look yet at what is likely to be the second Covid-19 vaccine cleared for emergency use against the disease.

At last week’s meeting of the Vaccines and Related Biological Products Advisory Committee, the agency will seek the opinions of outside experts who will vote on whether the benefits of the Covid-19 vaccine, mRNA-1273, outweigh its risks. Though the FDA does not have to follow the recommendations of these panels, it usually does.

About 10 per cent of volunteers in Moderna’s trial identified as Black, while 20 per cent were Hispanic or Latinx, five per cent were Asian, and just under one per cent were Native American. In September, Moderna slowed down the enrolment of its trial in an effort to include more participants from underrepresented racial and ethnic groups.

Like the Pfizer/BioNTech vaccine, mRNA-1273 utilises a new technology that uses a synthetic version of messenger RNA or mRNA, a key messenger chemical that living things use as part of the process that turn DNA code into the proteins that make up all cells.

That both of these vaccines use this new technology is a vindication for Moderna, which raised billions of dollars from investors based on the potential for mRNA technology but until now had not delivered a product.

Severe reactions, which would lead patients to be briefly impaired, but not hospitalised, appear more common with the Moderna vaccine than with the Pfizer/BioNTech one, although comparisons from different trials can be misleading.

These types of reactions are generally expected as a result of the immune response spurred by a vaccine, and are not likely to present an issue to regulators or to doctors administering the vaccine.

FDA reviewers also noted an imbalance in cases of Bell’s palsy, a temporary weakness in muscles in the face, which also occurred with the Pfizer vaccine. There will be monitoring for this side effect.

Moderna said that it has conducted a developmental and reproductive toxicity study, used to assess giving a vaccine to pregnant women, with no adverse effects. Pfizer/BioNTech are still conducting such a study.

One encouraging finding with the Pfizer/BioNTech vaccine was that it appeared possible a single dose of the vaccine was effective in preventing Covid-19. Moderna is presenting a different analysis of the same question, looking at Covid-19 tests that were administered to patients at their first and second doses of the vaccine.

At the second injection, there were 14 cases that tested positive for Covid-19 in the vaccine group, compared to 38 in the placebo group. None of these patients had symptoms. Although the numbers are small (there were more than 14,000 patients in each group) they may indicate that one dose of the vaccine is somewhat effective in preventing the disease, and that the vaccine prevents asymptomatic cases.

US coronavirus crisis: One person dies every 36 seconds