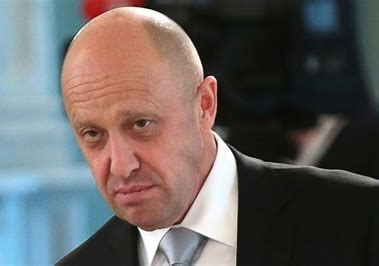 The founder of a notorious Russian mercenary force has been added to a European Union sanctions blacklist.

Yevgeniy Viktorovich Prigozhin, who is closely linked to Russian President Vladimir Putin and the Russian defence ministry, was added to the list of individuals sanctioned by the EU on Thursday this week for his role in undermining the “territorial integrity, sovereignty and independence of Ukraine”.

“[Prigozhin] is the founder and unofficial head of the Wagner Group, a Russia-based unincorporated military entity, responsible for the deployment of Wagner Group mercenaries in Ukraine,” the Council of the European Union said in a statement.

Prigozhin’s companies benefitted from large public contracts from the Russian ministry of defence after the illegal annexation of the Crimea by Russia in 2014 and had benefitted from the occupation of eastern Ukraine by Russia-backed separatists, the Council said.

The Wagner Group founder and another businessman, Ukrainian national Serhiy Vitaliyovich Kurchenko, who the Council said controls a number of large metallurgical, chemical and energy plants in separatist-held areas of eastern Ukraine, were added to a list of 1,093 people and 80 entities subject to EU “restrictive measures”, over war in Ukraine and that include asset freezes and travel bans in EU member states.

“Russia’s war of aggression against Ukraine grossly violates international law and is causing massive loss of life and injury to civilians,” the Council added.

“Russia is directing attacks against the civilian population and is targeting civilian objects, including hospitals, medical facilities, schools and shelters. These war crimes must stop immediately. Those responsible, and their accomplices, will be held to account in accordance with international law.”

In December, the EU imposed sanctions on Wagner Group members, as well as on eight individuals and three energy companies in Syria who were accused of helping finance the mercenaries operations in Ukraine, Libya, Syria, the Central African Republic, Sudan and Mozambique.

The EU has accused the Wagner Group, whose members are mostly former service personnel, of human rights abuses and said they have carried out clandestine operations on the Kremlin’s behalf.