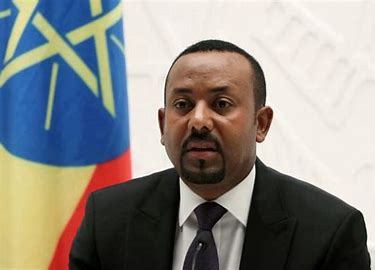 About a year ago, Ethiopia Prime Minister Abiy Amhed declared war on Tigray region to mop up the Tigray People’s Defence Force (TPLF). Prior to the attack, Abiy had accused the Tigrayan forces of launching an offensive against federal army barracks in Makelle, the regional capital.

Within three months, Abiy declared victory in Tigray region after capturing all its major towns and killed senior leaders of TPLF. Civilians were also killed by the federal in what is dubbed Tigrayan genocide by local leadership and international aid agencies.

Abiy’s victory was short-lived, though. The rebels regrouped, recruited fighter, trained and launched multipronged strikes on federal forces in Tigray. Within six months of regrouping, they captured all major towns in Tigray and spread the war to neighbouring Afar and Amhara regions, capturing towns and villages on in the process.

Government forces are now on backfoot. In Amhara region, Dessie and Kombolcha cities, some 250 kilometres north of Addis Ababa, fell to TPLF on Sunday and Monday respectively. The government denied ceding the cities to rebels. It did not provide proof that it was still in charge other than blanket denials. Pictures posted online showed TPLF was in control in the towns.

On Tuesday (November 2), the government announced a six-month state of emergency – an admission that it was on the receiving end of the TPLF onslaught. Earlier in the same week, Abiy called on Ethiopian people to join the army and defend the country.

The call had a ring of genocide. It urged the residents of Adds Ababa to be ready to “bury the rebels”. The unspoken message is: there is panic in Abiy’s government. He is readying the federal army for genocide, a fear the forced Facebook pull down the PM’s message on the platform that elicited strong international condemnation.

It is this party that liberated the country from the Leninist totalitarian government of Mengistu Haile Mariam and changed its ideological persuasion toward the capitalist West.

When Abiy took power, he dissolved the coalition party, EPRDF that brought him to power and established his own party, the Prosperity Party in an attempt to change political dispensation away from ethnic-cum-regional federalism.

Abiy also launched a pragmatist anti-corruption crusade, dismissing and arresting senior government officials and generals in the armed forces implicated in the vice. The arrests and dismissals were felt mostly by Tigrayan elites.

Abiy is an Oromo ethnic from the south, which for decades had waged a separatist war for internal self-rule. Their gripe was marginalisation by the Tigray-dominated government.

When he came to power, Abiy reconciled with Eritrea, the Ethiopia’s arch-enemy in the north, and by and large the number one enemy of Tigrayans.

All this reform raised eyebrows from Tigrayans who considered Abiy’s policies as targeting them. Hence, the resistance that followed the reconciliation between Asmara and Addis Ababa.

Abiy’s approach to Tigray was reckless and juvenile, to say the least. He was too impulsive and over-excited with his ‘reformist’ agenda. Much as he served in the national security services under late Meles Zenawi, Abiy underestimated Tigrayan people’s entrenchment in both public and private sectors, including the economic, political and security reins.

Given their many years at the heart of government, Tigrayans became the most trained soldiers in Ethiopia. They were assigned plum positions and assigned to run sensitive errands for the Ethiopian army, which bestowed them with invaluable combat experience. They were also well-connected regionally and across the globe given their three decades at the helm. Abiy underestimated this reality.

In addition, he overlooked the fact that many Ethiopian celebrated diplomats hail from the Tigray community. Common sense dictated that Abiy Ahmed take into account that he was governing at the whims and pleasure of the Tigrayan elite.

In trying to rein in the Tigray elite, he was actually trying to bite the proverbial hand that was feeding him. It has spanked him. Hard!

The advance of TPLF towards Addis Ababa, foreshadows one thing: it is just a matter of time before he surrenders power and disappears into the tallest grass around. Exile is beckoning – possibly to the United States, where he once served in the military.

Abiy has two options left at his disposal. He could reverse his controversial rapid centralisation policy and allow ethnic regional federalism to continue as it was before he came to power. Alternatively, he can step down and allow someone else to negotiate with rebels.

Else, TPLF will romp to power via the barrel of the gun. It certainly will be messy and bloody in the end. There will be casualties!