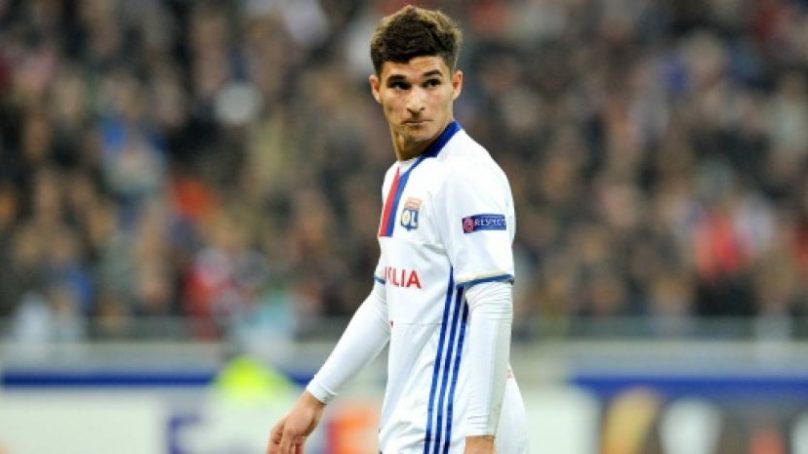 Manchester United and Liverpool have reportedly joined Tottenham and Arsenal in the race to sign Lyon playmaker Houssem Aouar this summer.

Aouar has two years remaining on his Lyon contract but sources have told ESPN Football that the Ligue 1 club want to offload the player.

Liverpool held an interest after selling Philippe Coutinho to Barcelona, but the Gunners soon emerged as the frontrunners and have wanted the player for at least two years. The Emirates outfit actually saw a €40 million ($59 million) turned down last summer. However, Aouar is now expected to be on his way for around half that price.

That lower fee has alerted bargain-hunting Tottenham chairman Daniel Levy, with Spurs said to have jumped to the front of the queue for his signature.

But now ESPN claims that United and Liverpool have been alerted to Aouar’s lower asking price.

The Red Devils still have concerns over Paul Pogba’s long-term future, with Aouar’s creativity a perfect replacement for the Frenchman.

As for Jurgen Klopp’s men, the hunt for Gini Wijnaldum’s replacement goes on after the Dutchman joined PSG.

The likes of Saul Niguez and Renato Sanches have both been tipped to fill the void. However, it now appears that Aouar is also on their radar.