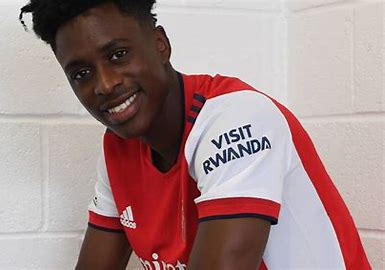 News of Lokonga’s capture followed what looked like an exciting development in the Gunner’s pursuit of Sassuolo’s frontman Manuel Locatelli, who now looks set for the Emirates unless the Italian club gets an offer higher than the 45 million the English club has tabled.

Arsenal thus are determined to land Locatelli and are working hard behind the scenes to get their hands on the Italy star, claims a report. The Gunners though have stiff competition for the Sassuolo midfielder in the form of Juventus. But so far, they are doing all they can to make sure the Old Lady do not get their hands on the Euro 2020 star.

Sambi Lokonga is regarded as one of the most promising young midfielders in European football and wore the captain’s armband at Anderlecht last season despite his tender age, having risen through the club’s academy. The Belgian underwent a medical with Arsenal last Friday and will wear jersey No.23 in north London.

Mikel Arteta and technical director Edu have been keen to strengthen Arsenal’s midfield options for the forthcoming campaign and Sambi Lokonga was quickly placed on their shortlist of targets, with Dani Ceballos and Martin Odegaard both returning to Real Madrid.

Meanwhile, Matteo Guendouzi left to sign for Marseille on a temporary basis last week and Granit Xhaka and Lucas Torreira look set for permanent moves away from the Emirates this summer.

The Belgium Under-21 international broke into Anderlecht’s first-team back in 2017 and went on to make 69 appearances for his boyhood club before leaving for the bright lights of the Premier League.

Mikel Arteta’s interest in Locatelli has been confirmed. Earlier this month Sassuolo director Giovanni Carnevali confirmed Arsenal had made an offer for the player.

“Arsenal have made an official bid for Locatelli. They’re pushing hard to sign Manuel and it’s an important bid… we will see. Juventus also want Locatelli and we have a special relationship with them. A new meeting has been scheduled with Juventus,” Carnevali said, via the Mirror.

It turns out that the offer is a better one than Juventus have put on the table so far.

According to Calciomercato via Sport Witness, Juve are struggling to find an agreement with their Italian rivals “thanks to a superior offer from Arsenal.”

The outlet claims the first meeting between the two Serie A sides was “not successful”. Juve were keen to take the player on a two-year loan deal with the “conditional redemption” option at the end of that loan.

They also proposed an alternative of buying the Italy international for €30 million, but Carnevali has refused that option. Spurred on by Arsenal’s tempting offer Sassuolo are sticking to their €40 million ($47.2 million) asking price.

While if it’s a loan deal they want a “guaranteed redemption obligation” in addition to a loan fee.