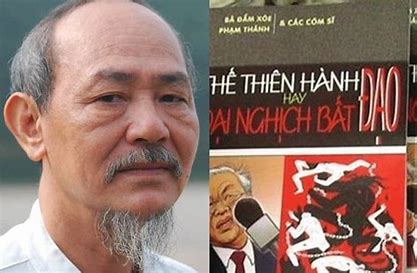 The International Federation of Journalists (IFJ) condemns the Vietnam government’s use of this legislation to intimidate journalists and disregard for press freedom.

The court sentenced Thanh on July 9 after his arrest in May 2020 under Article 117, which criminalises “creating, storing and disseminating information, documents, items and publications opposing the Social Republic of Vietnam.”

Thanh was a former editor at the Voice of Vietnam, a state-run radio broadcaster. After Thanh began opposing the Communist Party of Vietnam, he renounced his membership after 41 years to start advocating for a democratic system in the region.

In a 2019 Voice of America interview, Thanh said, “I had followed the [Communist] Party and State for 41 years. Now, looking back, I found our nation moved backward in every way. What is the cause? The reason is that we do not have democracy. The reason is that the Communist Party maintains a dictatorship! I fight against the communist dictatorship!”

The court claimed that Thanh had “distorted information that caused social concern” on his Facebook page and gave interviews to foreign media outlets.

Thanh’s lawyer, Ha Huy Son, said that Thanh “rejected the indictment, saying [in court] he did not break the law.”

The use of Article 117 has become a prominent part of the media landscape in Vietnam. On June 1, Vietnamese authorities issued a special warrant for the arrest of Le Van Dung because of Facebook live streams where Dung would highlight the social realities of Vietnam, which inevitably drew the attention of authorities.

The IFJ said, “The incrimination of journalists in Vietnam has grown exponentially and continues to pose a threat to press freedom. The IFJ calls for the Vietnamese government to release Pham Chi Thanh and repeal Article 117 of the Penal Code.”