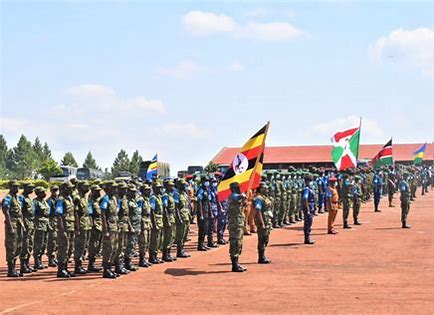 Tensions are spiking once again in the chronically turbulent eastern Democratic Republic of the Congo (DRC). The M23 rebel movement – widely thought to be long dead – has dramatically resurrected.

Tshisekedi has cancelled all RwandAir flights to DRC as well as trade and other commercial agreements. Kagame denies everything, suggesting that Tshisekedi resolve his own ‘internal’ problems. Rwanda has in turn accused DRC of firing rockets into Rwanda. The risk of open war looms dangerously.

What’s going wrong? The crisis is the result of both internal DRC and external regional geopolitical causes, experts say.

After the M23 took Goma, the capital of North Kivu province, back in 2012, the region and the international community sat up and took notice, mobilising against it. The United Nations (UN) Force Intervention Brigade, comprising South African, Tanzanian and Malawian battalions, was added to the United Nations Organization Mission in the Democratic Republic of the Congo.

But it had a more aggressive mandate, to eliminate ‘negative forces’. It defeated the M23, and its fighters fled to Rwanda and Uganda.

Meanwhile the United States (US), United Kingdom and other intelligence services found indisputable evidence of Rwandan support for the M23. US president Barack Obama called Kagame to tell him to back off – as Jason Stearns, director of the Congo Research Group, told the Centre for Strategic & International Studies on 10 June.

But the M23 were never dealt with, he noted. Either its members should have been arrested for their crimes in eastern DRC or brought back to DRC and properly reintegrated into the army or society. Neither happened.

So now they have returned to cause mayhem, although as Stearns points out not as much as in 2012-13, even if they recently took the small town of Bunagana on the Ugandan border.

The external trigger of the upsurge of tensions, most experts seem to agree, was that in November last year Tshisekedi signed a deal with Ugandan President Yoweri Museveni. It allowed him to send in his army to pursue the Islamic State-affiliated Allied Democratic Forces (ADF), which had just carried out a series of bombings in Kampala and elsewhere in Uganda that killed nine people.

The ADF is a particularly brutal rebel group originally from Uganda now based largely in eastern DRC.

As Paul-Simon Handy, regional director for East Africa and the Horn of the Institute for Security Studies (ISS), points out, the deal with Museveni also included contracts to Uganda to build several roads in eastern DRC. At the same time Tshisekedi struck a similar deal with Burundian President Évariste Ndayishimiye allowing him to send his troops in to hunt down his Red-Tabara rebel enemies also based in eastern DRC.

These deals “may have opened Pandora’s Box,” the International Crisis Group says. They also seem to have been a spectacular backfire. Because Handy notes that Tshisekedi had been trying hard to patch up relations with his eastern neighbours, which had been strained under his predecessor Joseph Kabila ever since he (Tshisekedi) took office in January 2019. He seemed to be succeeding.

“For Kagame, seeing Ugandan troops being deployed rang alarm bells,” Handy said. And not only the troops but also the commercial deals his rival Museveni had won. “Because Rwanda has enormous stakes in eastern DRC,” he said.

Gold is the largest export of both Rwanda and Uganda – and almost all of this is mined in the DRC. However Handy notes that Rwanda’s economic interests extend well beyond gold and other mineral resources, to include also, for example, telephone and transport businesses.

So Handy believes that Kagame saw his economic, military and political sphere of influence, as he regards it, being encroached on both sides from the north and the south. And felt that Rwanda’s security concerns weren’t sufficiently taken care of in the eastern DRC as his rebel enemies there, the Democratic Forces for the Liberation of Rwanda (FDLR), seemed to be gaining traction.

Handy observes that blaming only Rwanda is the easy way out. The DRC must share some of it for failing to implement any of the peace agreements it had signed with the M23 since 2013 and so had not offered the group a path to peace. He says it is important to remember that the M23 is a Congolese group, even if comprised of ethnic Rwandophones.

So where to from here? The ultimate underlying problem, as Stearns emphasised, is the weakness of the DRC state, which denies it control over its own territory and forces it to make compromising military deals like those with Uganda and Burundi that triggered the current crisis.

That though is a fundamental reality that is not going to disappear soon, so has to be worked around. And so the International Crisis Group proposed that Tshisekedi now rethink the Ugandan and Burundian deals, including by circumscribing their missions more precisely.

But this raises a difficult question: if Tshisekedi is going to outsource his state’s supposed monopoly of the use of force, to Uganda and Burundi, should he also do so to Rwanda to enable it to pursue the FDLR? Would it take that to placate Kagame?

The DRC recently joined the East African Community (EAC), and in May it convened the first collective effort to try to negotiate peace with the many eastern DRC armed groups in Nairobi. But this went nowhere, partly because the only significant rebel group invited was the M23 – and it pulled out because Tshisekedi would not talk to it, according to Stearns.

ISS chairperson Jakkie Cilliers finds it “promising … that, for the first time that I can recall, it’s the region trying to resolve their problem instead of outsiders, which is critical.” However, the proposal has also raised several questions. For one, the DRC insisted that Rwanda not be part of the force. The communiqué from the summit didn’t address that demand either way.

Another question is: how would the EAC force work with the Force Intervention Brigade? The Southern African Development Community (SADC), of which DRC is also a member, was the driving force behind the brigade back in 2013 and originally constituted all its troops.

SADC – and the UN – both appear to have been left out of the loop in the EAC’s planning and decision-making on how to deal with the eastern DRC problem.

Handy also suggests that Kenyan President Uhuru Kenyatta is driving this EAC initiative and that no small part of his motivation is to seek commercial opportunity for Kenya in eastern DRC. Which will in turn only alarm Kagame even more, and to some extent also Museveni.

Clearly, at the very least, what is called for here is for the multitude of players with stakes in the troubled eastern DRC to sit around the same table to coordinate a viable path to peace. This includes at least the EAC, SADC, the Economic Community of Central African States, the UN and the African Union.