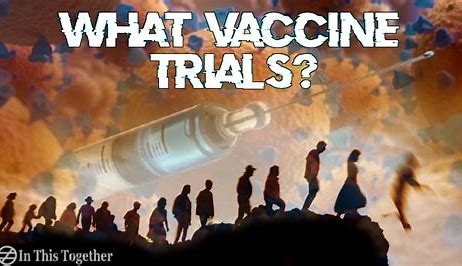 Companies are designing next-generation antibodies modelled on those taken from unique individuals whose immune systems can neutralise any Covid-19 variant – and related coronaviruses, too.

The US Food and Drug Administration (FDA) granted Emergency Use Authorisation (EUA) in late May to sotrovimab, providing a new therapeutic weapon in the fight against SARS-CoV-2 – and future coronaviruses with pandemic potential.

According to analysts and researchers alike, so-called super-antibodies such as sotrovimab should have an edge over first-generation monoclonal antibody (mAb) therapies for Covid-19 because of their broad neutralisation capacity in the face of emerging virus variants.

“Physicians aren’t going to sequence what version of the virus people have, so they’ll go for the antibodies that have the higher barrier to resistance or the ones that work on [known] variants,” says Phil Nadeau, an analyst at Cowen.

The antibody therapy from Vir Biotechnology and GlaxoSmithKline, a recombinant human immunoglobulin G1 mAb, is now the third mAb-based treatment marketed for individuals with mild-to-moderate Covid-19 who are at high risk for progression to severe disease.

Eli Lilly and Regeneron each have a two-mAb cocktail with EUAs for the same indication.

Although sales opportunities should diminish for all these products as vaccination rates increase worldwide, Nadeau anticipates there will be a sustained market for Covid-19 mAbs to help treat individuals who, for medical reasons, can’t mount an appropriate immune response to vaccination or, for whatever reason, elect not to get the shot.

Other broadly cross-reactive mAbs could soon be jockeying for market share as well, as investment money flows in to rush some of the leading candidates through late-stage clinical development. In April, for example, Adagio Therapeutics raised $336 million (on top of the $130 million war chest it amassed last year) to bankroll largescale trials of ADG20, an mAb now being evaluated for use as a therapy and for prevention.

Startups such as Centivax, Corat Therapeutics, IDBiologics, Leyden Labs, Memo Therapeutics and SpikImm are working on next-generation mAbs for Covid-19 as well.

Sotrovimab traces its roots back to blood drawn in 2013 from an individual who had recovered from the 2003 outbreak of severe acute respiratory syndrome (SARS); ADG20 has a similar origin story, while most other clinical-stage mAbs were inspired by antibodies found in more recent Covid-19 survivors.

Many companies then optimized their mAbs by extending half-lives, enhancing neutralizing activity, manipulating constant region (Fc)-mediated effector functions, or applying some combination of these engineering strategies.

To stay relevant, all mAb developers need to account for the wildcard that is viral evolution, says Jane Osbourn, CSO of Alchemab and former head of the UK BioIndustry Association’s antibody taskforce on Covid-19.

“A number of the clinical candidates out there are falling over against the [emerging] variants,” she says. “So, as a community, we should really be taking the time to think through how you stay ahead of the game in terms of that mutational drift.”

In lab studies, sotrovimab seems to maintain its neutralisation capacity against all circulating variants of concern, including some of the most worrying versions of the virus, first identified in South Africa, Brazil and India. Several of the leading phase three mAb candidates – including Adagio’s ADG20, AstraZeneca’s AZD7442 and Brii Biosciences’ BRII-196 and BRII-198 – do as well.

But Eli Lilly’s two-mAb cocktail is hobbled by escape mutations found in these variants, as is one of the agents, casirivimab, in Regeneron’s mAb combination. The other Regeneron agent, imdevimab, retains its activity, in large part because the mAb targets an epitope that does not overlap with that of its cocktail companion.

That non-redundancy offers some degree of protection against variant-mediated resistance, says Aeron Hurt, principal global medical science director for influenza and Covid-19 therapeutics at Roche, which partnered with Regeneron to handle manufacturing and distribution outside of the United States.

“Single antibodies are vulnerable to single mutations,” Hurt says – whereas a cocktail of antibodies that bind at discrete sites provides “an extra insurance policy.”

But an even better variant evasion tactic, asserts Adagio CSO Laura Walker, is what her company and Vir have done: both organizations independently screened for ultra-rare broadly neutralising mAbs that recognize highly conserved epitopes found across the entire family of SARS-like coronaviruses.

The scarcity of these antibodies limits the evolutionary selection pressure for escape mutations in nature, Walker points out. And because conserved residues typically serve essential protein functions, “the virus often can’t mutate those residues without suffering a fitness cost,” she says, “which means the barrier to escape is typically higher for these broadly neutralising antibodies.”

“But antibodies are not merely things that bind to and neutralise a viral protein,” notes Vir CSO Skip Virgin. Through their Fc domain, mAbs also induce innate and adaptive immune responses that help destroy infected cells – and those Fc-mediated activities, Virgin says, “are fundamentally important for treatment of SARS and Covid-19.”

Mouse studies published in Cell, in the Journal of Experimental Medicine and as a preprint in recent months now support this idea. But last year, as the Covid-19 mAb race was just heating up, many companies – including AstraZeneca, Eli Lilly, Abpro and others – chose instead to dial down effector functions in their mAbs.

They wanted to minimise the risk of antibody-dependent enhancement of viral infection, a phenomenon in which virus-specific antibodies can promote, rather than inhibit, disease.

This can be a real problem with certain pathogens, including the respiratory syncytial virus and the dengue virus, but Virgin and his colleagues realised early on that it did not seem to be an issue with SARS-CoV-2.