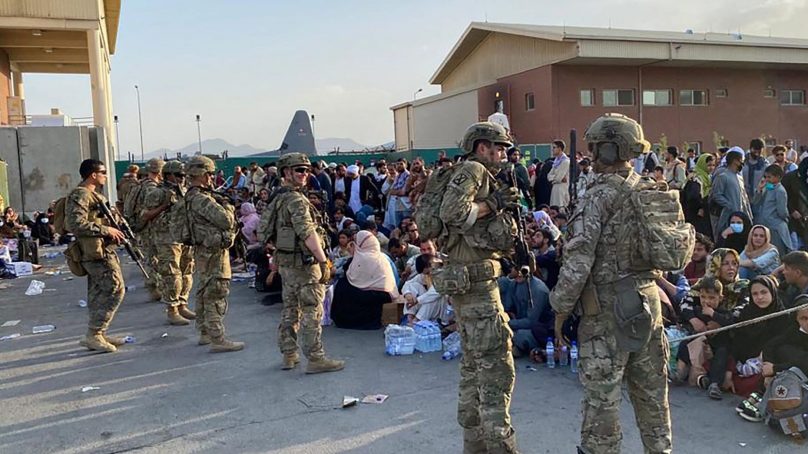 “The situation in Afghanistan is horrifying. We need immediate assistance.”

This is one of several distressing messages sent out by researchers in Afghanistan, following the Taliban’s capture of Kabul on August 15 and the evacuation of US military forces on August 31. Researchers are among those who are now especially vulnerable.

The United States has been their main source of funding and collaborations, and that puts them at increased risk of persecution by the new rulers. Most institutions remain closed, and many staff and students — women and men — are in hiding.

For now, the Taliban has announced an amnesty, and is urging Afghanistan’s professionals to stay in the country and continue to go to work. But researchers interviewed by Nature are not taking any risks. Many remember the Taliban’s previous rule from 1996-2001, and the systematic human-rights violations, particularly against girls, women and minority communities.

Since 2002, Afghanistan has witnessed a knowledge and information boom. New universities have been established, together with some 200 television channels and 1,900 media outlets, according to the United Nations cultural organisation Unesco.

The student population has ballooned from 8,000 to 170,000, one-quarter of whom are women. Afghanistan’s Academy of Sciences has grown to employ more than 300 people and its projects include research to create dictionaries in the approximately 40 languages that are spoken in the country. International collaborations have been set up. For example, Kabul University has been working with the Abdus Salam International Centre for Theoretical Physics in Trieste, Italy, to revamp undergraduate physics teaching in Afghanistan.

Since the Taliban’s takeover, organisations that help refugee scholars, such as Scholars at Risk, based in New York City, have been calling on universities in various countries to accept faculty members and students who are able to leave. Afghanistan’s neighbouring countries in south and central Asia – especially those that have provided higher education for previous generations of Afghanistan’s refugee scholars – should also provide support for researchers and students who need it.

But, in a country of 38 million people, most of Afghanistan’s researchers will probably be staying. And they, too, need the international research community’s support. This will be harder to give. But there are ways in which it can be done, for example by organizing research opportunities in ‘neutral’ countries – those that are not party to a conflict.

The Jordan-based synchrotron radiation source, SESAME, is an example of one such opportunity. It is designed explicitly to support researchers in countries that have difficult international relations. Although many years in the making, the pay-off has been worth the effort – its participants include Cyprus and Turkey, as well as Iran and Israel. Afghanistan’s researchers should now be invited.

During the cold war, the International Institute for Applied Systems Analysis, based near Vienna, was established in 1972 as somewhere that scientists from East and West could collaborate on interdisciplinary global challenges in a neutral country. Both the Soviet Union and the United States were among the founding partners.

The situation in Iran shows what could happen under the alternative scenario – enforcing a policy of isolation. During Iran’s Islamic revolution in 1979, a US-backed monarchy was overthrown in a cleric-led takeover.

Many of Iran’s former Western allies cut off all but basic consular links. Over time, Iran’s rulers have become increasingly repressive. This has hit academic communities hard: scientists with global links are arrested, imprisoned and seen as a security threat, as Nature and other publications have reported.

That, in turn, has fuelled a brain drain. Researchers at Stanford University in California have estimated that three million people – around four per cent of the population – had left the country by 2019, and more continue to do so. This compares with half a million who left before 1979.

The evidence is clear: Afghanistan’s new rulers and the outside world would be unwise if they pressed replay on the Iranian tape.

This means that, to continue supporting Afghanistan’s researchers, countries will need to maintain some minimal lines of communication with the new rulers. This will not be easy, and it will need the Taliban to honour its pledge that people who receive US or European funding, or who work with international organizations, will not be persecuted.

Researchers at risk must be able to leave and to resume their lives in countries that can provide them with safety and security. But, at the same time, research leaders in Afghanistan’s neighbouring countries – and those farther afield – must work strenuously to support those Afghans who are staying, and who must not be forgotten or neglected.