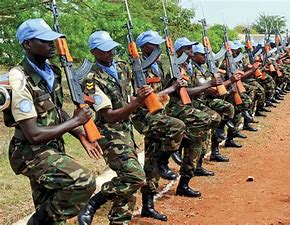 Evidence of the good work done by the United Nations Mission in South Sudan (UNMISS) comes in a just released report showing a 42 per cent drop in violence against civilians in the world’s newest country.

The UNMISS Human Rights Division annual brief on violence affecting civilians documented 3,414 civilian victims killed, injured or abducted with conflict-related sexual violence in 982 documented incidents. Most victims were men (75 per cent), followed by women (14 per cent) and children (11 per cent).

In 2020, UNMISS reported 5,850 civilian victims. Cases of conflict-related sexual violence declined slightly from 211 in 2020 to 194 to 2021, but remain unacceptably high according to a statement.

“Sub-national (regional) conflict accounted for most victims in 2021. Warrap remained the state with the highest number of civilian casualties (24 per cent), followed by Western Equatoria (19 per cent) and Jonglei and Greater Pibor Administrative Area (GPAA) (17 per cent), respectively.

Many victims were killed or injured during attacks by armed community-based militias across Jonglei and the GPAA. In May 2021, violence surged with at least 230 killed, 120 injured, 178 abducted and 14 women subject to conflict-related sexual violence.

A concerning surge of fighting was documented in Tambura, Western Equatoria, between ethnic militias allegedly affiliated with conventional parties to the conflict. This violence saw 440 deaths, 18 injured, 74 abductions, 64 sexual violence victims and an estimated 80,000 people displaced.

“UNMISS deployed peacekeepers proactively and pre-emptively to conflict hotspots and conflict areas. The Mission established 116 temporary operating bases last year enhancing protection of civilians through sustained long and short distance patrols. Concurrently, the Mission engaged in political and community consultations at local, state and national level as well as adopting a humanitarian-development-peace nexus approach,” according to the statement.