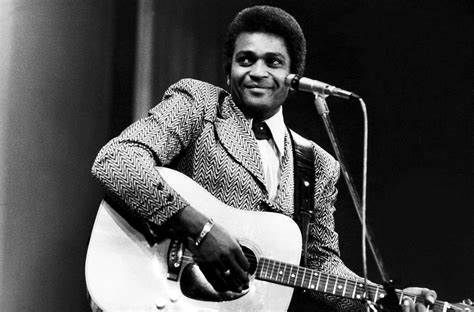 Charley Pride, a son of sharecroppers who rose to become country music’s first Black superstar on the strength of hits including “Kiss an Angel Good Mornin’” and “Is Anybody Goin’ to San Antone,” died on Saturday in hospice care in Dallas. He was 86.

Jeremy Westby, a publicist for Mr Pride, said the cause was complications of Covid-19.

Mr Pride was not the first Black artist to record country music, but none of his predecessors had anywhere near the degree of success he enjoyed. In 1971, just four years after his first hit records, he won the Country Music Association’s entertainer of the year award – the genre’s highest honour.

Mr Pride was born on March 18, 1934, in Sledge, Mississippi, to Tessie Stewart Pride and Mack Pride Sr. He served in the Army before moving to Montana to try to make it as a baseball player. He worked at a smelting plant and played semi-professional baseball in East Helena, where he was paid $10 to sing the national anthem before games, he told Montana Sports this year.

Mr Pride – who grew up listening to Grand Ole Opry concerts on the radio – was discovered in a bar in Montana, singing Hank Williams’s “Lovesick Blues.”

He began his recording career in 1963; two years later, he signed a contract with RCA Records, shuffling between Montana and Nashville before eventually to live full time in the hub of country music.

In 1967, his recording of “Just Between You and Me” became a Top 10 hit on Billboard’s country music charts. Only then did he quit his smelting job.

Last month in Nashville, Mr Pride received the Country Music Association’s Lifetime Achievement Award, which was presented to him by Jimmie Allen, a young Black country star. It was his last public performance.

Organisers of the event said they were “following all protocols” for dealing with Covid-19, but some in attendance were not wearing masks.

Previously, he had received a lifetime achievement Grammy Award in 2017 and had been named the Country Music Association’s male vocalist of the year in 1971 and 1972.

In the 20 years after his 1967 breakout hit, 51 more of Mr. Pride’s records reached the country Top 10 –  29 of them hitting No.1 – opening doors for other Black country music stars like Darius Rucker, who co-hosted this year’s CMA Awards.

“No person of colour had ever done what he has done,” Mr Rucker said in a 2019 PBS documentary about Mr Pride.

Mr Pride himself wrote in his memoir, “Pride: The Charley Pride Story” (1994), “We’re not colour-blind yet, but we’ve advanced a few paces along the path and I like to think I’ve contributed something to that process.”

Though Mr Pride faced racism in the industry – the singer Loretta Lynn was instructed not to embrace him at an awards show in the 1970s should he win the award she was presenting – many of his white counterparts in country music welcomed him as the star he had become.

He did win the award, and Ms Lynn not only hugged but kissed him.

When word spread that Mr Pride was Black, many radio stations refused to play his music. But Faron Young, a white country music star, came to Mr Pride’s defence, telling one station manager that “if he takes Charley Pride off, take all my records off.”

Dolly Parton said on Saturday she was “heartbroken that one of my dearest and oldest friends, Charley Pride, has passed away.”

“It’s even worse to know that he passed away from COVID-19,” she added on Twitter. “What a horrible, horrible virus.”

Former President George W. Bush remembered Mr. Pride as “a fine gentleman with a great voice,” saying in a statement: “Laura and I love his music and the spirit behind it.”

Mr Pride is survived by his wife, Ebby Rozene Cohran Pride and his children, Carlton, Charles and Angela.