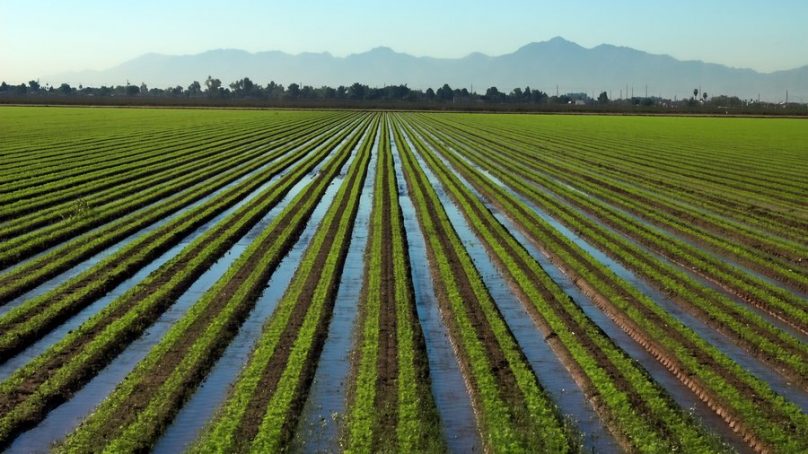 William Whitt suffered violent diarrhea for days. But once he began vomiting blood, he knew it was time to rush to the hospital. His body swelled up so much that his wife thought he looked like the Michelin Man, and on the inside, his intestines were inflamed and bleeding.

For four days last spring, doctors struggled to control the infection that was ravaging Whitt, a father of three in western Idaho. The pain was excruciating, even though he was given opioid painkillers intravenously every 10 minutes for days.

His family feared they would lose him.

“I was terrified. I wouldn’t leave the hospital because I wasn’t sure he was still going to be there when I got back,” said Whitt’s wife, Melinda.

Whitt and his family were baffled: How could a healthy 37-year-old suddenly get so sick? While he was fighting for his life, the U.S. Centers for Disease Control and Prevention quizzed Whitt, seeking information about what had sickened him.

Finally, the agency’s second call offered a clue: “They kept drilling me about salad,” Whitt recalled. Before he fell ill, he had eaten two salads from a pizza shop.

The story is replicated a million times over around the world in big cities and sprawling urban centres where garden farms have become the norm as families find cheaper ways of accessing fresh food. In Africa, big cities like Nairobi, Dar es Salaam, Lagos, Yaoundé, Johannesburg, garden farming using sewage water is common.

Authorities in these cities rarely pay attention to the health risks posed by the contaminated irrigation water and diarrheal disease explosion is common.

William Whitt and wife Melinda say it is irresponsible for the Food and Drug Administration to postpone water-testing requirements for produce growers.

“People should be able to know that the food they’re buying is not going to harm them and their loved ones,” Melinda Whitt said.

The culprit turned out to be E. coli, a powerful pathogen that had contaminated romaine lettuce grown in Yuma, Arizona, and distributed nationwide. At least 210 people in 36 states were sickened. Five died and 27 suffered kidney failure. The same strain of E. coli that sickened them was detected in a Yuma canal used to irrigate some crops.

For more than a decade, it has been clear that there’s a gaping hole in American food safety: growers aren’t required to test their irrigation water for pathogens such as E. coli. As a result, contaminated water can end up on fruits and vegetables.

After several high-profile disease outbreaks linked to food, Congress in 2011 ordered a fix, and produce growers this year would have begun testing their water under rules crafted by the Obama administration’s Food and Drug Administration.

But six months before people were sickened by the contaminated romaine, President Donald Trump’s FDA – responding to pressure from the farm industry and Trump’s order to eliminate regulations – shelved the water-testing rules for at least four years.

Despite this deadly outbreak, the FDA has shown no sign of reconsidering its plan to postpone the rules. The agency also is considering major changes, such as allowing some produce growers to test less frequently or find alternatives to water testing to ensure the safety of their crops.

“Mystifying, isn’t it?” said Trevor Suslow, a food safety expert at the University of California, Davis. “If the risk factor associated with agricultural water use is that closely tied to contamination and outbreaks, there needs to be something now. … I can’t think of a reason to justify waiting four to six to eight years to get started.”

The deadly Yuma outbreak underscores that irrigation water is a prime source of foodborne illnesses. In some cases, the faeces of livestock or wild animals flow into a creek.

Then the tainted water seeps into wells or is sprayed onto produce, which is then harvested, processed and sold at stores and restaurants. Salad greens are particularly vulnerable because they often are eaten raw and can harbour bacteria when torn.

After an E. coli outbreak killed three people who ate spinach grown in California’s Salinas Valley in 2006, most California and Arizona growers of leafy greens signed agreements to voluntarily test their irrigation water.

Whitt’s lettuce would have been covered by those agreements. But his story illustrates the limits of a voluntary safety programme and how lethal E. coli can be even when precautions are taken by farms and processors.

Farm groups contend that water testing is too expensive and should not apply to produce such as apples or onions, which are less likely to carry pathogens.

“I think the whole thing is an overblown attempt to exert government power over us,” said Bob Allen, a Washington state apple farmer.

While postponing the water-testing rules would save growers $12 million per year, it also would cost consumers $108 million per year in medical expenses, according to an FDA analysis.

For Whitt and his family, his illness has been traumatic as well as costly. After returning home from his nine-day hospital stay, he relied on narcotic painkillers for about six weeks. The infection caused a hernia and tore holes in the lining of his stomach that surgeons had to patch with mesh. Five months later, he still has numbness from the surgery and diarrhoea every week.

Whitt and his wife said it is irresponsible for the FDA to postpone the water-testing requirements when officials knew that people like Whitt could pay a hefty price.

“People should be able to know that the food they’re buying is not going to harm them and their loved ones,” Melinda Whitt said. “At this point, we question everything that goes into our mouths.”

The federal government often requires water testing to protect the public. Tap water is tested to make sure it meets health standards, and so are beaches, lakes and swimming pools.

But under the Trump administration plan, large growers would not have to start inspecting their water systems and annually test surface waters for pathogens until 2022.

Then they will have an additional two years to ensure irrigation water that comes in contact with vegetables and fruit does not contain E. coli above a certain concentration.

For the smallest farms, inspections and annual testing will begin in 2024 and they will have until 2026 to meet E. coli standards.

That means full compliance with the safeguards wouldn’t come until 20 years after three people died from eating California spinach, 15 years after Congress signed the Food Safety Modernization Act and eight years after Whitt and more than 200 others were sickened by romaine lettuce.

While the delay is just a proposal for now, the FDA has assured growers that it will not enforce the requirements in the meantime.

FDA officials declined interview requests. But a spokeswoman said the agency proposed the delay to ensure the testing requirements are effective.

“The Yuma outbreak does indeed emphasise the urgency of putting agricultural water standards in place, but it is important that they be the right standards, ones that both meet our public health mission and are feasible for growers to meet,” FDA spokeswoman Juli Putnam said in response to written questions.