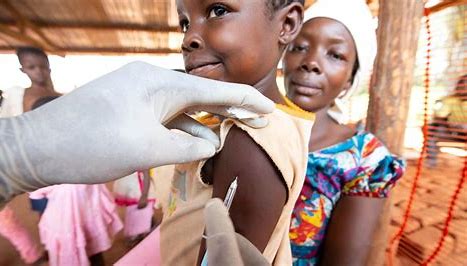 Covid nationalism: Regions where cases soar are the places where next variant will emerge

As I write, mass fatalities from Covid-19 have begun in Africa. Overall, only 1.1 per cent of people in low-income countries have received at least one vaccine dose. In my own Liberia, the proportion of people who have had both doses is just 0.18 per cent.

Recorded cases in the country jumped by 144 per cent between June 1 and July 21. This is probably an undercount.

The disease is more deadly here than elsewhere: the current case fatality rate in Africa is 18 per cent higher than the global average. Rates are worse among the critically ill. About half of those who are admitted to intensive care die within 30 days according to African Covid-19 Critical Care Outcomes Study Investigators Lancet.

Enough statistics. The number of graves being dug each day in Liberia recalls the 2014 Ebola catastrophe. Like Ebola, Covid-19 infects and kills a disproportionate number of health-care workers, and Liberia already has far too few.

My social media used to be alive with wishes for happy birthdays and anniversaries. Now it is inundated with “rest in peace”. The moment for high-income nations to come to the aid of Africa, a continent they depend on for an abundance of human and natural resources, has almost passed.

I was head of case detection in Liberia during the Ebola crisis in 2014, when the world took eight months to act. I remember weeping in the homes of entire families swept away by the disease. Now I spend my days advocating that world leaders avoid repeating the mistakes of that outbreak. Lately my focus has been on increasing West Africa’s access to equipment needed to safely administer oxygen to patients. Oxygen supplies are also a concern: Sierra Leone, for instance, has only two oxygen-production plants for 7.8 million people. Uganda has the capacity to produce about 3,000 oxygen cylinders a day, but the likelihood is that in the coming months it will need many, many more.

Let me tell you about two brothers who attended church with my aunt. The younger, a family man and valued member of his community, fell ill on a Monday. He was incorrectly diagnosed with and treated for malaria and typhoid fever, which are common here. Despite government warnings that cases of Covid-19 were rapidly increasing, neither the man nor his family or caregivers realised this risk until Wednesday, when he had difficulty breathing and was rushed to a private hospital.

With all of the oxygen cylinders in use by the dozen people with Covid-19 already there, his family watched, helpless, as he died, unable to breathe. They approached funeral home after funeral home to find one with space for his body.

The man’s eldest brother, who had retired to Liberia after a career in the United States, agreed to cover all the expenses, but also died from Covid-19 even before the younger man’s funeral.

Africa was largely spared by the pandemic in 2020, but not this year. We lack vaccines and we are gasping for air.

Had the global north delivered on its promises to provide vaccines, many deaths could have been averted. By the beginning of July, fewer than 50 million of the 700 million doses that the Covax initiative promised to deliver to Africa this year had arrived. They might yet arrive by December, but, by then, it will be too late for many.

During the worst period of the Ebola outbreak for Liberia, in July, August and September 2014, I saw people die in the streets. The world largely left us to combat a global health threat alone. One Ebola treatment unit built for 34 people had to serve 74 patients.

The sick would wait for someone to die to free up space. Yet when a handful of Ebola infections reached developed countries, some $3.5 billion poured in to fight the outbreak. This enormous sum came too late to save many of the 11,300 who died in West Africa. Less than a decade later, here we are again.

Last October, before vaccines were available, the head of the Africa Centres for Disease Control and Prevention issued a call in these pages to ensure that provision was made to get vaccines to the poorest countries.

In January, as rich countries were rolling out vaccine distribution, I helped to organize a call for action with 30 Ebola veterans and 81 global health professionals who, recognising the threat Covid-19 poses to Africa, petitioned the World Health Assembly to act to secure vaccines. Why are we still waiting?

As I and my peers across African health ministries see it, rich countries are hoarding vaccines, allowing doses to expire while unvaccinated people who want to be immunised die.

Let me say this as an African: our world as we know it is on the brink; we face massive death tolls, and the collapse of economies and nations. What is the real meaning of humanity? For all lives to be given the same value, irrespective of geography or economy.

In the aftermath of the Second World War, the United States developed the Marshall Plan to enable devastated countries in Western Europe to recover. It was an inspiring moment in human history. The current human calamity must be stopped with a new Marshall Plan, whereby prosperous nations freely share vaccines, manufacturing capacity and resources – if not for the sake of their consciences, then for health security.

Regions where Covid-19 cases are allowed to soar are the places where the next variant will emerge. That could undo all the advances made with the vaccine roll-out in developed countries.

Kenya was heaven until thieves broke in, fuzzed our dreams and they are now robbing our lives