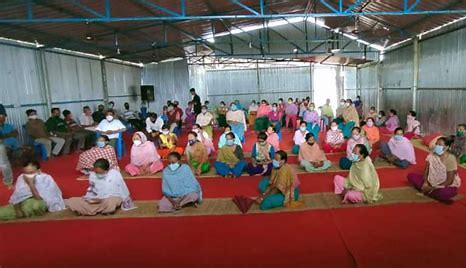 After the pandemic’s deadly first peak in April 2020, it became clear that Sweden’s quest to protect its elderly had failed. My home country had become the last outpost for a “herd immunity” approach, with the government ignoring international calls for quarantine.

Sweden’s strategy had two central goals: Limit the spread to prevent overburdening the healthcare system and protect its older citizens.

It did neither. The virus made its way into nursing homes, spreading from staff and visitors to residents, until the government, too late, banned visits on April 1, 2020. A month later, a report showed that nearly half of the 2,075 deaths in the country – one of the highest per-capita death rates in Europe – had occurred in nursing homes, and 90 per cent had happened among those aged 70 and above.

At the time, the failure sparked an intense debate about who was to blame and whether a lockdown would have helped. But today, as criticism of authorities has shifted from failed containment to slow vaccination rollouts, another question has loomed over me and my fellow Swedes: Is there an inherent disregard for older people in my country, a supposed bastion of social welfare and equality?

To Barbro Westerholm, a member of Swedish Parliament and Liberal Party spokesperson for older people and for LGBTQ issues, the answer is clearly yes. She argues that a century-old system of dividing society by chronological age categories dehumanises the 1.6 million Swedes aged 70 and older. Even the rhetoric around older people during the pandemic – lumping them in one category – is a symptom of longstanding ageism where they’re no longer seen as individuals with different health and experiences, says Westerholm, who is 88.

The debate over how we value the lives of older people isn’t limited to Sweden: It has grown louder in many countries with expanding elderly populations. Some aging advocates say that the West is facing a crisis of systemic ageism, in which older people have become invisible.

There is a general lack of research on the social status of the older population across cultures, but the results of a 2018 survey called the Moral Machine offered interesting insights. The game-format online survey presented participants with car-accident scenarios, asking them to decide whether a self-driving vehicle should plough ahead or swerve – and forcing them to choose between two categories of casualties. Either way, the car would run over someone.

As the programme went viral, decisions to sacrifice men or women, the healthy or sick, jaywalkers or pedestrians, among other groups, were submitted by millions of people from 233 countries and regions.

Although the experiment aimed to survey moral decisions more broadly, it garnered the most attention for something many might have assumed already – that people in general prefer to sacrifice the old before the young.

While there is a rationale for favouring the young – they have more years of life ahead of them – there’s also evidence of widespread ageism beyond imagined binary choices of life and death.

One study surveying American workers aged 45 and older estimated that in 2017 nearly two out of three respondents had seen or experienced age discrimination on the job.

Europeans are living longer than ever before. In the coming decades, the proportion of people of working age in the EU will continue to shrink (solid rectangles) while the elderly population will grow (bordered rectangles). By 2050, it is projected that Europe’s median age will be 48.2 years and women aged 85 years or older will make up the largest portion of the population.

Another paper, in 2020 in the Gerontologist, suggested that the mental toll of age discrimination, stereotyping and negative self-perception is contributing to health issues ranging from cardiovascular disease and impaired memory performance to loss of balance and cognitive abilities. Beyond the toll on people’s lives, the authors estimated that these effects amounted to $63 billion in yearly health-care costs.

The Moral Machine experiment also suggested that while people everywhere tended to opt to save the young, it was especially true for countries that the authors labelled “individualistic,” such as France, Sweden and the US. It was less so for East Asian countries (such as Japan and Taiwan) and majority-Muslim countries (such as Pakistan and Saudi Arabia), which the authors labelled “collectivistic” – meaning that the needs of the group are put over those of the individual.

The authors suggested that these cultures put greater emphasis on respecting older members of the community. But some social scientists argue that something other than individualistic culture explains the relative disdain for older people in the West, and thus requires different remedies. That is, people are forced to leave their jobs by a certain age, and their efforts as voluntary workers are rendered invisible.

The idea that Eastern or more communal societies show a greater regard for the older population is widespread and likely reinforced by the existence of laws in some countries that spell out citizens’ responsibilities toward senior relatives. The Parliament of India, for example, passed a law in 2007 making it punishable to neglect the needs of senior family members, for example. China passed a similar law in 2013, compelling adults to tend to their parents’ spiritual and mental health and to “never neglect or snub elderly people.”

The general respect for older individuals in Asian, African and the Middle Eastern countries could be traced to the interdependence between generations that has created strong social networks, says Kavita Sivaramakrishnan of Columbia University, a public health historian of South Asia. But, she adds, with globalization and urbanization reshaping family structures, it’s hard to make generalizations.

And while interdependence can foster intergenerational solidarity, it tends to break down in times of crisis. For instance, in South Africa, where apartheid and HIV wiped out a large part of the middle generation, many young and unemployed people have come to rely on the pensions of the older generation. In some cases, that has led not to respect but to elder abuse as “young people tried to take away the pensions of older people,” Sivaramakrishnan says.

Racism: As a Black woman, I had to change my route home because England lost

Decolonising journalism: Is objectivity really possible or it is only to people who don’t have to fight to be seen fully?