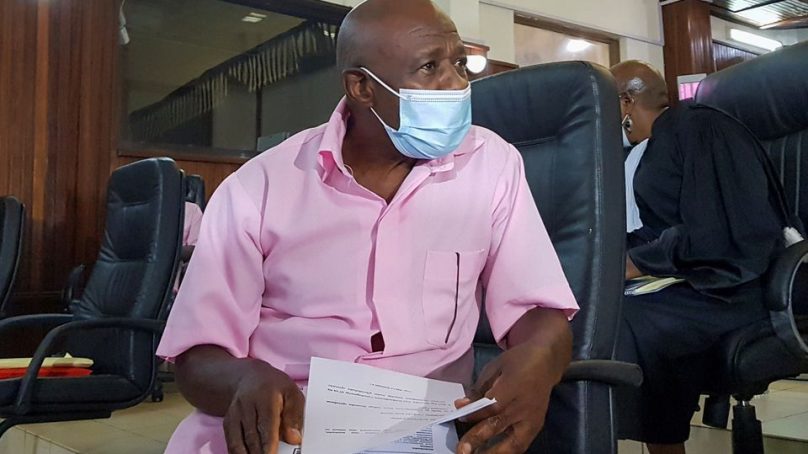 A Rwandan court has ruled that an appeal by prosecutors in a case involving Paul Rusesabagina, who was portrayed in the movie ‘Hotel Rwanda’ sheltering hundreds of people during the 1994 genocide, could proceed in his absence.

Rusesabagina, 67, was sentenced to 25 years in prison after being found guilty in September of eight terrorism charges related to the activities of an organisation opposed to President Paul Kagame’s rule. read more

He refused to take part in his trial, which was denounced by his supporters as a politically motivated sham. Public prosecutors had asked for a life sentence and had announced after the trial that they would appeal. read more

They have not said what they are seeking from the appeal, which also concerns 20 other defendants who were tried at the same time as Rusesabagina. His family have said the prosecutors were seeking to have his sentence converted to life.

The appeal hearing had been due to start on Monday but Rusesabagina, who is in a Rwandan prison, did not appear and the court adjourned to examine whether he had been duly notified that it was happening.

“The court finds that the fact that Paul Rusesabagina was notified by the head of the prison, who has jurisdiction to do that, where he is detained, shows that it was his decision not to attend the hearing,” said Judge Emmanuel Kamere on Tuesday.

“The case must be tried in his absence,” Kamere said during a short procedural hearing, adding that the appeal would go ahead on Thursday.

Rusesabagina denied all charges against him. His family and supporters say his case is an example of Kagame’s ruthless treatment of political opponents.

He has acknowledged having a leadership role in the Rwanda Movement for Democratic Change (MRCD), but denied responsibility for violence carried out by its armed wing, the National Liberation Front (FLN). The trial judges said the two groups were indistinguishable.

In the 2004 film, Rusesabagina was depicted risking his life to shelter hundreds of people in the hotel he managed in the Rwandan capital Kigali during the 100-day genocide, when Hutu extremists killed more than 800,000 Tutsis and moderate Hutus.

Actor Don Cheadle’s portrayal of the hotel manager won him an Oscar nomination, while Rusesabagina himself was awarded the Medal of Freedom by U.S. President George W. Bush in 2005.

Rusesabagina later used his fame to highlight what he described as abuses by Kagame’s government.

Kagame, who has ruled since 1994, denies the accusations and has enjoyed support from Western donors for restoring stability and boosting economic growth. However, human rights groups describe the Rusesabagina case as part of a pattern of intimidating opponents.