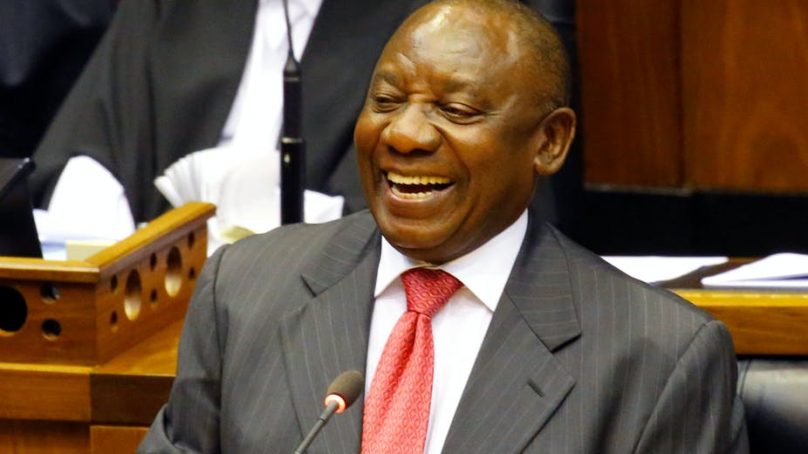 Coronavirus vaccine: Africa has a mountain to climb

The announcement by the African Union on Wednesday that it plans to buy approximately 300 million doses of coronavirus vaccines for the continent comes as a big relief for a part of the world that has been hit harder by the economic setbacks unleashed by the pandemic than the virus itself.

The vaccines will be acquired from Pfizer, AstraZeneca through the Serum Institute of India and Johnson&Johnson and will be supplied in two phases.

However, taking a cue from the United States where the administration of the vaccine faces multiple bottlenecks in Africa, a continent with at least 1.3 billion people. From distribution hurdles already being experienced in the US and Britain, Africa will require more than delivery of the vaccines – including, from conceptual to actual vaccines – to be able to immunise its mainly youthful population against the deadly virus.

In a statement, Mr Ramaphosa explained, “From the onset of this pandemic, our focus as a continent has been on collaboration and collective effort. We have held steadfastly to the principle that no country should be left behind.”

However, it remains to be seen how Africa will surmount the challenges that are delaying the distribution of the already approved vaccines in the US.

Nothing has changed in the US yet since the exercise began, though the HHS announcement on Tuesday means states will be adapting their plans.

In fact, Health and Human Services Secretary Alex Azar, has encouraged states to move fast by promising that those that run through their doses quickly will be first in line to get more. But the simmering disagreement and unease have not abated, either.

“When you disrupt an immunisation program by saying, ‘Look, we’ll get to the second dose when we can, there are going to be a lot of people who don’t get that second dose’,” says Paul Offit, a paediatrician and vaccine developer at the Children’s Hospital of Pennsylvania.

“We know this from the shingles vaccine, which is given, and then given again two to six months later, and only 75 per cent of people come back for the second dose.”

That second dose is crucial to achieving immunity, because the vaccine formulas operate on a strategy of invoking an immune response with the first dose and then boosting it with the second.

The first dose does confer some protection: more than 50 per cent for the Pfizer formula, more than 80 per cent for the Moderna one. But their clinical trials were not designed to detect and did not report, what happens to that first immune reaction if the second shot is delayed.

To those who recommend distributing the first dose as widely as possible, and thus possibly delaying a second one, the achievement of less protection in more people feels like an acceptable trade-off.

“We’re not proposing not to give the second dose, and we’re certainly not proposing delaying it for many months,” says Ashish K. Jha, a physician and dean of the Brown University School of Public Health, who co-authored the Washington Post editorial that recommended stretching out US dosing.

“But we think there is no good scientific reason to believe that, if you delay by a few weeks, that somehow protection will wane – while not having 50 per cent of doses sitting in freezers would have such a profound impact on reducing hospitalisations and reducing use of ICU beds.”

Extending dosing and cutting dose amounts both aim for the same result, making sure that available vaccines are administered to the maximum number of people. It’s a response to perceived scarcity. But it contains a contradiction – because at the moment, vaccines aren’t scarce.

Yes, fewer doses have been delivered than the companies and Operation Warp Speed promised. But two-thirds of what’s been delivered is not being used. Almost every day there are reports of hospitals throwing out expired doses and pharmacies offering the shot to whoever happens to be nearby at closing time.

That reality is leading some researchers to argue against delaying or splitting doses until the FDA can re-evaluate any data and the companies can supply new research.

“We have a process in this country that protects the American public and makes sure everything is safe and effective,” says Ali H. Mokdad, a professor and health metrics expert at the University of Washington. “We shouldn’t throw it away because we have an emergency. We should go back to the FDA and get an approval.”

In other words, what looks like a scarcity problem may actually be a logistics problem. But it could become a scarcity problem: The US originally contracted for enough shots to immunize 185 million Americans, but there are 209 million residents older than 18 – which means everyone won’t be covered, even if every dose is delivered and none are thrown away. Plus, 300 million of those doses were bought from AstraZeneca, whose US vaccine authorisation has been held up by a data issue and won’t arrive for several more months.

Officials from the National Institutes of Health have acknowledged that they are studying the data from Moderna’s vaccine trial, seeking to learn whether the proposal to halve doses can be supported.

Meanwhile, cases and deaths are rising: Every day for the past week, there have been almost 250,000 new cases per day in the US, and more than 3,200 deaths.

“I know for certain that if we don’t get a lot more vaccine doses out, we’re going to hit 500,000 deaths before the end of February,” he says. “That feels certain to me. And I’m willing to say that we should not worry about a week, or two, or even three-week delay in a second dose, if the benefit is, we save a lot of lives.”