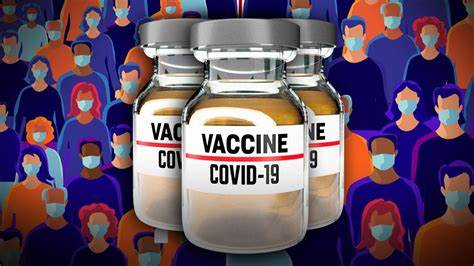 For much of the past year, life in Western Australia has been coronavirus-free. Friends gathered in pubs, people kissed and hugged their relatives, children went to school without temperature checks or wearing masks.

The state maintained this enviable position only by placing heavy restrictions on travel and imposing lockdowns – some regions entered a snap lockdown at the beginning of the year after a security guard at a hotel where visitors were quarantined tested positive for the virus.

But the experience in Western Australia has provided a glimpse into a life free from the SARS-CoV-2 coronavirus. If other regions, aided by vaccines, aimed for a similar zero-Covid strategy, then could the world hope to rid itself of the virus?

It’s a beautiful dream but most scientists think it’s improbable. In January, Nature asked more than 100 immunologists, infectious-disease researchers and virologists working on the coronavirus whether it could be eradicated.

Almost 90 per cent of respondents think that the coronavirus will become endemic – meaning that it will continue to circulate in pockets of the global population for years to come.

“Eradicating this virus right now from the world is a lot like trying to plan the construction of a stepping-stone pathway to the Moon. It’s unrealistic,” says Michael Osterholm, an epidemiologist at the University of Minnesota in Minneapolis.

But failure to eradicate the virus does not mean that death, illness or social isolation will continue on the scales seen so far. The future will depend heavily on the type of immunity people acquire through infection or vaccination and how the virus evolves.

Influenza and the four human coronaviruses that cause common colds are also endemic: but a combination of annual vaccines and acquired immunity means that societies tolerate the seasonal deaths and illnesses they bring without requiring lockdowns, masks and social distancing.

More than one-third of the respondents to Nature’s survey thought that it would be possible to eliminate SARS-CoV-2 from some regions while it continued to circulate in others. In zero-Covid regions there would be a continual risk of disease outbreaks, but they could be quenched quickly by herd immunity if most people had been vaccinated.

“I guess COVID will be eliminated from some countries, but with a continuing (and maybe seasonal) risk of reintroduction from places where vaccine coverage and public-health measures have not been good enough,” says Christopher Dye, an epidemiologist at the University of Oxford, UK.

“The virus becoming endemic is likely, but the pattern that it will take is hard to predict,” says Angela Rasmussen, a virologist from Georgetown University, who is based in Seattle, Washington. This will determine the societal costs of SARS-CoV-2 for five, 10 or even 50 years in the future.

Five years from now, when childcare centres call parents to tell them that their child has a runny nose and a fever, the Covid-19 pandemic might seem a distant memory. But there’s a chance the virus that killed more than 1.5 million people in 2020 alone will be the culprit.

This is one scenario that scientists foresee for SARS-CoV-2. The virus sticks around, but once people develop some immunity to it – either through natural infection or vaccination – they won’t come down with severe symptoms.

The virus would become a foe first encountered in early childhood, when it typically causes mild infection or none at all, says Jennie Lavine, an infectious-disease researcher at Emory University in Atlanta, Georgia.

Scientists consider this possible because that’s how the four endemic coronaviruses, called OC43, 229E, NL63 and HKU1, behave. At least three of these viruses have probably been circulating in human populations for hundreds of years; two of them are responsible for roughly 15 per cent of respiratory infections.

Using data from previous studies, Lavine and her colleagues developed a model that shows how most children first come down with these viruses before the age of six and develop immunity to them. That defence wanes pretty quickly so it is not sufficient to block reinfection entirely, but it seems to protect adults from getting sick, says Lavine. Even in children, the first infection is relatively mild.

Whether immunity to SARS-CoV-2 will behave in the same way is so far unclear. A large study of people who have had Covid-19 suggests that their levels of neutralising antibodies – which help to block reinfection – start to decline after around six to eight months.

But their bodies also make memory B cells, which can manufacture antibodies if a new infection arises, and T cells that can eliminate virus-infected cells, says Daniela Weiskopf, an immunologist at the La Jolla Institute for Immunology in California, who co-authored the study.

It’s yet to be established if this immune memory can block viral reinfection – although cases of reinfection have been recorded, and new viral variants might make them more likely, they are still considered rare.

Weiskopf and her colleagues are still tracking the immune memory of people infected with COVID-19 to see if it persists. If most people develop life-long immunity to the virus, either through natural infection or vaccination, then the virus is unlikely to become endemic, she says.

But immunity might wane after a year or two – and already there are hints that the virus can evolve to escape it. More than half the scientists who responded to Nature’s survey think waning immunity will be one of the main drivers of the virus becoming endemic.

Because the virus has spread around the world, it might seem that it could already be classed as endemic. But because infections continue to increase worldwide and with so many people still susceptible, scientists still technically class it as in a pandemic phase. In the endemic phase, the number of infections becomes relatively constant across years, allowing for occasional flare-ups, says Lavine.

To reach this steady state could take a few years or decades, depending on how quickly populations develop immunity, says Lavine. Allowing the virus to spread unchecked would be the fastest way to get to that point – but that would result in many millions of deaths. “That path has some huge costs,” she says. The most palatable path is through vaccination.

Countries that have begun distributing Covid-19 vaccines soon expect to see a reduction in severe illness. But it will take longer to see how effectively vaccines can reduce transmission. Data from clinical trials suggest that vaccines that prevent symptomatic infection might also stop a person from passing on the virus.