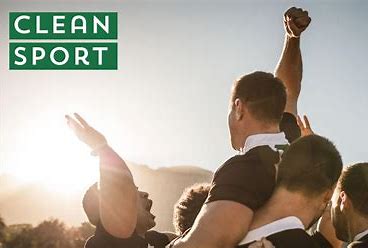 The world of sport is replete with rhetoric involving the word ‘clean’. Whether in the mission statements of organisations such as UK Anti-Doping or in the names of groups such as the US non-profit organisation the Partnership for Clean Competition, clean is used as a label of integrity, authenticity and fairness.

Yet, despite the pervasiveness of the term, it is not always clear what clean sport really is.

Often the definition revolves around the use of prohibited performance-enhancing drugs or methods. Performance enhancement is encouraged in sport, provided it is achieved through legitimate means. When strategies for boosting performance employ substances or methods specifically outlawed by a governing body, such as the World Anti-Doping Agency (WADA), the practices become doping.

All athletes know that doping is just one of many forms of cheating. There are numerous ways to gain an unfair advantage that do not involve banned drugs and myriad unethical behaviours undermine sporting integrity in other ways.

For example, some athletes might use shoes that have been illegally modified to give the wearer an edge. Others might manipulate the process of classification by weight, age or level of disability to compete against opponents in a different class, or find ways to avoid having to cover the same distance as their competitors.

Some athletes with spinal-cord injuries might even go to the extreme of using a prohibited self-harming practice to increase blood pressure before a competition – known as boosting.

And some forms of cheating do not confer a competitive advantage. Sports betting, for instance, allows athletes to benefit financially from fixing the result of a competition or even receiving a yellow card at a certain time.

Other threats to sporting integrity are not cheating at all, but rather issues such as sexual abuse, racism and gender discrimination.

Clearly then, the absence of performance-enhancing drugs cannot be the sole factor by which a sport is labelled as clean. The anti-doping movement has been the cornerstone of clean sport for more than 20 years. But this focus on prohibited drugs might have contributed to a failure to crack down on other behaviours that threaten the integrity of sport.

Doping is well-regulated across sports and nations, but other forms of cheating are dealt with by a series of uncoordinated rules that are made and enforced by a mixture of international and national organisations.

Disjointed regulation creates weak points where there is a lack of adequate monitoring, making both sports and athletes vulnerable to corruption. If clean sport is to represent the epitome of fair and authentic competition, then all unethical behaviours must be better regulated.

Those involved have been talking about this need for many years. In 2011, David Howman, who was then the director-general of WADA, proposed the creation of an international integrity body that would work independently to address not just doping but also other threats to clean sport, such as bribery and harassment, and coordinate action across sports and countries.

“The criminal underworld is engaged in clear and serious efforts to corrupt the sporting world,” he said. “If we do not do this, we face a very rocky future.”

An organisation such as this is likely to be part of the solution. The question is when and how it should be established and how its effectiveness should be judged.

If such a body were to be set up, it would probably be led by existing international and national anti-doping agencies. However, it is not reasonable to expect these organisations to broaden their remit to cover all forms of cheating.

Anti-doping organisations have considerable experience in the detection of prohibited substances, but they might well have no knowledge of other threats to sporting integrity. In addition, many of these organizations are already stretched by their current efforts.

Asking them to take on more responsibility might not only fail to make sports significantly cleaner but also hinder ongoing efforts to fight doping.

Building on existing anti-doping systems cannot, therefore, be the answer. Instead, international sporting associations should be given the assistance they need to build the knowledge and expertise required to deal with the specific threats they each face.

Integrity issues vary by sport, so in the near term it will be more effective to divide the challenge of protecting integrity by sport, rather than by particular problems, such as doping, match-fixing or abuse.

There are a handful of examples of movement in this direction. The Athletics Integrity Unit in Monaco, chaired by Howman, was created in 2017 to independently manage all threats to the integrity of athletics.

Since then, several international sports entities have begun to address a broad scope of integrity-related issues in their sport and increase their expertise – the first step towards an overarching integrity body.

Athletes, spectators, organisers and sponsors all want to see sport that is fair and authentic. To achieve this, organisations must move beyond the war on drugs that has dominated the clean-sport agenda for so long. Preventing doping is a component of protecting integrity in sport, but the real goal must be to stop cheating of any kind.