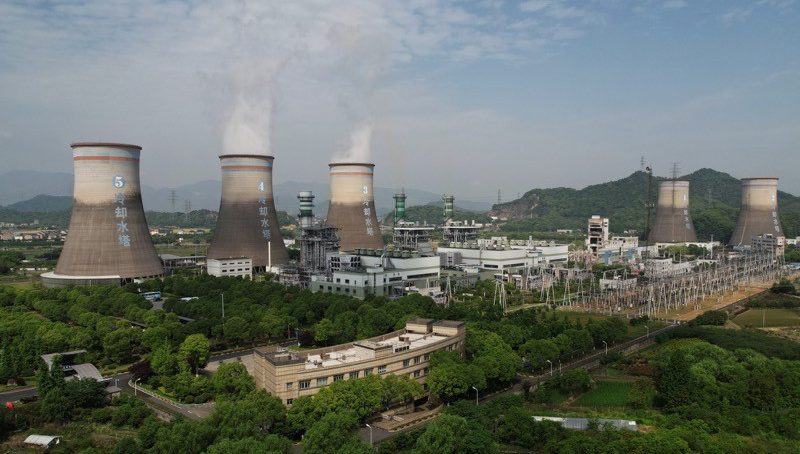 China, the world’s largest emitter of greenhouse gases, has launched its first national emissions-trading scheme. Such carbon-pricing mechanisms exist in around 45 countries already, but China’s scheme, which began trading last week, is the world’s biggest.

It has been plagued by delays, and researchers argue it might not be ambitious enough to enable China to meet its emissions-reduction goals, including a 2030 deadline for peak emissions and a 2060 goal of net-zero emissions.

“We can’t put all the eggs in one basket,” says Hongbo Duan, an economist at the School of Economics and Management at the Chinese Academy of Sciences in Beijing. “We need to do more, like develop renewables and also CCS – carbon capture and storage.”

But Duan is hopeful that the scheme will have a far-reaching impact over time. Unlike other national mechanisms, China is using intensity of emissions (the amount of emissions per unit of energy generated) rather than absolute emissions to help reduce its impact on climate. “In the future, I think it may play a formidable role in curbing carbon emissions,” he says.

China began testing the waters in 2013, when it launched seven pilot schemes in cities including Beijing, Shanghai and Shenzhen. Reports that some companies were falsifying emissions data have driven a stronger focus in the national scheme on robust monitoring and reporting, says Yan Qin, an economist and lead carbon analyst in Oslo at Refinitiv, a global company that provides data on financial markets.

China’s rules and regulations around the scheme came into force in February but online trading did not begin until July 16.

China’s scheme is based on a cap-and-trade model, in which emitters — initially just coal- and gas-fired energy plants — are allocated a certain number of emissions allowances up to a set limit, or cap, and then either trade or buy allowances if they remain below or exceed this. The aim is to expand the plan to industries including construction, oil and chemicals in coming years.

What makes China’s scheme different from those operating in other countries and regions, such as the European Union, Canada and Argentina, is that China has chosen to focus on reducing the intensity of emissions generation, rather than absolute emissions.

A company’s initial emissions cap is a function of both its current energy output and the emissions intensity of its current operations, which is based on factors such as the type of coal and equipment it uses, says Brad Kerin, general manager at the Carbon Market Institute in Melbourne, Australia.

This then helps the authorities “look at how many allowances they offer initially, and then restrict that over time”, Kerin says. Each year, the cap is recalculated and reduced, which drives greater efficiency by requiring companies to reduce the amount of emissions they generate for the energy they produce.

“That’s the core of the emission-trading scheme: it provides incentive to more efficient generation or less carbon-intensive generation” of energy, says Qin, who explains that power companies can upgrade equipment and facilities to be more efficient and trade the emissions allowances they save, or otherwise buy allowances to cover excess emissions.

The issue for China is that its economy is expected to grow by 4-5 per cent annually, which means a significant increase in power consumption, and therefore emissions, Qin says.

The intensity target allows for “future economic development” while also meaning China can still “reduce the carbon emission per unit of economic output”, says Jianlei Mo, an economist at the Center for Energy and Environmental Policy Research at the Chinese Academy of Sciences in Beijing.

However, researchers are concerned that the initial allowances are too generous, the prices for these allowances too low, and the penalties for failing to comply are not severe enough to be a deterrent.

“The current design, this intensity-based target that you allow emissions to increase, that is not very helpful,” Qin adds. She suggests that the relatively soft opening is likely to be a concession to power producers and the fossil-fuel industry. “You need to have the thermal producers on board, but after a few years that scheme has to be tightened.”

Frank Jotzo, an environmental economist and director of the Centre for Climate and Energy Policy at the Australian National University in Canberra, says it is a positive sign that China’s emissions-trading scheme has started. It’s unlikely to have much effect on emissions in its current form, he says, “however, it establishes the infrastructure that could be used in future to effectively and quite efficiently reduce emissions in China’s power sector”.

Another challenge for China will be to ensure the integrity of reporting and monitoring of emissions, says Qin. To address issues seen under the pilot schemes, the national mechanism has a tighter standard for companies reporting their emissions, which requires them to provide detailed technical information, such as data on coal type and consumption.

China is also relying on independent agencies to verify the data – similarly to the EU’s scheme, where operators submit annual emissions reports that are then independently confirmed by accredited verifiers. China is also encouraging its citizens and media to police this and report violations.