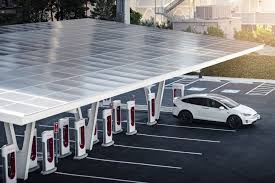 Extracting the valuable materials from an electric vehicle (EV) battery is difficult and expensive. The recycling process typically involves shredding batteries, then breaking them down further with heat or chemicals at dedicated facilities.

That part is relatively simple. The harder part is getting dead batteries to those facilities from wherever they met their demise. About 40 per cent of the overall cost of recycling, according to one recent study, is transportation. EV battery packs are so massive they need to be shipped by truck (not airplane) in specially designed cases, often across vast distances, to reach centralised recycling facilities.

Handling lithium-ion batteries is so demanding that dealerships have chosen to ship an entire 4,000-pound damaged vehicle to Oklahoma City, just so SNT can extract and repair or recycle the 1,000-pound battery inside.

In all, the journey is so labour- and resource-intensive that it generally exceeds the costs of digging up new materials from the ground. Currently, the only battery material that can be recycled profitably is cobalt, because it’s just that rare and expensive. For the same reason, many battery makers hope to eliminate it from their chemistries soon, threatening to make the value proposition for recyclers even harder.

“Recycling is not going to be profitable for everybody. That’s fantasy economics,” says Leo Raudys, CEO of Call2Recycle, a non-profit that handles recycling logistics for dead batteries. Even cobalt-free batteries are toxic and a fire danger, though they still contain plenty of valuable materials, like lithium and nickel. But recycling them responsibly is simply less profitable.

In short, whoever ends up with a dead battery will likely have to pay a recycler to take it off their hands. Raudys compares it to the early era of handling electronic waste, when producers and recyclers were caught on their haunches. “You still saw a lot of tube TVs end up in ditches,” he says.

There’s less risk of that for EV battery packs, Raudys says, in part because they are so big and hard to hide. A landfill won’t take them knowingly because of fire risk. A massive pack dumped somewhere is easier to trace back to an owner, or at least to its manufacturer. That will help keep most battery packs on the path to being recycled.

Hans Eric Melin, the founder of Circular Energy Storage, a consultancy that focuses on battery life-cycle management, agrees. Time will solve multiple problems. As more batteries die, the economies of scale will drive down costs. Another key, Melin says, is locating battery makers and battery recyclers closer to each other. He notes that the most highly developed battery recycling industry is in China, where 70 per cent of lithium-ion batteries are made.

In North America and Europe, there’s less manufacturing and less recycling. But some automakers have set up in-house recycling programmes to recover materials themselves, while recyclers are also thinking about battery making.

Still, others say some batteries will “leak” from these systems and not be recycled immediately. Some electric cars will end up abroad, as some 40 per cent of gas-powered vehicles currently do. It’s a common fate because cars deemed unfit for US roads can still be shipped overseas and sold at a steep discount. Melin says a small number of older EVs are already moving abroad. In his research, he found it easy to track down older models of the all-electric Nissan Leaf in Ukraine, where the company did not sell them until this summer.

“We have to control these end-of-life batteries. It shouldn’t be a horror stream.”

Sending used cars abroad is an important way of making electric vehicles accessible to poorer countries, Melin notes. But it raises the question of whether these places are prepared for safe and environmentally sound recycling when the vehicles die.

“We have evidence from the e-waste trade that there can be bad versions of recycling,” Kendall says, pointing to places like India and Southeast Asia. “It’s a misery.”

Closer to home, other EV batteries may “leak” into shadowy corners of the domestic auto industry, with players that don’t have the money or desire to deal with waste. One result is stockpiling batteries in the hopes that recycling costs will eventually fall or that the value of the batteries will rise.

“Some of it is wishful thinking,” Kendall says. Sometimes, the batteries wind up with enthusiastic but not always safety-minded DIYers. That can be useful, because those DIYers are likely to squeeze more electrons out of used batteries by repurposing them for new applications, like at-home energy storage. But some battery packs are broken down into individual cells or modules for repurposing, which means they’re more likely to go missing.

Government will likely get involved, too, as it did with the deposit system for lead-acid batteries. Last year, the European Union proposed regulations that would require battery and car manufacturers to handle recycling batteries, regardless of who owns them at the end of their lives.

“The dismantler can turn around and say, ‘I don’t want this thing in my yard. Here, take it away, Honda or Tesla or Toyota,’” explains Latham of Salvage Wire. New standards in the EU would also dictate how much of the precious metals inside of new batteries will need to be recycled from past devices, rather than virgin material.

Regulating the battery industry requires a careful balance, explains Melin. Strict rules aimed at maximising the greenness of EVs might slow the adoption of electric cars and lead to burning more fossil fuels – a far worse fate for the planet.

A particular concern for automakers is a requirement with a high threshold of recycled materials to be included in new batteries; that could be difficult to achieve, especially in the near term, and could increase battery costs.

In the US, California’s Environmental Protection Agency has convened an advisory committee to consider potential rules for battery recycling. In recent meetings, automotive industry lobbyists have argued that whoever takes the battery out of a car at the end of its life should be responsible for ensuring that it makes it to a recycler, potentially aided by incentives.

Automakers would serve as a backstop for the batteries that fall through the cracks.

In Oklahoma City, the batteries in the SNT warehouse mostly came from cars that are still under warranty, which means the automakers are responsible for them.

Tyler Helps, the company’s head of business development, says automakers are paying SNT to keep their old batteries because they don’t know what the used battery market is going to look like and whether the materials inside the battery might be more valuable in the future.

“So instead of the automakers saying, ‘I’m going to go and dispose of those materials,’ they say, ‘I’m just going to hold onto it,’” he says.

Sitting in a conference room just down the hall from the towers of batteries, Spiers himself expresses optimism. The last tenant of this warehouse was a company that constructed parts for oil pipelines, he points out. Now it’s owned by a company helping automakers ensure their electric cars are as green as they can be. They’re still figuring out the plan for many of the batteries in this warehouse, but Spiers believes that in the end, they’ll be viewed as an opportunity, not waste.

“​​If you can build an economic model that works as a carrot, then it makes sense for the whole industry to work toward this goal,” he says. “I think that is a much bigger motivator than regulation.” He’s motivated to get this right. There are, after all, big things at stake here – like the planet.