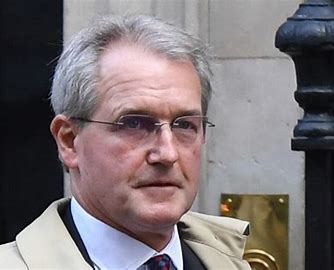 Tory Member of Parliament Owen Paterson has resigned as MP for North Shropshire following a lobbying scandal. However, the Conservative said he would “remain a public servant but outside the cruel world of politics” today.

He accused “people, including MPs” of publicly mocking his wife’s suicide in a statement released this afternoon. The politician said his children had asked him to leave his position after the family lived an “indescribable nightmare” for the last two years.

Mr Paterson was expected to be suspended from the Commons after being found guilty of an “egregious” case of paid lobbying. The Commons Standards Committee recommended a 30-day suspension for the breach, but Boris Johnson ordered Tories to block it.

The prime minister was forced into a humiliating about-turn when critics blasted him for “cronyism”, with Labour comparing him to Donald Trump. The PM’s spokesman said ministers were “seeking to bring forward a vote in the House as soon as possible”, but Mr Paterson quit before this could go forward.

His statement on Thursday read: “My integrity, which I hold very dear, has been repeatedly and publicly questioned.

“I maintain that I am totally innocent of what I have been accused of and I acted at all times in the interests of public health and safety. I, my family and those closest to me know the same. I am unable to clear my name under the current system. Far, far worse than having my honesty questioned was, of course, the suicide of my beloved and wonderful wife, Rose,” the MP lamented.

He then mourned his wife, “She was everything to my children and me. We miss her every day and the world will always be grey, sad and ultimately meaningless without her.”

The former environment secretary added: “Worst of all was seeing people, including MPs, publicly mock and deride Rose’s death and belittle our pain.

“My children have therefore asked me to leave politics altogether, for my sake as well as theirs. I agree with them. I do not want my wife’s memory and reputation to become a political football. Above all, I always put my family first.”

Mr Paterson consistently denied breaking lobbying rules, saying he raised important issues about food contamination in his contact with officials. He previously claimed the investigation into him “undoubtedly played a major role” in his wife’s death.